Aurora Cannabis Inc. (“Aurora” or the “Company”) (TSX: ACB) (OTCQB: ACBFF) (Frankfurt: 21P; WKN: A1C4WM) announced today that it intends to distribute units consisting of shares and warrants of its subsidiary, Australis Capital Inc. (“Australis”), to shareholders of the Company by way of a return of capital.

The Distribution will be paid on the basis of one Unit for every 20 Aurora shares outstanding on the record date, to be fixed by the board of directors of Aurora. Each Unit will consist of one common share (“Share”) and one Share purchase warrant (“Warrant”) of Australis. Each Warrant will entitle the holder thereof to acquire one Share at an exercise price of $0.25 per Australis share, on or prior to 4:00 p.m. (Eastern Time) on the date that is one year from the date of the Distribution.

Australis is applying to list its Shares and Warrants on the Canadian Securities Exchange (the “CSE”). Listing will be subject to Australis fulfilling all of the listing requirements of the CSE.

Australis is an investment company that intends to acquire ownership interests in a variety of opportunities and asset classes, primarily in the cannabis and real estate sectors in the United States. The Australis Board, Management and Investment Advisory Committee have material experience with, and knowledge of, the cannabis space in the U.S., and are anticipated to execute on high-quality investments.

While 29 states have legalized medical cannabis and 9 states plus the District of Columbia have proceeded with consumer legalization, cannabis remains a Schedule I controlled substance at the federal level in the United States. Consequently, the U.S. cannabis market is very fragmented in nature and includes many high-quality operations and technology innovators with limited access to capital. This has created a compelling opportunity for well-connected and capitalized companies to invest in U.S. assets, especially considering anticipated market growth, with over 50% of the U.S. population currently living in states with legal access.

Recent changes in U.S. federal positioning with respect to cannabis have positively impacted the perception of risk to invest in U.S. cannabis assets. This has further incentivized capital market participants to seek opportunities to fund U.S. based operations. Entering the U.S. market now, in compliance with regulatory requirements, represents a risk/reward balance that is attractive to a well-connected and funded operators.

Aurora has completed a series of intercorporate transactions in connection with the proposed Distribution, resulting in the Company holding a direct interest in 100% of the issued and outstanding common Shares and Warrants of Australis, and Australis holding the following investments:

Aurora will be prohibited from exercising the Restricted Back-in Right unless all of Australis’ business operations in the United States are allowed under applicable federal and state laws and Aurora has received the consent of the Toronto Stock Exchange and any other stock exchange on which Aurora may be listed, as required.

“The proposed distribution of Australis shares and warrants delivers an immediate return to Aurora shareholders, and creates the opportunity for holders to benefit financially as Australis executes on its investment strategy in the U.S.,” said Terry Booth, CEO of Aurora. “The fragmented U.S. cannabis market has many innovative and successful operators that struggle to access growth capital. This creates exciting and attractively priced opportunities for the well-connected and knowledgeable team at Australis to capitalize on. Although fragmented, many U.S. cannabis companies have done an excellent job in creating brand value and have developed high-quality, differentiated products with potential for geographic expansion. While regulatory requirements vary greatly from state to state, Australis are well prepared to navigate this landscape, secure opportunities, and pursue growth.”

Australis’ Board, Management team and Investment Advisory Committee have considerable financial, M&A and cannabis industry experience, and consist of the following people:

Campbell Birge, CFO
Mr. Birge has over 20 years of experience advising and working with public and private companies in Canada, the United States and Mexico. He is currently President and Director of U.S. listed CTT Pharmaceutical Holdings Inc. and previously served with other U.S. based public companies as CEO, CFO and as a Director. Mr. Birge is well connected in the capital markets, as well as has advised public companies in the cannabis sector.

Arlene Dickinson, Director
Arlene Dickinson is the owner and CEO of Venture Communications, a company she grew from a small, local firm to one of the largest independent agencies in Canada, and is also the CEO of District Ventures and Youinc.com, companies all aimed at helping market, fund and grow entrepreneurs and entrepreneurial companies. She is a two-time best-selling author, accomplished speaker, and may be best known for her role as a Dragon for eight seasons on the award-winning CBC series Dragons Den. Ms. Dickinson’s leadership has been recognized many times, including Canada’s Most Powerful Women Top 100, the Pinnacle Award for Entrepreneurial Excellence, as well as PROFIT and Chatelaine’s Top 100 Women Business Owners. She is also a Marketing Hall of Legends inductee.

Neil Belot
Mr. Belot has been the Chief Global Business Development Officer at Aurora since March 2017, where he focuses on developing business opportunities that drive Aurora’s international growth. Prior to this, he had held the position of Chief Brand Officer at Aurora since September 2015 with operational oversight of brand, sales, marketing, client care, and digital technology. Mr. Belot has been deeply involved with Canada’s medical cannabis industry and community for more than seven years. He also serves on the Board of Directors for Australia’s first licensed cannabis company Cann Group Limited, as well as for North America’s largest public chain of liquor stores, Alcanna Inc.. Prior to joining Aurora, he was the Executive Director of the trade association for commercial licensed producers known as the Canadian Medical Cannabis Industry Association since February 2015. Before joining the industry association, he managed one of Canada’slargest programs for the legislated bulk trading, pricing, hedging, transporting, and supply of energy to a portfolio of over 40 municipal corporate clients with over 15,000 points of distribution since January 2013. Mr. Belot earned an international finance-focused MBA while studying at Dalhousie University and Copenhagen Business School.

Prior to the completion of the Distribution, Australis intends to complete a non-brokered private placement (the “Private Placement”) with arm’s length purchasers. Australis intends issue up to 75,000,000 Shares at an offering price of $0.20 per Share for gross proceeds of $15 million. The Shares issued pursuant to the Private Placement will be subject to a statutory four-month hold period, as applicable. Funds will be used to execute on Australis’ investment strategy.

This news release does not constitute an offer to sell or the solicitation of an offer to buy securities in any jurisdiction. The Australis Shares to be distributed have not been approved or disapproved by any Canadian or U.S. regulatory authority nor has any such authority passed upon the accuracy or adequacy of the preliminary prospectus.

Headquartered in Edmonton, Alberta, with funded capacity in excess of 430,000 kg per year and operations across Canada and in Europe, Aurora is one of the world’s largest cannabis companies. The Company is vertically integrated and horizontally diversified across every key segment of the value chain, from facility design and engineering, to cannabis breeding and genetics research, cannabis and hemp production, extraction and high value-add product development, home cultivation and wholesale and retail distribution.

Highly differentiated from its peers, Aurora has established a uniquely advanced, consistent and efficient production strategy, based on purpose-built facilities that integrate leading-edge technologies across all processes. Intended to be replicable and scalable globally, these production facilities are designed to produce cannabis on a massive scale, with high flower quality, industry-leading yields, and ultra-low per gram production costs. Each of the Company’s facilities is built to meet European Union (EU) GMP standards, and both its first production facility and its wholly owned European medical cannabis distributor Pedanios have achieved that level of certification.

Aurora’s Common Shares trade on the TSX under the symbol “ACB”, and are a constituent of the S&P/TSX Composite Index.

Neither TSX nor its Regulation Services Provider (as that term is defined in the policies of Toronto Stock Exchange) accepts responsibility for the adequacy or accuracy of this release. 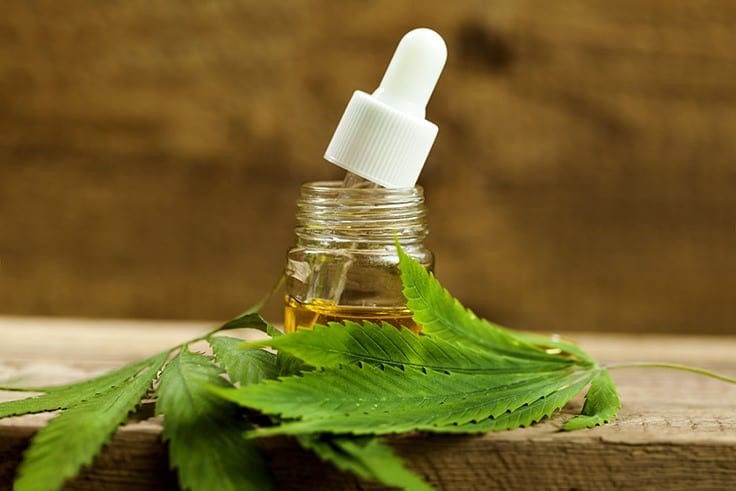 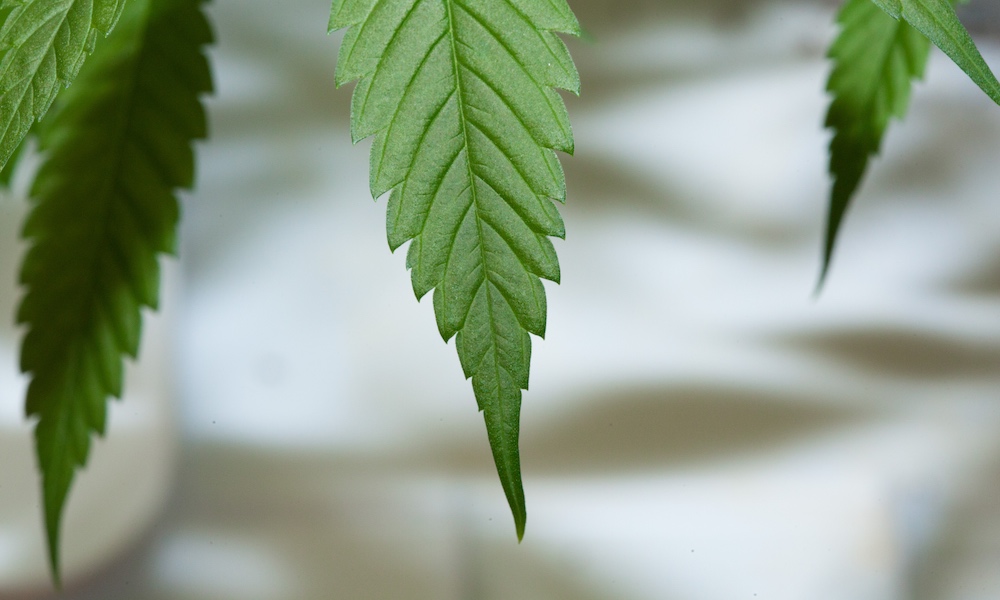 What Cannabis Legalization Opponents Have Right 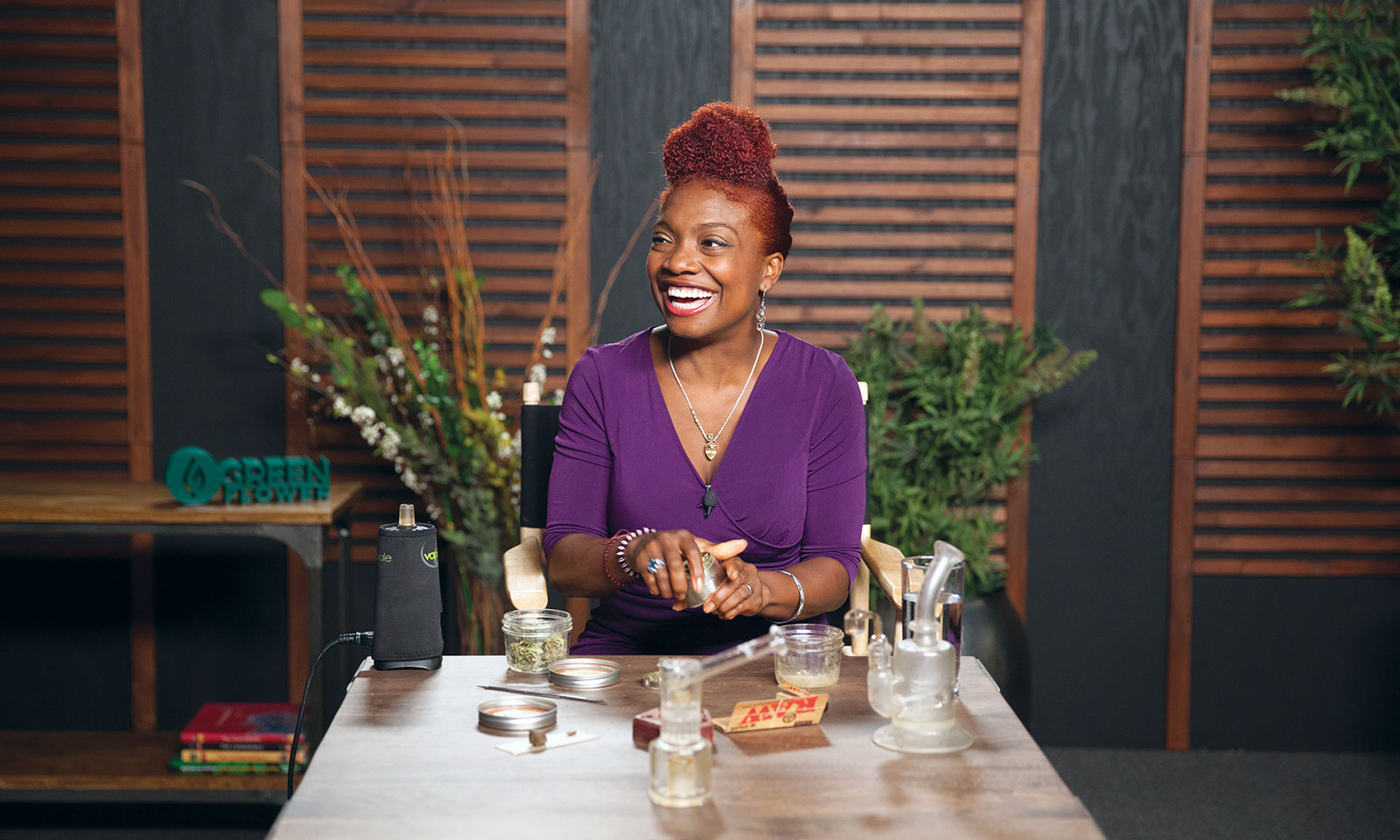