Cannabis Sales Continue to Soar Through The Pandemic 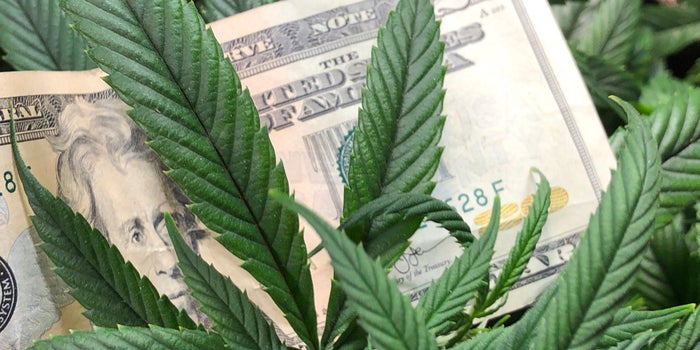 [Canniseur: It’s not surprising that cannabis sales are up during the time of COVID. And now, in several states, the economy would be helped by the addition of the revenue from legal cannabis. Oklahoma (in spite of the quality issues) seems to be going full-bore into cannabis sales. Now the state needs to get adult-use legalized.]

Every day, people across the United States demonstrate how legal cannabis could save the nation’s economy from the virus-caused downtown. They do so by buying record amounts of weed.

Almost all legal cannabis states made medical and adult-use dispensaries essential businesses that could stay open as lockdowns began. The lone exception, Massachusetts, has since changed course. This is good news for industry workers in the state since it now has more cannabis industry employees than hairstylists and cosmetologists. Most legal cannabis states release numbers each month that prove how right they were in making the choice to keep dispensaries open.

Oklahoma provides a great example. Only in the last year becoming a hotbed for cannabis advocates, the state clocked its fourth month in a row of record sales in May. Consumers spent $73.8 million on medical marijuana in April. The sharp rise in sales started with the COVID-19 pandemic, according to The Oklahoman.

And sales could have risen even more in future months. In May, state lawmakers from both parties voted for a bill that allowed dispensaries to deliver weed and for people from out of state to buy cannabis with a 90-day temporary card.

Marijuana still has a long way to go for acceptance in some parts of the country.

Some parts of the nation have still not learned the lessons driven home by the War on Drugs. It’s a mindset best exemplified by former U.S. Attorney General Jeff Sessions, who famously said: “Good people don’t smoke marijuana.”

This stigma against weed seems like one major component holding nationwide legalization back. Experts agree more research is needed on the effects of cannabis. But plenty of research has been done on alcohol and cigarettes. Both are linked to thousands of deaths each year, and both are legal from coast to coast. And there’s no such correlation with marijuana.

While the stigma persists, consumer actions during the lockdowns have shown the financial windfall for businesses and governments. Oklahoma dispensaries, for example, sent the state more than $5 million in taxes in April alone.

Seeing this, state lawmakers in New York have asked Gov. Andrew Cuomo to make weed legal in the Empire State. The state, hard hit by the virus, faces a $60 billion budget shortfall. Cannabis can’t cover all of that, but it also would not hurt.

New York State Sen. Jessica Ramos told the New York Post: “It’s not enough to say the state doesn’t have money. We have to find it. I believe legalizing marijuana can help.”

The benefits of legal marijuana are being seen across the nation.

All states must deal with the economic havoc caused by the coronavirus. But those with legal weed have seen some help because of record sales. Some of the record sales include the following.

It’s not all cannabis and roses. In Nevada, some predict a sales drop as the virus continues to impact tourism. However, now that casinos are open, that could change quickly. Experts also expect a lack of tourism to impact places with legal adult-use marijuana, including Colorado and Alaska.