For two decades, Advanced Nutrients has led the industry when it comes to cannabis-specific plant foods. Learn the incredible story of how owner Michael “BigMike” Straumietis founded the bud-building brand as well as Advanced Nutrients’ plans for the future of cannabis cultivation, extraction, lab testing, packaging and delivery.

Advanced Nutrients was founded by Michael “BigMike” Straumietis in 1999 when he saw an opportunity to create plant foods designed especially for marijuana growing. A cannabis cultivator since he was 23 years old, BigMike knew that the products available for feeding pot plants weren’t optimized to their full potential.

As a co-founder of Canadian Soilless Ltd. in 1996, BigMike recognized that the hydroponics industry was stagnating and, as he was soon to find out, terrified of any connection to pot growing. Ever since the DEA’s Operation Green Merchant, an offensive in 1989 that targeted marijuana-growing-equipment suppliers, companies refused to acknowledge that their products were being used to cultivate cannabis, even though they thrived on the business.

“It all happened because of fear and ignorance,” BigMike tells me. “We hired scientists to develop products explicitly for growing cannabis, and all of our competitors got nervous and boycotted us. Some of it is still happening to this day.”

Over time, BigMike revolutionized the hydroponic-nutrient business entirely, building Advanced Nutrients into a hundred-million-dollar-a-year company with current operations throughout North America, Eastern Europe, Germany and Spain, as well as sales in over 100 countries and growing. Advanced Nutrients now has 25 PhDs on staff who design and test cutting-edge marijuana-growing technologies, all backed by an unprecedented 100 percent money-back guarantee. Along with Tikun Olam in Israel and GW Pharmaceuticals in the United Kingdom, Advanced Nutrients in Bulgaria is one of only three companies in the world with a federally licensed permit for cannabinoid research.

Now on their seventh generation of nutrient lines, the scientists at Advanced Nutrients continue to create new pot-growing systems for farmers looking for consistently huge yields. As BigMike explains, “We don’t just provide nutrients—our line is a complete cannabis growth-manipulation system. We’re seeing growers achieve up to and over four pounds per 1,000-watt light!”

What separates Advanced Nutrients from its competition? “Science and research,” BigMike tells me. “Our products are made to grow cannabis, so they are tested on cannabis by scientists who specialize in it. None of this ‘tomato’ bullshit you hear from other companies. For example, it’s a complete myth that pot plants need a ton of phosphorus during flowering. We’ve been growing legally for over a decade and have discovered many marijuana-specific nutrient needs and fulfilled them. Our team is on the cutting edge and always looking for new breakthroughs in pot-plant growing technology.”

The philanthropic work done by BigMike and Advanced Nutrients shows that they truly care about the growers and patients without whom the company couldn’t exist. This isn’t mere lip service but real financial help for those in need. After the recent fires that devastated growers in the northern part of the state, Advanced Nutrients donated $100,000 in cash and $100,000 in nutrients to the California Growers Association. Contrast that with Scotts Miracle-Gro CEO Jim Hagedorn, who reportedly gave $250,000 to the Aviation Hall of Fame the same month and nothing to the growers of NorCal.

Advanced Nutrients also launched the Cannabis Care Program 15 years ago to distribute over a million dollars’ worth of nutrients to needy pot growers. In Bulgaria, and now in Los Angeles, the company’s Holiday Heroes program provides necessities to destitute and homeless people and toys for their children.

Legislative efforts are also an important part of BigMike’s agenda. Through the Cannabis Freedom Fund, Advanced Nutrients is fighting to reduce regulations on consumption at events, and the company champions the social use of cannabis and the release of nonviolent marijuana offenders as well the expungement of their criminal records. Advanced Nutrients is backing Gavin Newsom in California’s gubernatorial race because, as BigMike says, “He’s sincere in supporting our community in a big way!”

By never turning his back on the pot growers that supported him, BigMike built a brand that now does over $100 million a year in sales and is expanding into a variety of ancillary businesses and nonprofits. His newest efforts include a world-class research laboratory the likes of which doesn’t exist anywhere.

Named for the Roman god of crop protection, Lacturnus Labs, based in Los Angeles, is a $20 million facility designed by PhDs in conjunction with scientists from Harvard and MIT. The lab’s million-dollar Shimadzu Nexera unified-chromatography machine can analyze for particles down to single parts per billion. “You can’t hide anything from us!” BigMike tells me. “Diseases are carried in the vascular bundle of the plant. We can test for these pathogens and viruses in cuttings and let the grower know immediately what they’re dealing with. The biggest names in cannabis research are chomping at the bit to work with our equipment.”

The 50,000-square-foot Lacturnus facility will act as an incubator for top scientists with a shared intellectual-property agreement. Once up and running at capacity, the Lacturnus grow operation will be the largest in the world and will provide distribution, volatile and nonvolatile extraction, tissue-culture cloning, packaging and delivery. The lab will also contain a full commercial kitchen for developing and producing best-in-class edibles with consistent microdosing.

BigMike believes we’ve only scratched the surface of cannabinoid research. (On a personal note, he finds that cannabigerol (CBG) greatly reduces intraocular pressure. Having gone through three corneal transplants, he uses CBG-rich edibles to provide significant relief for his eyes.)

The goal is to achieve an outcome-based recombinant product, meaning a consistent, precise and standardized medicine that’s nontoxic with no heavy metals present. BigMike sees a big future in microdosing with cannabis. “It’s not just about getting high,” he tells me. “A therapeutic dose for a first-time user should be small enough to bind with their cannabinoid receptors without getting them too blitzed. I don’t like to see someone’s first experience with pot being a huge dab that messes them up and has people laughing at them. That’s how you lose a patient for life instead of gaining one.”

To that end, he’s starting a house brand under the moniker BigMike’s Blends that will provide pre-rolls, vape pens, edibles, tinctures, creams and much more. BigMike is planning an international rollout with distribution to the 2,100 dispensaries in California as well as to Europe, South America and Asia. “We want to partner with strong existing cannabis companies in a joint venture to help them scale their businesses up and take them to the next level,” he says. “We’ll even ‘white label’ products for qualified dispensary partners or other retailers.”

BigMike would also like to see licensed producers in Canada and beyond start using Advanced Nutrients instead of mixing their own salts. “Depending on their order size, we’ll provide them with access to our many services at Lacturnus,” he says. “We can test their young plants’ leaves and let them know the future cannabinoid profile of their genetics. If they have a problem they need solved, I will put one of our expert botanists or entomologists on a private jet today to help them solve it!”

I ask BigMike what it means for him to be on the cover of High Times magazine. “It’s pretty damn cool! I’ve been reading the magazine all my life and consider it the gold standard, so it’s quite a big deal for me,” he says. “Advanced and HT have been working together for years to educate people on growing and using cannabis, so it’s an honor to finally be recognized by the best pot publication on earth!”

This feature has been published in High Times’ magazine, subscribe right here. 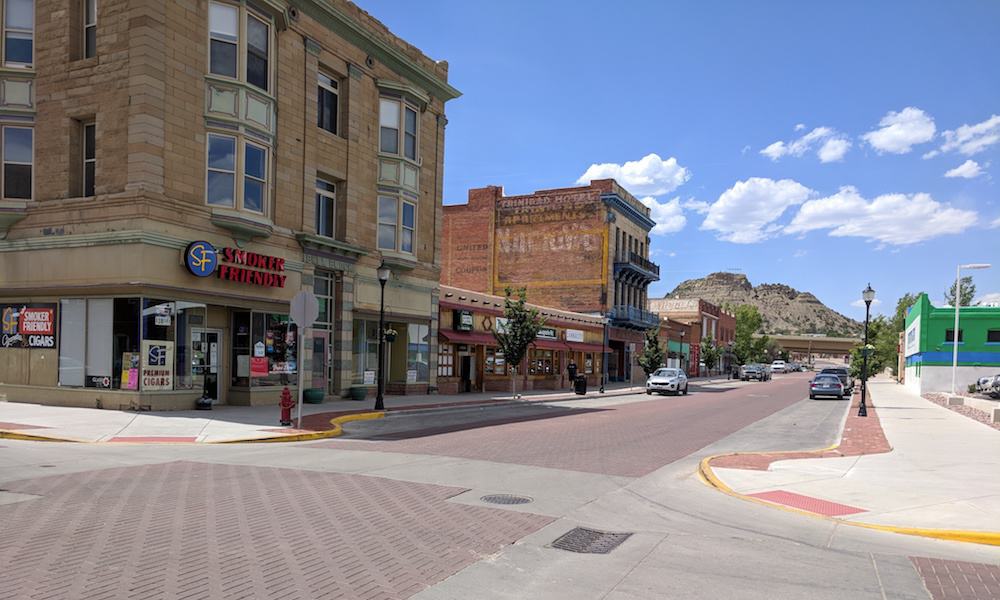