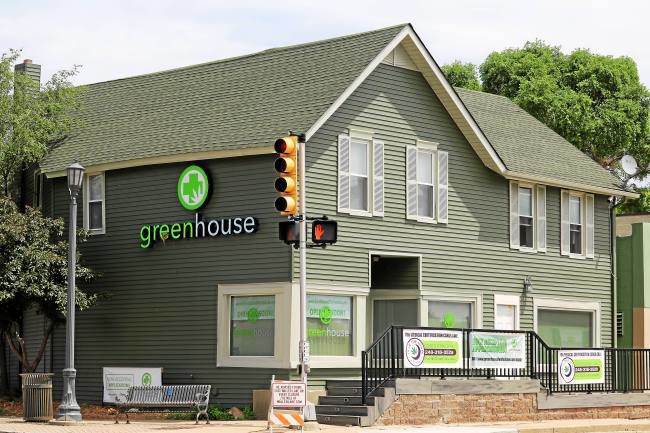 Editor’s Note: Jerry Millen is one of a few in all of MI, so far. Without enough growers, licensed operations, and provisioning centers people might end up buying in the black market. Read to the article’s end for the fast facts.

It’s a green light for Greenhouse.

The first state license for an Oakland County medical marijuana store — Greenhouse in Walled Lake — was approved Thursday by the Michigan Marijuana Licensing Board, a division of the state’s Department of Licensing and Regulatory Affairs.

That’s huge for Jerry Millen, one of three co-owners of Greenhouse, a business eight years in the making.

“It feels great, it’s a huge relief,” Millen said after being granted the license. “I’m happy to be the first one in Oakland County to be licensed. It’s awesome.”

But don’t expect Millen to open his doors until January, at least. One key element, he said, is missing — marijuana.

So far, just nine growers have been licensed by the state. And with approximately 300,000 Michigan residents certified to use medical marijuana, that means a major lack of cannabis supply for provisioning centers, said Millen. Centers that had local approval to operate as dispensaries can sell cannabis already on their shelves for 30 days after being granted a license, provided they adhere to a number or requirements. But after that point, and for those brand new to the game like Millen, all product must be purchased from a licensed grower.

“There’s a huge product shortage coming down the line, and that’s going to drive up the price for what little is available,” he said. “I don’t want to open until I know for sure I will have a sustainable supply of a variety of products, and that I can sell them at a fair price.”

Millen encourages people to follow his lead and lobby their state legislators to have the rules changed to allow for any licensed provisioning center to buy cannabis flowers, oils and edibles from licensed caregivers for the next 90 days or so. That should give ample time for newly-licensed growers to get their product on the market. Otherwise, he said, “there’s going to be a hiccup” — driving patients to the black market, void of mandatory quality control standards.

Yet David Harns, spokesperson for LARA, noted that patients can continue to get marijuana from approved caregivers, or grow their own — just as they’ve been permitted to do since the Michigan Medical Marihuana Act was passed in 2008.

Aside from dealing with his anticipated cannabis supply issue, Millen said he’s biding his time until he opens Greenhouse. He has made it through a process he describes as “daunting” — so what’s a few more months?

“It’s been eight years since I decided this, and four years since I bought the building…and I’m not going to open until I know I can do it right,” he said.

Walled Lake’s government and residents have been great to work with and have supported his efforts to get the business underway, Millen added.

“And I can’t tell you how many calls we get each day from people asking ‘Are you open yet? When are you going to open?’ Oakland County really needs this,” he said.

A Google map showing the location of the state’s nine approved provisioning centers is at https://tinyurl.com/y8a73ocr