Perhaps due to the sheer timing of cannabis legalization passing at the same time Portland, Oregon’s cultural reputation was drawing in peak numbers of ex-pat creatives seeking a hip, left-of-center and locally-sourced home, the recreational cannabis scene has rapidly developed into a sophisticated industry. The level of thought put into designing stylish shops and the strictness of testing surpasses standards set in other legal states, and customers’ experiences extend far beyond the shop doors with infused dinner events and consumption-friendly house parties. If you haven’t visited Portland, you haven’t fully experienced legal pot cannabis culture yet.

Many shops in Oregon began as medical shops in anticipation for a time when they could switch to rec. Farma brought their medicinal approach into the retail realm, educating customers while they shop the pristine glass cases in the bright, white interior. At Farma, the array of sample buds are labeled with varying shades of red and blue to indicate the degree of energetic uplift or relaxing heaviness, rather than the inaccurate binary of sativa and indica.

“Recreational cannabis can be a trojan horse for progress with medical cannabis,” says co-founder Jeremy Plumb, a global authority on cultivation and the chemistry behind the strains.

He points out how the legal approval not only increases access but also encourages people on the fence to start experimenting and discovering the right strain or edible that treats a chronic discomfort. Rookie users can take advantage of the studied budtenders for help navigating the shelves, and more habitual users will appreciate the reliably potent flower and oil from experienced producers like Nelson & Co. Organics and High Noon Farms. If you’re going to be around, keep the stamp card handy and look forward to a 20% off discount.

Every type of cannabis consumer will find what they’re looking for and more among these cases brimming with dabbable concentrates, vape cartridges, flower, and multiple fridges holding cannabis-infused coffees, soda and kombucha. At both locations, the budroom has two broad wings of flower shelves and concentrate displays to accommodate the steady stream of customers that trust their stringent supply chain. Not only is a magnifying glass applied to the cultivation practices of every grower, but also the grower who grew the flower that was processed into oil, and the grower of the flower that was processed to make the edibles.

People with chronic conditions have options like transdermal CBD/THC patches and bath soaking salts for relief, and those seeking sky high THC will swoon over flower by one of the house farms, SoFresh. Despite the polished presentation in branded neon and the wood-paneled interiors of the reception rooms, OF is a local face of the industry that engages with their respective neighborhoods. During the Pearl District’s First Thursday art walk, the doors are open to passersby who want to stop for non-infused samples in the art-filled reception area.

Come to visit a dispensary in an old fire station, stay to shop from one of the largest, friendliest selections in town. You’ll still have to enter through one of the large doors big enough for a truck to pass through and walk past the fire pole dissecting reception. Cannabliss has made a habit out of building out unique shops, with a Eugene shop located in an old sorority house.

They’ve become a family of five shops with a competitively-priced menu and merchandise branded with enough subtlety that people actually wear it. High-profile growers like Pruf Cultivar and Ten Four Farms are available for $10/gram, which is $1-2 dollars cheaper than other shops. It’s also the first functioning rec shop to get fictional screentime, the familiar brick exterior and budroom getting a scene in HBO’s Here and Now when a character needs to take the edge off.

The Pearl District is known for luxury retail, art galleries, and tourist traps. So it only makes sense that when a few mellow dudes from Portland and Bend recreational scenes broke out to do things their way, the endearing vibe in their high-quality cannabis and gem shop made it a neighborhood favorite in a matter of months. From outside, the vast glass cases of glittering crystals and multi-faceted minerals do resemble a gallery more than a pot shop. But Virtue doesn’t take itself too seriously, made obvious by the large sign reading “Gluten-Free Marijuana” that hung over the door for months.

Suited customers and work-from-home creatives alike can be seen stocking up on vape pods for their PAX Era pen and Better Care CBD dog treats for an anxious or chronically-ill pet. Visitors can pick up a pint-sized pre-rolled joint of Blue Magoo or CBD-rich Wedding Cake for under $5 on the way to Powell’s Bookstore a few blocks away.

In the early days of medical dispensaries, the huge selection of well-grown house strains and plant clones had customers driving across town to the original spot in deep Southeast. The old-school hip-hop in the background and friendly, hoodied budtenders were the ideal transition from waiting on your friend’s couch to walking into a well-appointed shop that felt just as comfortable as your friend’s living room. If that living room had a 200+ glass piece selection and a revolving menu of the city’s best flower, from Cherry Kush to Dawgwalker OG.

With management rooted in experienced cultivation and the legendary house farm, they are also one of the most trusted destinations to new growers shopping for seeds and clones to grow their own. Choose from over fifty clones for sale from $6-$40 varying in genetic prestige, some tracing back to legendary bay area breeders and the back row at a Grateful Dead reunion tour.

Serra is the first recreational shop to become a household name by design. Literally, this shop gained instant fame by designing every inch of their shops like a cutting-edge retail brand, from the custom tiles reflecting the Serra logo pattern underfoot, to accessories like a necklace with a  pipe tamper pendant etched with the same signature honeycomb. It’s the only cannabis retail shop to be listed as a travel destination on Goop, Gwyneth Paltrow’s apex-yoga-mom-sophisticate lifestyle brand.

Budtenders weigh out flower with golden chopsticks that match the gold-finished accent lights, and the flower itself is as carefully designed as their greenhouse-style glass cases. The in-house farm, Pruf Cultivar, is currently helmed by renowned cannabis researcher and cultivator Jeremy Plumb, who is taking advantage of Pruf’s technical capacity and controlled growing environment to learn more about what characteristics are true to a particular strain.

Jayne has become known as a female-friendly dispensary not because they market to women, but more to do with the serene, botanical decor and a curated menu that highlights local female and minority producers. Women seem to like coming back to Jayne, as indicated by the pairs of middle-aged girlfriends leaving with a bag of Drip Gem edible candies and a Quill vape pen on the average Friday afternoon.

Customers can take their time perusing hand-held menus rather than peering up at digital screens, and edibles sit in woven baskets rather than wire racks. Follow them on Instagram for news about Jayne yoga sessions, where they curate a yoga class in a privately-owned space where cannabis can legally be consumed.

When Bridge City Collective’s first location opened in 2014 on N. Williams, the street was a quiet stretch of rundown Victorians and shuttered convenience stores. Four years later, they’re about the only thing left unchanged in this vortex of Portlandia gentrification. The North location is a beacon of chill amidst new, unaffordable apartment buildings and hyped eateries, and in either up-and-coming neighborhood, BCC has crafted a cozy, sincere Portland aesthetic with hand-painted murals covering reception walls and a concise selection of local brands. Evolvd vape cartridges come in half and full grams of flavorful blends like OG Green Tea and the balanced CBD-THC Lavender Trinity, along with locally-grown buds of Dawgwalker Cookies and Jack Herer.

The majority of dispensaries answer to consumers’ most base impulses: the biggest bang for the cheapest buck. High-THC products and lots of pre-rolls for those who want to walk out with something for less than $10. Jeffrey’s bet on the customers looking for a different kind of value, adding a boutique mini-market to their budroom. Now you can knock a Whole Foods trip off the to-do list while picking up an eighth of Grapefruit by TKO Reserve and a cinnamon, chili and cannabis-infused Mexican chocolate bar by Leif Goods. Next to a massive selection of notable farmers, edibles, and concentrates, they carry locally-cured salami by Olympic Provisions, hunks of artisan cheese and an assortment of Haribo candies.

Panacea
Northeast Sandy
Where Everyone Gives Back When They Get High

Whether you’re buying a gram of Dream Dog by the in-house farm, Bull Run Craft Cannabis, or a gram of Acai live resin for the purest of dabs, a portion of all profits in this airy, gallery-like shop go to nonprofits and social justice organizations.

“I am an advocate before I [am] a business person,” says Melissa Egan, co-owner of Panacea.

She initially helped found the dispensary to raise funds for efforts to provide affordable housing to disenfranchised seniors in the LGBT community. Egan calls it “marijuana with benefits,” this mission to use the business profits to enact social change. Panacea also offers up to an eighth of free flower a day to registered medical patients, thanks to donations from local growers. 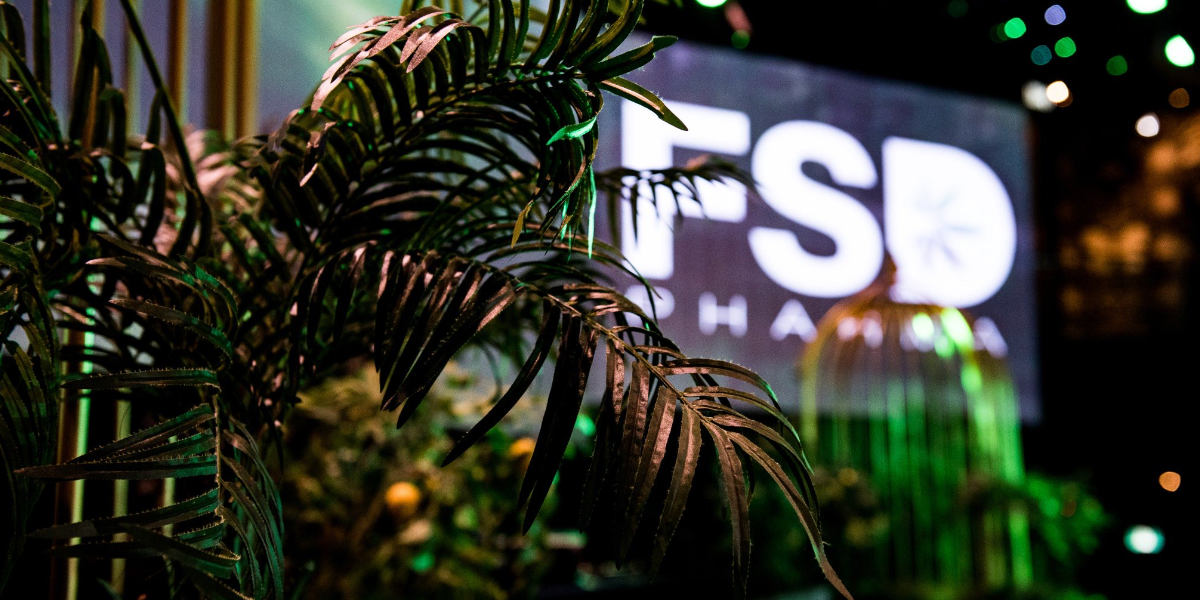 FSD Pharma Appoints Former Member of U.S. Congress to its Board of Directors, Announces Share Consolidation