The Hysterics Over the Evil Coming of Corporate Cannabis

[Editor’s Note: Joe is right about government regulations restricting small businesses by creating cost and regulation barriers, but dead wrong about most else. I will never purchase my weed from a big business such as Altria, just as I would never eat at Subway or McDonalds. It’s up to us to support small and unique businesses.]

Yes, I know the drill. Corporations are evil. Business people are greedy. No good can come from these evil, greedy people getting their hands on our beloved cannabis plant and selling it for *gasp* profits.

I’m not here to argue the greed of anyone. Greed is a trait human beings display to varying degrees; they have throughout all of known history and will continue to do so. But what I will say is that we have little to fear from corporations dominating the cannabis industry, and much to gain.

I know what many of you are saying: this guy is just some shill for big corporations, he hates the little guy, he’s probably getting paid to praise big business, etc. To be honest, I don’t care who “dominates” the cannabis industry. What I care about is getting the best possible price for the best quality product I can, just like in every other purchase I make. In the end, I don’t really care whether the company that made that product has 2 employees or 20,000.

Furthermore, the ultimate goal in a market should be competition. That’s what drives efficiency and innovation. So if small businesses are barred from entering a market, that’s bad for the goal of better products at lower prices. But “big corporations” aren’t the ones who bar smaller competitors from entering a market, the government is. Wal-Mart can’t stop you from opening a blender store, but government regulations and red tape can. A zoning board can.

In fact, big corporations are the ones who benefit the most from the very regulations that are supposed to be controlling them. They can absorb the costs of regulations and licenses and fees, much more so than a small business. Unable to overcome regulatory and monetary hurdles, a smaller competitor who may have been more receptive to changes in the market, had better customer service, or who one day may have come to dominate the market themselves never has a chance to get off the ground.

‘But Joe’, some of you are saying, ‘I can’t beat Wal-Mart so they are keeping me from opening a blender store.’ This brings me to the benefits of big corporations in the cannabis industry.

Just about every single product, commodity or service you enjoy in your everyday life was created by a “big” corporation and sold to you by one. Why is that? Why did the phone or computer or tablet you’re reading this on, the car you’re in, the coffee you drink, the food you eat, etc. invariably come from a big corporation? Were you forced to buy from them? Or did you choose to, because the blender at Wal-Mart is much cheaper than the one at Mr. Blender down the street. You could have bought the more expensive blender from Mr. Blender, but you didn’t. And why didn’t you? Because you know simple number comparisons and decided not to buy a blender for $60 at Mr. Blender when you can get the same exact blender at Wal-Mart for $39.97.

My point is this: because of the economies of scale that can be achieved by larger companies, they will always have an advantage when it comes to making better quality products at better prices than smaller competitors. But as long as there is a low entry barrier for competitors, consumers can have the maximum amount of choice, which should always be the ultimate goal. There are 12 Subway Sandwich Shops within 30 miles of my house, but I can still go to a local diner or a fancy restaurant or a hot dog cart or a taco truck or a McDonalds. In that list, McDonalds and Subway are the big corporations that “dominate” the market. But it doesn’t matter how big either of them get, they can only have a certain percentage of the market as long as others are allowed to compete.

When it comes to cannabis, I’m all for low barriers to entry for those who want to get in the market. Minimal regulations and red tape, lower licensing fees, lower taxes, yes to all of that. More shops, more growers, more processors, more labs, as much of everything as possible. Yes, some companies will rise to the top, as they do in every industry. But think of it this way: let’s say that 3 cannabis companies come to secure 60% of the cannabis market. The other 40% is taken by 30 other companies. Those first 3 companies clearly dominate the industry, but to a consumer, this means there are 33 companies from which to choose from.

Will some of the smaller companies be unable to compete with the big three? Absolutely. Some will fold, some will be replaced by others, one may even be able to get into the big 3 one day themselves; after all, no one shops at Sears anymore, but long before Wal-Mart, Sears dominated the retail market. As long as a company is profitable, it can thrive, whether it has 30% of the market or .oooo3%.

The only thing a market needs to thrive is the ability of the company with the next big idea or product or service to get a foothold in the industry. Consumers will take care of the rest, those greedy consumers who want better things at lower prices, the ones who punish companies that can’t deliver those things while showering the companies that can with their hard-earned money.

Everyone wants better things and a better quality of life. Some call that greed. But whether you are a big CEO or the “little guy”, you will always make what you think are the best decisions for your life and for the lives of those you care about. And as long as you are making those decisions voluntarily, what business is it of anyone else?

So beware of those who say we need strict regulations in order to make sure the “little guy” gets a fair chance. Heavy restrictions will make sure only a limited number of companies survive, and those select few won’t be “little guys”. 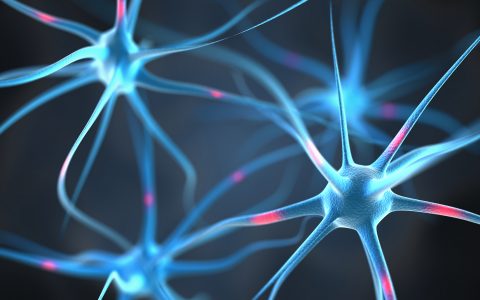 Investing in CBD Companies? Watch Out for These Warning Signs