[Editor’s Note: 2018 was a huge year for cannabis. Lots of great progress was made. Read on for the year’s highlights.]

If there were a theme running through the top cannabis news stories of 2018, it might be this: Nearly all were predicted in 2017.

In fact, with most of our top stories, it would have been big news if they hadn’t happened. The FDA approved approved its first-ever cannabis-derived pharmaceutical, Epidiolex, right on schedule. Canada, California, and Massachusetts entered the adult-use retail era in 2018, as they said they would. Ballot measures that passed in Michigan and Missouri? No surprise.

Some news did catch us off guard. Mexico’s Supreme Court ruled, definitively and with little warning, that cannabis prohibition violated the nation’s constitution. Utah and Oklahoma went medically legal. And who expected CBD to enter the mainstream so fast?

And you can’t cap off 2018 without a nod to Jeff Sessions. President Trump’s attorney general began the year by rescinding the Cole memo, the policy guidance that allowed state-legal cannabis to operate without immediate federal shutdown. The AG’s year ended one day after the midterm elections, when Trump effectively rescinded Jeff Sessions.

Other FDA-approved pharmaceuticals that contain THC already exist. Marinol, a synthetic form of THC, has been on the market since the 1980s. What makes Epidiolex unique is that it’s produced using whole-plant cannabis grown by the manufacturer, UK-based GW Pharma. Epidiolex, indicated for patients with intractable seizures, is essentially a refined version of CBD. And it’s extremely expensive. Which is why its FDA approval was met with both applause and criticism from many in the cannabis community. Nobody’s against sick children getting a life-changing medicine. But many wondered if non-FDA approved CBD would achieve the same results at a much lower cost to patients and parents.

9. Ex-Prohibitionists Hop on the Cannabis Train

In the run-up to this year’s 4/20 celebration, the world received a strange bit of news. John Boehner, the former Republican speaker of the House, announced his decision to join the board of directors of Acreage Holdings, one of North America’s most well-known cannabis companies.

There are plenty of Republicans who’ve spoken out in favor of cannabis legalization, but Boehner had never been among them. In fact, he’d been one of the toughest bricks in the wall of prohibition.

Nevertheless, the logic of legalization and the lure of a growing industry brought about a change of heart. By the end of the year, other mainstream pols had followed suit. Former Democratic leader Howard Dean and ex-GOP party chair Michael Steele joined the advisory board of Tilray, the Canadian cannabis company.* Former Canadian Prime Minister Brian Mulroney.

Meanwhile, politicians still in office changed their tune on legalization in 2018: Sens. Kamala Harris, Chuck Schumer, and Dianne Feinstein came out in favor of legalization. So did New York Gov. Andrew Cuomo.

Maybe this section should be headlined “Mitch McConnell Legalizes Hemp to Help His Home State Farmers,” because that’s essentially what happened.

After allowing a limited number of hemp pilot projects in the 2014 farm bill, the Senate majority leader came roaring back in 2018 to lead the charge for the commodity crop, which just happens to grow extremely well in Kentucky.

McConnell didn’t just back-door hemp in the farm b He embraced it, sending out tweets of himself signing documents using a hemp pen. At year’s end, hemp is expected to be fully federally legal—and the same might be said too, eventually, of CBD extracted from that federally legal hemp.

The Cole Memo is no more. (AP, Leafly)

What a way to ring in the new year, huh? No sooner had most of us returned to our desks in January than Jefferson Beauregard Sessions issued a chilling edict: The Cole memo, the 2013 Justice Department policy advisory that allowed state-legal cannabis regulation to proceed, was henceforth no more.

An outcry ensued—but here’s the thing: Nothing happened. The policy no longer obtained, but US attorneys around the country didn’t unleash the hounds on state-legal cannabis companies.

In fact, they husbanded their resources and went after bad actors in legal states, companies operating outside the lines set down by state regulators. That had the effect of strengthening the existing industry, rewarding good operators by removing their rule-breaking competitors.

Sessions is no more. (AP, Leafly)

We knew it was coming, we just didn’t know when.

All year it seemed like President Trump was on the verge of firing his attorney general. Trump didn’t care about cannabis, of course. Sessions’ original sin, in the president’s eyes, was appointing a special counsel and recusing himself from the Russia investigation.

The shoe finally dropped on Nov. 7, the day after Trump and the Republicans suffered a walloping in the midterm elections. Somebody had to pay for the losses, and it turned out to be Sessions (who, of course, had nothing to do with the election).

Trump appointed the unknown Matthew Whitaker as interim AG, and nobody was sure whether Whitaker’s status was even legal. By the year’s end, the president had named William Barr—an actual former attorney general, under George H.W. Bush—as a permanent replacement. Barr is an old-line drug warrior, but so far he doesn’t seem to have the odd passion for (against?) cannabis that marked Sessions’ time in office.

Yow! This one really snuck up on us. At the end of October, Mexico’s Supreme Court issued the last of five rulings that declared the nation’s cannabis prohibition unconstitutional.

Because of the way Mexico’s courts work, the fifth similar ruling on a single issue makes the decision binding on courts nationwide. So now, technically, cannabis isn’t exactly legal, but it’s not constitutionally illegal, either.

More progress is expected. The nation’s lawmakers are now working on a full legalize-and-regulate package that may be ready for its debut in 2019.

Canada, California, and Massachusetts weren’t the only big turns in 2018.

North Dakota voters turned down an unregulated adult-use measure, but in keeping with the theme of the year: That was expected.

The only problem was demand: Long lines formed outside the first open stores, and traffic snarled around the block.

As the year drew to a close, more stores were coming online, dissipating the demand. Meanwhile, all that tax money lit a fire under Vermont, the state’s northern neighbor, where officials watched consumers cross state lines (technically not legal) to purchase licensed, lab-tested product.

Prediction: Look for Vermont’s retail system to open in early 2020.

The NYT is on it.

The wonders of cannabidiol (CBD) have been known for years to many in the cannabis community. But few outsiders had even heard of the compound, let alone tried it.

During the summer of 2018, though, CBD suddenly seemed to be everywhere—in health supplement stores, mainstream drug stores, and even gas stations. Even CBD-infused cocktails became a thing.

The New York Times Magazine ran a feature titled “Why Is CBD Everywhere?” Which means one of two things: Either the cannabinoid has jumped the shark, or it’s become so ubiquitous that the DEA’s efforts to criminalize it will be futile.

The year ended with Congress passing the 2018 farm bill, which legalized hemp and pointed toward the end of the road for CBD as a banned, illicit substance.

Steve DeAngelo (in hat) celebrates with Henry Wykowski on Jan. 1, 2018.

California cannabis sales went legal on Jan. 1, 2018. It wasn’t nearly as big a deal as Canada’s day one—partly because medical cannabis (and illicit adult-use cannabis) have been ingrained in California culture for decades. California was the first state to legalize medical cannabis, in 1996. In 2018, the state finally reclaimed its rightful place as America’s cannabis leader. Now if they can just convince all those cities and counties to drop their silly cannabis bans.

At the stroke of midnight, Newfoundland time, on Oct. 17, Canadian dollars passed across the counters of stores in St. John’s, opening the post-prohibition era in the Great White North. At Leafly’s Bud Drop party in Toronto, supergroup Dwayne Gretzky played in the legal era with a cover of Arcade Fire’s “Wake Up.”

Other nations (we see you, Uruguay) had taken tentative steps toward full legalization, but Canada will forever be seen as the first to stride into the world’s post-prohibition era. Canadians responded well to the change. Online shoppers jammed the Ontario Cannabis Store with thousands of orders at 12:01 a.m., Quebec handled 42,000 orders on the first day, and demand was so strong that some provinces nearly ran out of cannabis. More than two months later, the market had calmed and bumps were being smoothed, but the nation’s love of cannabis and pride in its pioneering role remained as strong as ever.

Then and Now: How the Cannabis Industry Changed in 10 Years 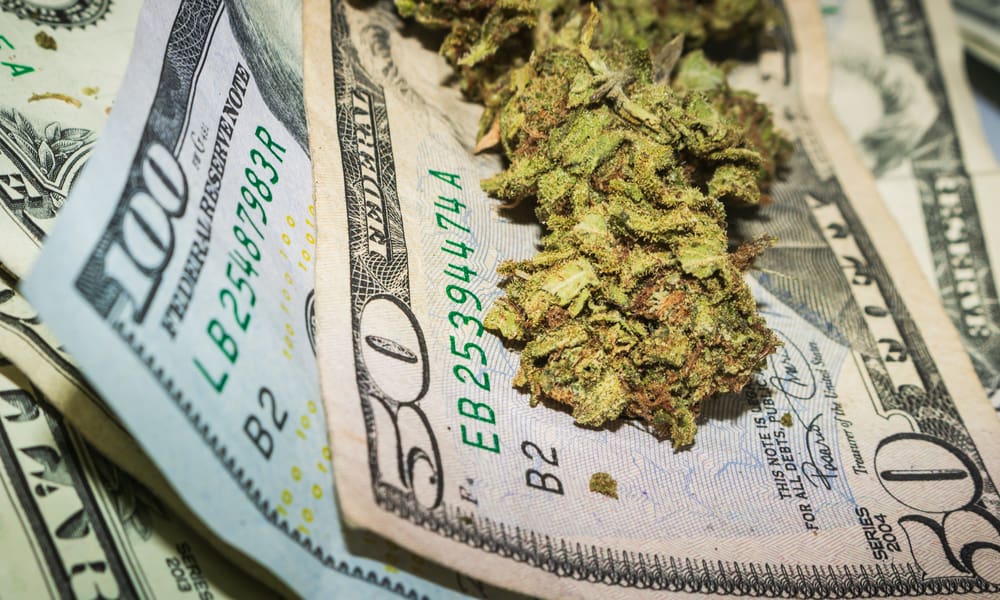