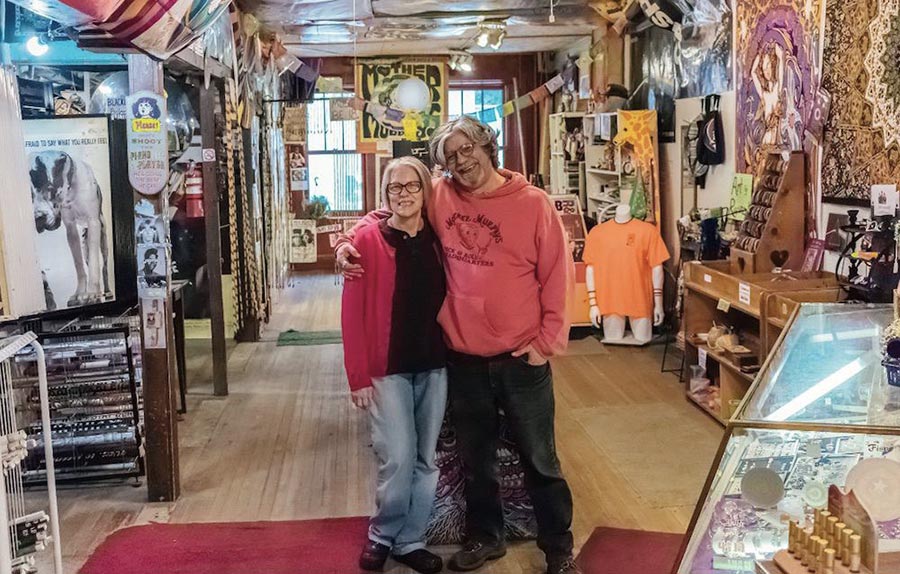 [Editor’s Note: Road trip! Most of these headshops have been around for decades, but there are a few newer ones too. How many have you been to?]

Burning incense fills the air, tie-dye shirts sway on racks and counters full of colorful glass catch the light. Headshops are an all-American story of underground entrepreneurship, creativity, faith and passion. Born from an era of counterculture and protest, many of these relics survive today as reminders to let your freak flag fly. We honor these these old-school headshops that prevailed through the decades and continue to be the best joints in their towns. So take a toke and check out these legendary purveyors of all things irie, ranked from oldest to newest! 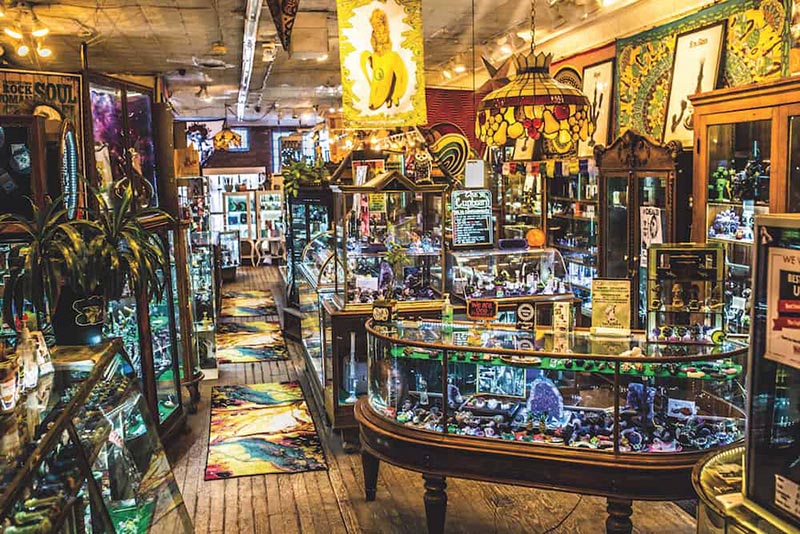 Now operated by the third generation of its founding family, the Cupboard started as a five-and-dime store following World War II, then was transformed into a headshop by husband and wife team Phil and Nancy in 1965. Considered the oldest surviving headshop in America, this psychedelic bazaar is so full of antiques and counterculture merchandise that you “have to check in your umbrella at the door or you might knock something over.” The owners launched the career of legendary glass artist Bob Snodgrass back when you could barely buy a metal or wood pipe in the state of Ohio. 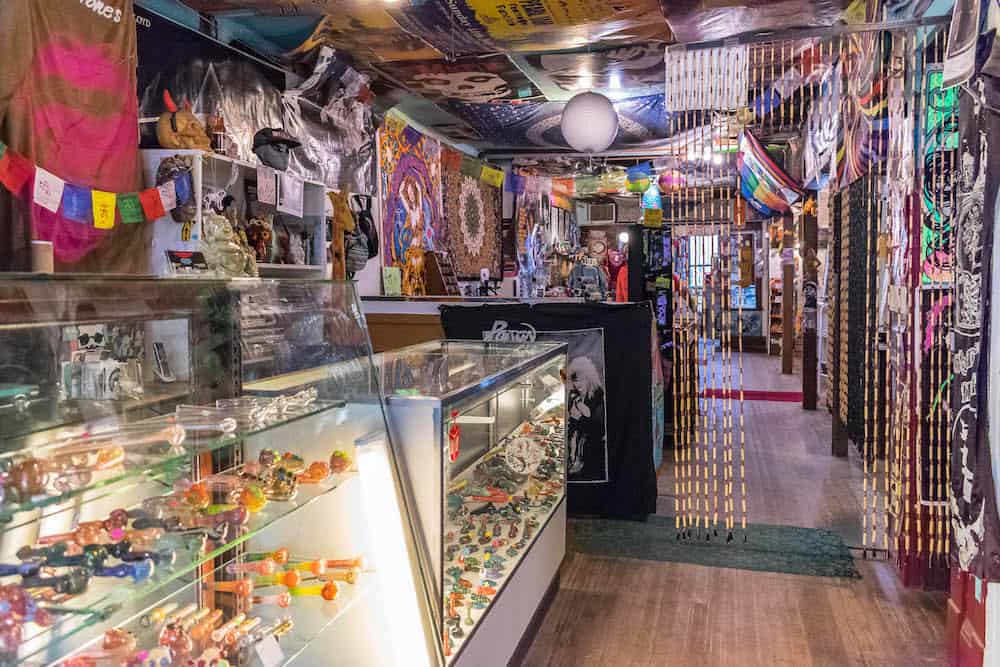 Just a few blocks from Illinois State University is one of the oldest headshops in the country. Mother Murphy’s iconic logo depicts a grandma smoking a corncob pipe in honor of its founders, Betty and Charlotte, who opened this legendary store in 1968. They sold turquoise jewelry and leather goods to hippies, which evolved into black-light posters, tapestries and—you guessed it—bowls and water pipes. Employee-turned-owner Michael has run the shop since the 1970s with his wife, Becky, adding skateboard gear to the mix in 1992. Their simple goal is “to make everybody feel like they’re at home.”

The Black opened its doors in 1968, according to the current owner, Kurt. He started working at the beachside shop in 1975, finally purchasing it in 1981, and he’s been slinging glass ever since. At one point, both of his brothers were working behind the counter, and their parents owned a photography studio down the block. The store’s survived recessions and raids, and it still sells hacky sacks and huaraches to local surfers. The story behind the name? It’s been “in the black” and making money this whole time. “If you come to San Diego, check it out. It’ll blow your mind,” Kurt says.

Visit Satori Imports and you’ll recognize the iconic T-shirts that have been given away free for almost 50 years. Current owner Kay’s late husband was an “entrepreneur at heart” who opened the store so students from the local university could buy Mexican blankets, silver earrings and rock posters. The store is basically a visual overload. How has a smoke shop survived for so long in the heart of America’s dairy land? “Supply and demand—find what people want and sell it to them,” says Kay. Now serving a fourth generation of clientele, the shop is so well-loved that one customer even named their baby Satori. 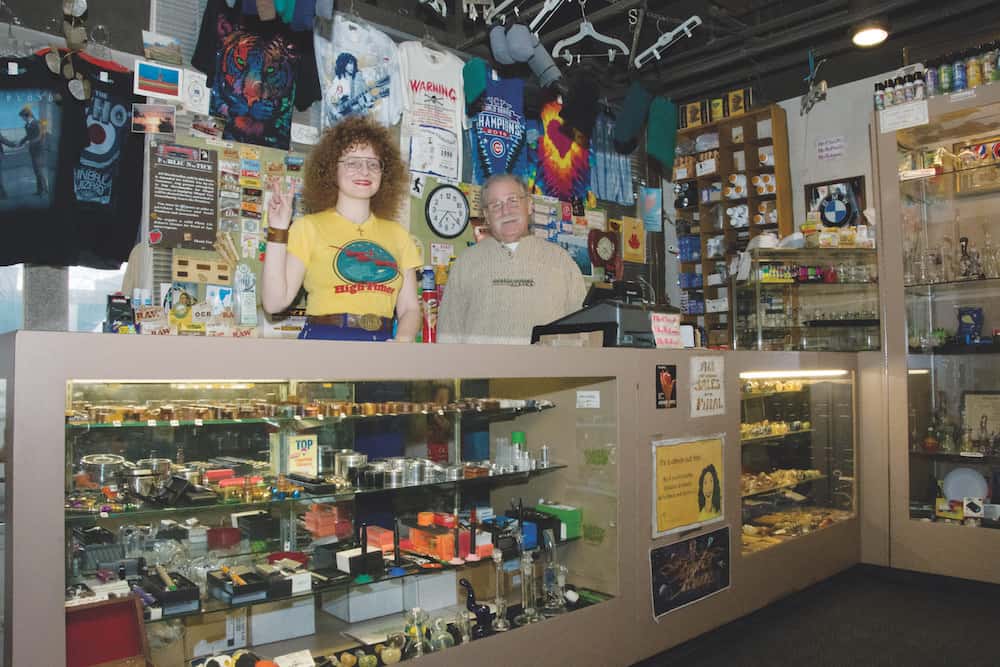 Fresh out of the Navy, Shelly came home to a different Chicago in the late 1960s than the city he left. His friends were hanging a parachute from the ceiling of a tiny shop, a guy named Charlie was painting the words Adam’s Apple on the glass storefront in Day-Glo letters and longhairs ultimately took over the city. Many legendary headshop owners remember Shelly’s former partner’s Adam’s Apple catalog, which distributed rolling trays, clips and snuff kits via nationwide mail order. Shelly attributes his success to staying “low key,” and his inventory still boasts denim bell bottoms. 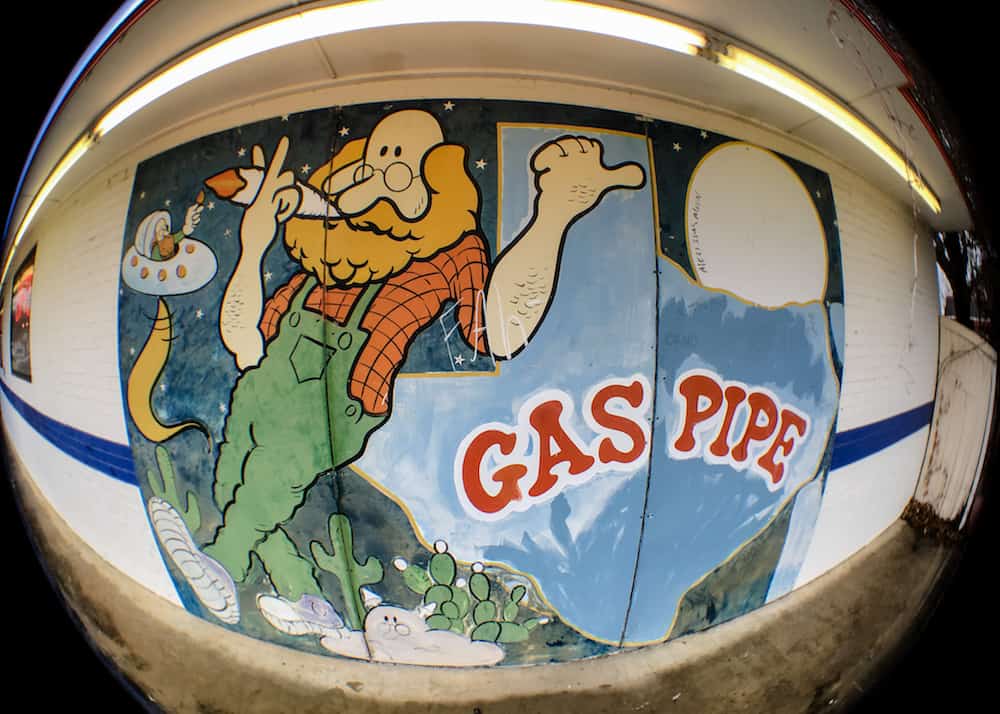 The “peace, love and smoke” headquarters known as the Gas Pipe was founded by a 24-year-old Vietnam War veteran on April 20, 1970, at 4420 Maple Avenue in Dallas. Get the symbolism in those numbers? Now the Gas Pipe is a chain with a dozen stores across Texas, which is no small feat in the buckle of the Bible Belt. The name is inspired by the exposed gas pipes spanning the ceiling of the humble flagship store and the natural resource the state is best known for. Expect military discounts, free lighter refills and complimentary grow guides. 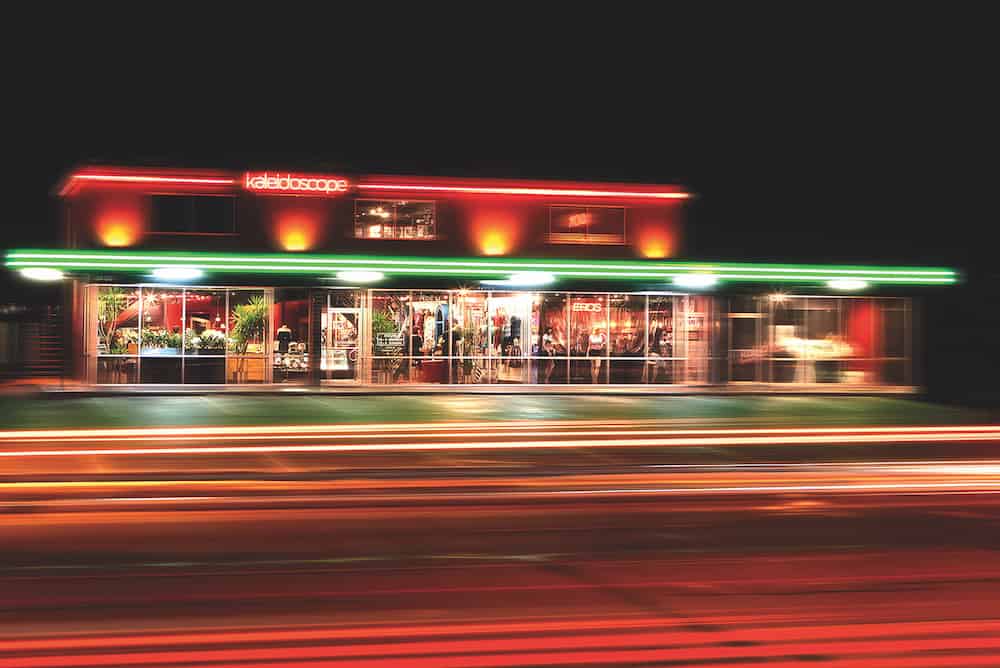 Take a closer look at the vintage photograph of owners Tom and Pam behind their shop counter, and you will see the December 1975 issue of High Times next to the mood-ring display. These lovebirds originally opened a record store but then started selling a lot of rolling papers, and the rest is history. Now Kaleidoscope is a 6,000-square-foot alternative-lifestyle mall next door to the original location, which was a humble storefront with an apartment upstairs. In Tom’s words: “No matter how much money you make, there’s nothing more valuable than being the captain of your own ship.” 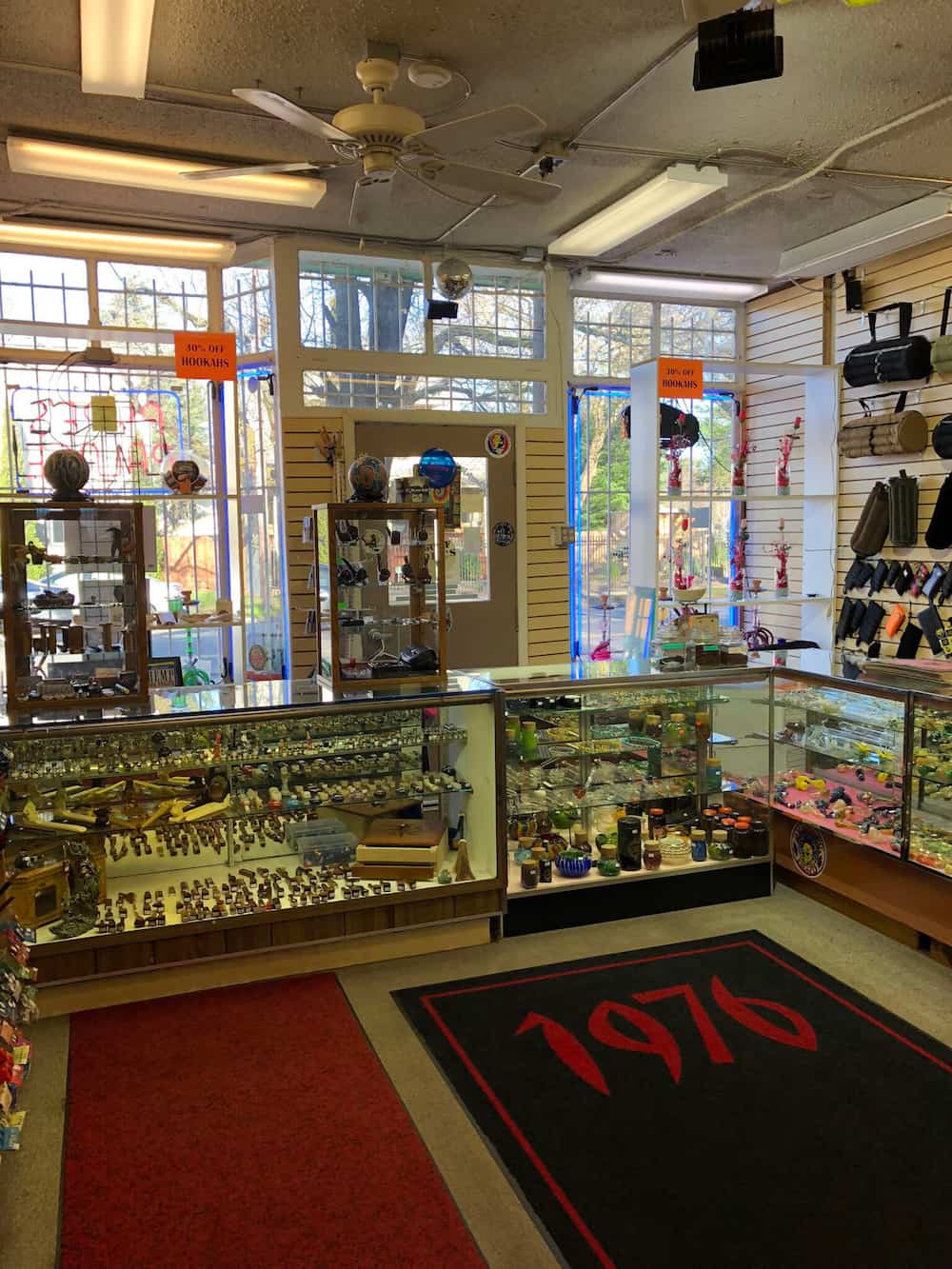 “What happens at Pype’s stays at Pype’s,” says Pype’s Place owner Patty, who opened a waterbed store in Iowa in 1973, then this Portland shop in 1976. It’s the oldest in the state of Oregon, and carries on the long, trippy tradition of great local headshops. Patty served as the first-ever female judge for a High Times Cannabis Cup, and she’s ushered in thousands of customers over the years. Now that pot is legal recreationally in Oregon, the secret’s out. Pype’s Palace is still around to service a new generation of cannabis consumers. 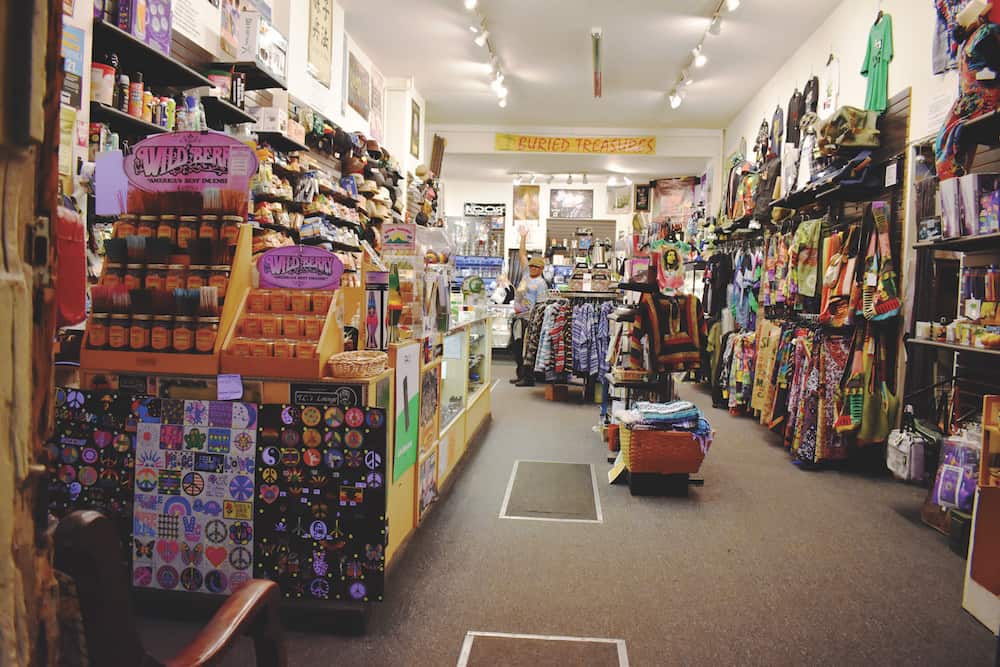 Greg wanted to be his own boss, so he bought a “card and T-shirt shop” and integrated smoking accessories, and Buried Treasures was born. He grew up in nearby Roxbury and remembers a headshop from his youth called the Psychedelic Shack with black-painted windows that closed up pretty quickly. Speaking to his own experience, Greg explains: “Longevity is the key to success.” Now that marijuana is legal for recreational use in Massachusetts, perseverance is definitely key! Water pipes and hand pipes (for tobacco use, of course) still sell as well as they did back in the ‘80s, though vaporizers have become increasingly popular. 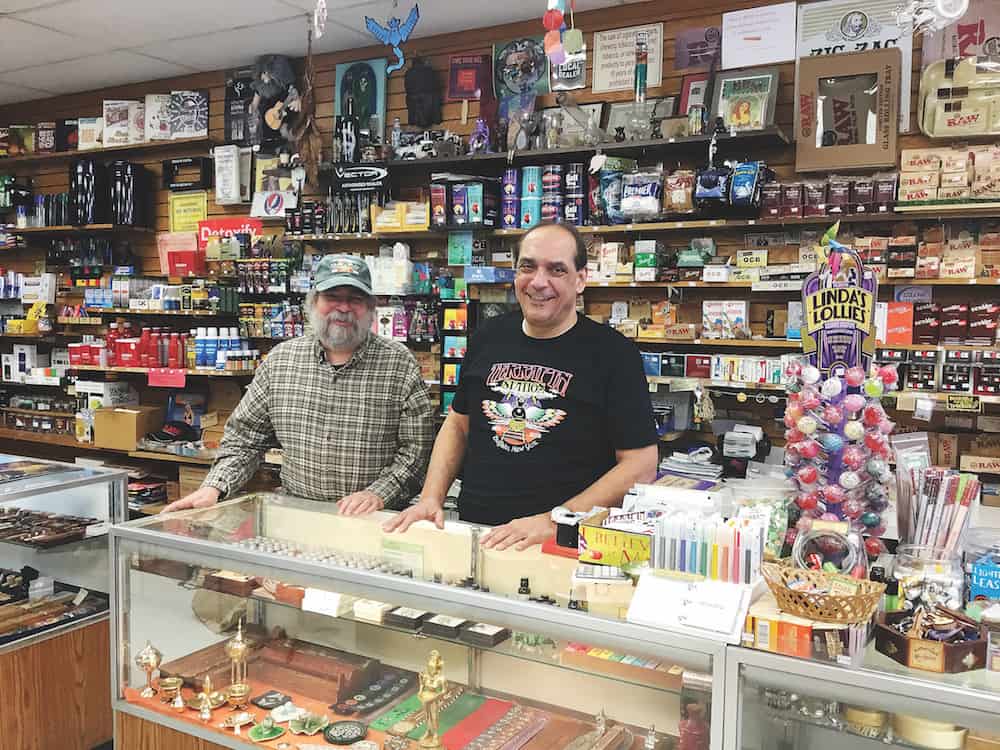 Named after its owners’ favorite Grateful Dead song, Terrapin Station opened its doors in 1988. Self-proclaimed “pretty big deadheads,” Bob and Barry say their shop is all about the music, exemplified by an extensive collection of live-concert tape cassettes, posters, stickers and tie-dye shirts among cases of glass pipes, jewelry and incense. The $5 bat is still their best seller after all these years, and much of their merchandise is made by local artisans. They celebrate their anniversaries with “legendary parties” and attribute their success to just two rules—“Never lie to your customers, and keep on truckin’.”

This feature was published in the December 2018 issue of High Times magazine, subscribe right here. 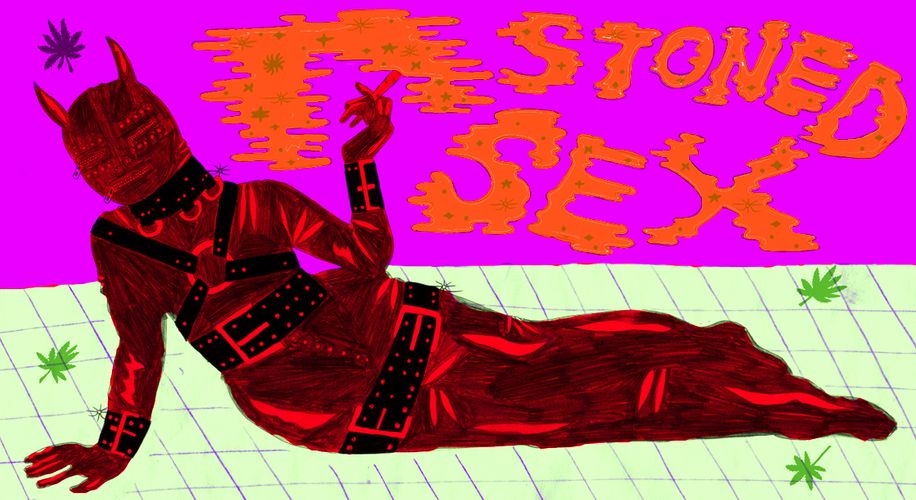 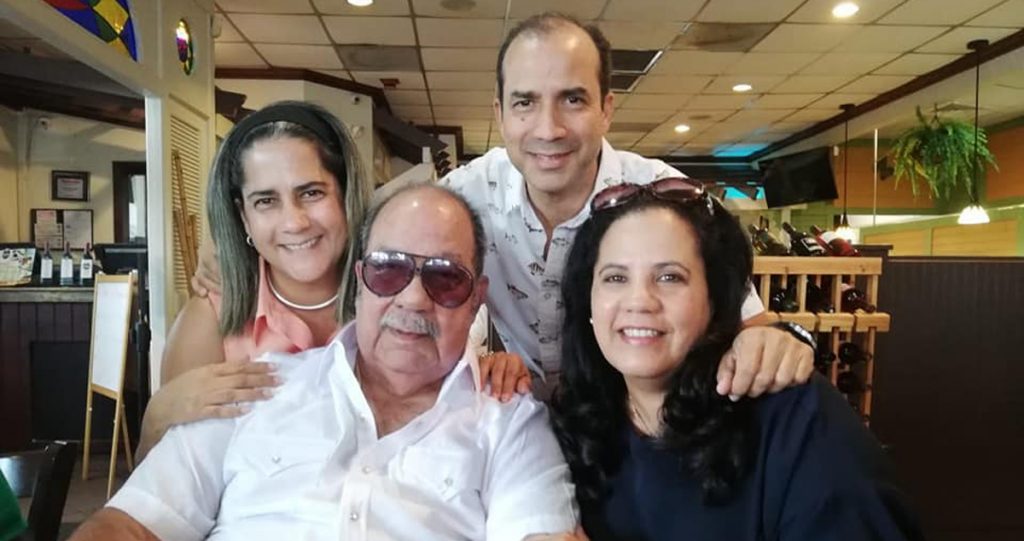