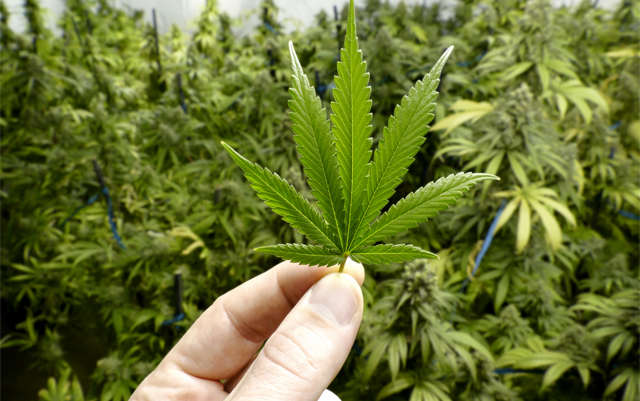 [Canniseur: I’ve written several articles about traveling to places other than the United States, but I haven’t been able to stay in one country for more than a week or 10 days. This is a great and more in-depth look at what it’s like to find cannabis in a country other than the U.S.]

After nearly a decade of living in New York City, I thought I understood what it’s like to live in a major destination that, kind of, sort of, tolerates marijuana use.

Then, a few months ago, I traveled to Spain.

There, I got to experience a cannabis marketplace that reminded me of home while opening my mind to new approaches, both positive and negative. In both Manhattan and Madrid, I felt touches of progress, as well as rumors of older-era illicit market techniques that may or may not still be in practice. While I felt at home, there was enough to let me know that stark differences were around.

What is for sure is that both Spain and the U.S. can learn from one another. In the weeks since my return home, I’ve unpacked my thoughts and experiences in both semi-illicit markets.

To begin, Spanish cannabis laws are often as hazy as the smoke that emanates from the burnt cannabis plant. For example, cultivation for personal use is allowed. However, selling and trafficking pot remains prohibited, as does any public consumption or possession. The latter will likely result in a punishable offense, often a fine. Those caught selling and trafficking can face jail time. That said, you can legally sell and possess cannabis paraphernalia. You can also smoke in the privacy of your own home.

Finding your own cannabis in Spain seems to largely boil down to how you want to go about it. Some I spoke with reported growing their own pot. Others found their supply through a number of alternative means. Some relied on a trusted supplier, often a friend who sold what they cultivated. Others claimed to just wait on certain friends to offer them a few hits at parties and other social gatherings.

Then, there was the method that most reminded me of back home: buying from someone with a backpack in the park. Much like in Central, Washington Square and other parks in New York, backpack dealers remain a common – yet slightly risky – recommendation for picking up cannabis. While these folks assuredly do exist, it seems like their heyday has passed as access to legal, fair priced options have grown.

I attempted to find pot using the backpacker method in a commonly recommended area of Madrid, Parc Retiro. I was prepared with 100 Euros and the understanding that my poor grasp of Spanish would likely net me a higher price point. However, one late afternoon attempt and another early morning walk in the area produced no success. While I saw many families and backpackers, no one seemed keen to offer me any pot. Nor, did anyone give me the look to make me feel like it was worth approaching them.

After two days of making attempts, I was a day away from moving out of Madrid and onto smaller cities where my hopes for hash or marijuana would likely lessen. With worries that I wouldn’t pick up, I turned to a more legal option that I came across in my research: cannabis clubs.

Cannabis clubs have existed in Spain since the early ‘90s, serving as a somewhat legal destination for people to buy and consume their cannabis. These clubs operate as a collective to skirt that law. To do so, cannabis isn’t sold, per se. Instead, buyers give their money to reimburse the club for the allotment of cannabis they take out each visit. It’s exactly the same as a purchase, but it’s not.

While attempts to punish early founders have been undertaken over the years, the law eventually sided in favor of the businesses. That said, their legal status remains uncertain. Despite its longstanding questionable status, hundreds of clubs exist across the country today, mostly in Madrid and Barcelona.

That said, you can’t just enter into any ‘ol club and make a purchase. While some people I spoke to said you can with the right amount of persuasion and funds, most recommend getting sponsored as rules stipulate.

Lurking around outside the club asking someone to recommend you won’t work. I tried once, and all I got was a guy who wouldn’t look at me as he walked away.

I found sponsorship success by Googling tips, tricks and information about Madrid’s cannabis clubs. Many wrong turns eventually led to success. On my second day in Madrid, I found a website that not only provided in-depth information about clubs. They also sponsored qualified applicants in Madrid and Barcelona. I would link to this site, but they did not confirm their preference to be included in the article.

The application process was rather simple, though I was concerned about missing any steps, fearing I’d be rejected. The first step included agreeing to a set of rules. Rules stated you must be aged 21 or over, agreeing to only use the purchased cannabis for personal use and consenting to pay a 30-60 Euro one-year membership fee.

Once I agreed to the terms, I was given an appointment the following day. I went to a nondescript building not too far from Central Madrid. I was told to look for a green storefront with frosted glass and to show up at 9 PM local time. After being buzzed in, the experience resembled what you’d find at a no frills dispensary in many major American locations.

A quick stop in the waiting area led me to the front desk, where I completed my sign up. I didn’t run into any issues, but some hurdles did arise. During my pre-application referral process, I was told by my sponsor that you must provide a residential Spainish address. They said that hostels and hotels would not be allowed. When I got to my sign up, however, I was told that a Madrid address was better to use than the residential address in Toledo that I planned to list.

Once those small issues were cleared, I paid my 35 Euro membership fee and was led to a nearby sales desk. I was offered six different strains, three sativa-dominant and three indica-dominant strains, all relatively well-known. I opted for three grams of Gorilla Glue at 45 Euros. The flower did the job, but was dry and felt less potent overall.

Now, here comes a different part that may not suit everyone: Unlike an American or Canadian dispensary, you simply can’t walk out of the store after making a purchase. In fact, rules at the club I was at stated that you must consume all your cannabis on-site. Doing so is considered the only legal way to avoid the police, as on-site consumption falls into one of the country’s legal loopholes.

If you choose to carry your purchases out, you risk facing the consequences for possession. Some recommend putting your pot in your underwear to be safe. That said, you can carry it out with little concern. Just stick to the usual rules of discretion and you should be fine.

Another reason you can’t just leave after a purchase is to maintain appearances in the neighborhood. A steady flow of people smelling like or carrying pot is sure to attract attention. Instead, clubs may have you wait a period before leaving. I was told to remain for at least 30 minutes. The club had a downstairs area for consumption, which included seating, a pool table, music and snacks.

Before I headed down there, the staff offered me bowls, grinders and papers to borrow while consuming downstairs. I stuck with my dry flower vape. After 45 minutes downstairs, I tucked my excess flower into my crotch and was on my way.

In all, the purchasing experience was rather easy and painless. Outside of Madrid and Barcelona, that may prove less true. In Toledo, I was contacted on Instagram by a person who lived in Cantabria on Spain’s north coast. They were in Toledo looking to pick up. They reported no luck using the park method. Instead, they only saw police.

The best advice I could offer them was visiting the CBD shop inside the walled UNESCO World Heritage site. While they didn’t have THC, they had a tolerable CBD-infused red wine.

The rest of my travels had little to do with cannabis. A few conversations about the plant would buzz by me at times, as would the occasional waft of pot in the air. In the south of Spain, a few stores in and around the Arabic markets sold hemp backpacks with the leaf on the back. But, for the most part, cannabis didn’t come up much. While it was clear that the people consume the plant, it did not seem to be a focal point in anyone’s day or lifestyle.

Back in the States, I look at the two markets and see much of the same. Approaches to buying are different, but the old ways of illicit sales are both seemingly fading, as are their approaches to dispensary purchasing.

While public consumption is less obvious in Spain, there is something to be said about the aroma of marijuana as it zips past you on the city streets. In New York, it’s a common occurrence. In Spain, it was a treat. And while Spain’s overall approach to lounges and cafes for everything from Burger King to cannabis do help you slow down and appreciate the day, there is something to be said about New York’s efficient and rapid takeaway system – marijuana or otherwise. You know you can always grab and go in the Big Apple.

Overall, in my limited, two-week experience in Spain, my main takeaway is that the stuff should be legal. Both countries stand to benefit from it. In Spain, cigarette smoke continues to be an ever-present fixture in public spaces. If they’re going to keep that up, then adding a little pot into the air wouldn’t be so bad, would it?

Meanwhile, in New York and countless other U.S. cities, you still can’t buy recreational pot without inviting someone to your house or some other potentially dodgy interaction. While the convenience is nice, the experience sometimes may not be. When presented with the two, I think that if I had to stay in a club for 30 or so minutes to buy my stuff from a trusted location, I might rather do that. Especially if there were tapas.