Cantheism: The Makings of a Cannabis Religion 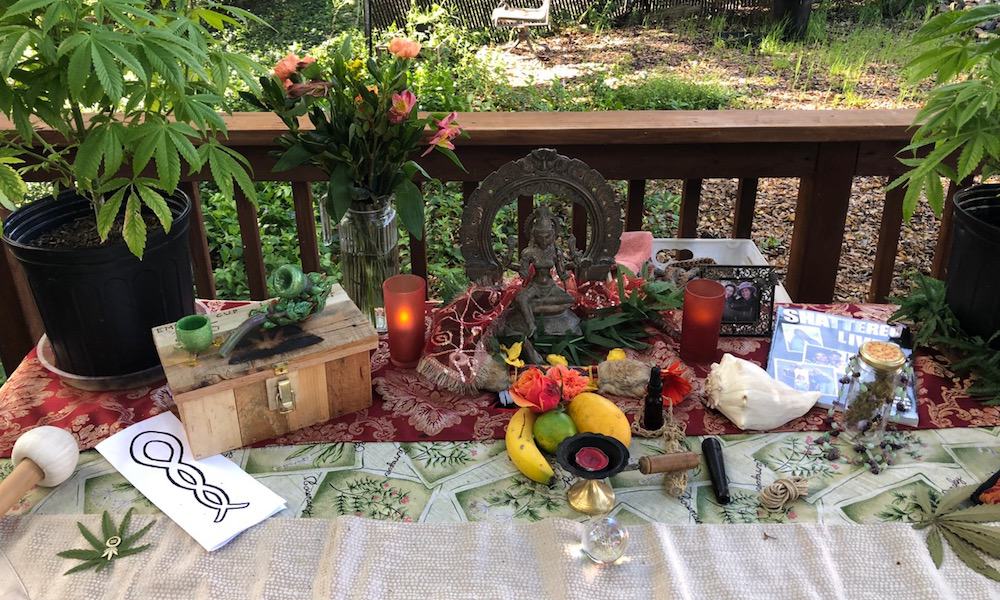 [Canniseur: Some non-mainstream religious beliefs are truly held. This appears to be one such belief. There have been a lot of ‘cannabis religions’ begun so that people could consume cannabis as part of the religious practice. Who are any of us to say whether the practitioners are sincere or not in their belief.]

Long before Chris Conrad ever became a cannabis activist and an expert witness in defense of those on trial for possession, cultivation, or distribution, he was a religious Catholic. He entered the seminary as a young man in search of a spiritual life but grew disillusioned with the church after learning about its history of persecution in the name of God.

“The first time I smoked cannabis,” he told High Times, “I felt more of a religious and spiritual connection than I had gotten out of all that seminary work. The power was there for me right from the beginning and I thought, ‘wow, this is what I’ve been looking for.’”

Upon leaving the seminary, Conrad worked in the anti-Vietnam War and civil rights movements for a number of years, but by 1988 found himself concentrating on cannabis activism. Based in Northern California, he became involved in the fight for Proposition 215 that, in 1996, legalized medical marijuana in the state. He also testified frequently in court. He and his wife, Mikki Norris, worked side by side for many years on marijuana activism, writing, and publishing.

Conrad coined the term Kantheism, which later became Cantheism (alternately spelled Cannatheism), in 1996, believing then that the fight for legalization was further along—and also wondering if he could establish a sacramental cannabis practice to bolster the defense of those on trial for marijuana offenses. Calling upon the history of sacramental cannabis use in parts of the world ranging from ancient Scythia and Thrace, to Egypt, India, and the Middle East, he wrote the Cantheist Creed and adopted the Egyptian hieroglyph for cannabis as a symbol.

But things were then heated on the legal and political fronts, and Conrad was advised that promulgating a cannabis religion would compromise his credibility in court cases in which he was asked to testify. So, Conrad and Norris set aside cannabis spirituality in their public, if not their private, lives.

Starting with voters’ approval in 2016 of Proposition 64, which included decriminalization and the introduction of adult-use in California, Conrad saw his role in cannabis activism changing. No longer called upon in criminal cases, he and Norris both felt pulled again toward sharing the spiritual perspective.

The Context of Cannabis Religions

Rastafarians are the best-known religious group to consume cannabis as a sacrament—a practice that has, in certain cases, proven defensible in court. Now, other spiritually-minded organizations like the THC Ministry, the International Church of Cannabis, the Church of Holy Smoke, and far-flung branches of Cantheists in other states are pushing up against the legal boundaries as well.

Conrad and Norris are careful to exclude commerce from Cantheist gatherings; that would be viewed by law enforcement as operating an illegal dispensary. While in legal and decriminalized states, the religious defense, or even that of sincere personal belief, is no longer necessary, Conrad would still like to see Cantheism used to defend against criminal charges in states that maintain their prohibition of the plant.

Conrad describes Cantheism alternately as an unorganized religion or a very loosely organized one. Rituals are emerging, but little is codified, and dogma is sparing. Though the root theism implies belief in God, Cantheists like Arya Campbell come from a number of backgrounds.

“Cantheism, like Buddhism, is a religion that is accepting of all other traditions,” Campbell told us.

Cantheists meet semi-regularly on Sunday afternoons. Each person brings flower to share and places contributions on an altar, such as photographs, a live plant, and a twine of hemp in the shape of the Cantheist symbol. Some socialize while others roll joints or cones from the shared stash.

To begin the ceremony, Cantheists sit in a circle and repeat the creed, which includes the officiant’s declaration, “I appreciate Cannabis Hemp as a sacrament I use to connect me with my community and with myself,” to which participants respond, “Therefore, we share it in thanksgiving and deep respect for its resinous powers.”

Members of the circle place their left hand on their heart while accepting the communal joint with the right hand. Holding eye contact with the person passing the sacrament, the acceptor says cannamasté, a greeting derived from the yogic and Hindu namasté that in the Cantheist context references a shared belief in cannabis’ sacred role.

“This is intended,” Conrad said, “as a sacramental, spiritual connection, not as a party, not even as a medicine because you’re sick.”

Instead, it’s a means of accessing parts of consciousness beyond the rational mind.

Norris, who was raised Jewish, told High Times, “Cannabis has given me windows into the mysteries of life, nature, and the universe. It’s filled that spiritual need inside of me. When I lost connection with a monotheistic God that’s gonna direct my life and listen to my prayers, what I got instead is the connectedness that cannabis brings.”

Once the sacrament is passed and consumed, Cantheist Jaene Leonard often leads the group in yoga nidra.

“In this deep relaxation,” she told us, “we realize that we are pure consciousness… here we can heal our sense of separation and find the space to explore our heart’s deepest desires.”

Swami Chaitanya, the longtime Emerald Triangle grower of Swami Select notoriety, will sometimes give a talk on cannabis spirituality and Ganja Ma, goddess of cannabis. Each person then may share an affirmation or a story about cannabis as it pertains to spirit. Some may choose to play music or dance, while others continue to talk and partake. After a potluck meal, the group gradually disperses, says Conrad, maintaining that cannamasté gatherings needn’t go on all day. One of the tenets of the religion, he laughed, is “don’t be obnoxious.”

Conrad and Norris use the leftover cannabis to start a communal joint at future gatherings and to continue the spiritual momentum from one meeting to the next. Solstices and equinoxes are recognized as part of Cantheist devotion, reflecting earth-centered leanings derived from the plant’s agrarian connection. 4/20 is also an emergent holiday in Cantheist rites, though Conrad remains wary of its party origins.

What began as a small gathering of friends in the home of its founder has grown. At the 2018 Emerald Cup, Conrad and Norris, along with Swami Chaitanya, his partner Nikki Lastreto, and others, took part in the panel Cannabis and Spirituality and then shared the cannamasté ritual with over 100 participants. Their next meeting, at a large venue in Oakland, could welcome even more.

Swami Chaitanya speaking at a gathering; Courtesy of Mikki Norris

The cannabis industry has undergone tremendous change in the last several years and will continue to morph and grow in response to the nationwide trends toward legalization. For Conrad and Norris, Cantheism is important precisely at this moment. As the hooks of big business dig into cannabis, and the industry is infused with capital and entrepreneurship, Cantheism can, according to Conrad, “create an opposition to the commercial, so that the spiritual—and then maybe the secular, too—will fit in in a way that’s more holistic.”

Cannabis, in Norris’ view, is more than a fun thing that improves the taste of food or makes sex better. “We love that, too,” she said. But she and Conrad see the cannabis plant as holding the power to counteract climate change and bring medicine, inspiration, and higher consciousness to many—in other words, to make the world better.

Norris believes that cannabis has made her better on a personal level—as an activist, an advocate of victims of the Drug War, and a creative person. This sentiment was echoed by a number of Cantheists who emphasized that personal growth, connection to others, and social and environmental justice are all values knit into the cloth of the Cantheist community.

Mitchell Colbert, a frequent participant, gave his own interpretation of the spiritual worldview and the humor of Cantheism: “I love my fellow animate beings, even down to the bugs and plants… and as strange as it may sound, I love the inanimate parts of the world; the light as it cracks through the trees, fresh snowfall, and even the chair I am currently sitting on, since without it using my computer would kind of suck.”

For his part, Cantheism’s founder would like to see the movement flourish.

“I think this could theoretically be one of the fastest growing religions around,” Conrad said.

He hopes to see communities forming all over the world that focus on the spiritual–not commercial–side of cannabis.

“This is not just another commodity that people buy and sell. People have been sent to prison to keep this plant available to others. That’s a profound thing.” 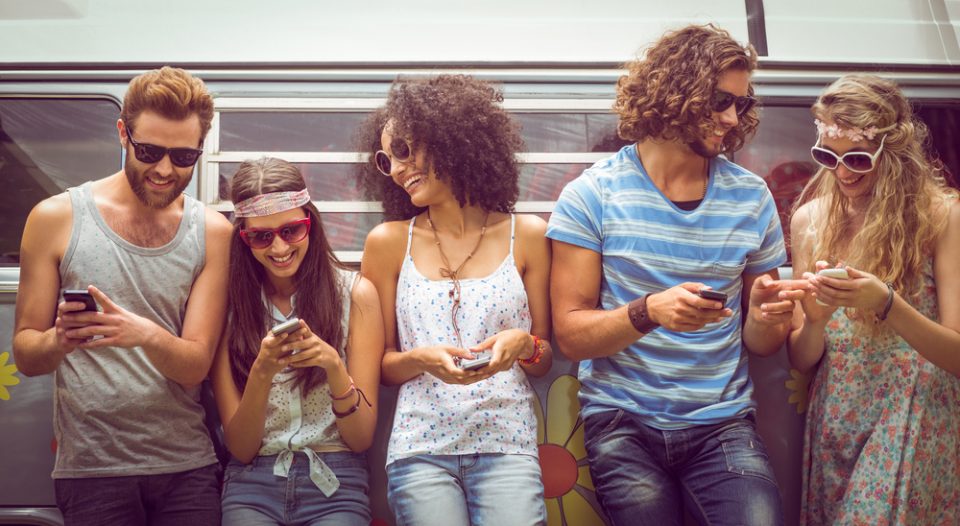 Millennials Are Fueling the Cannabis Economy 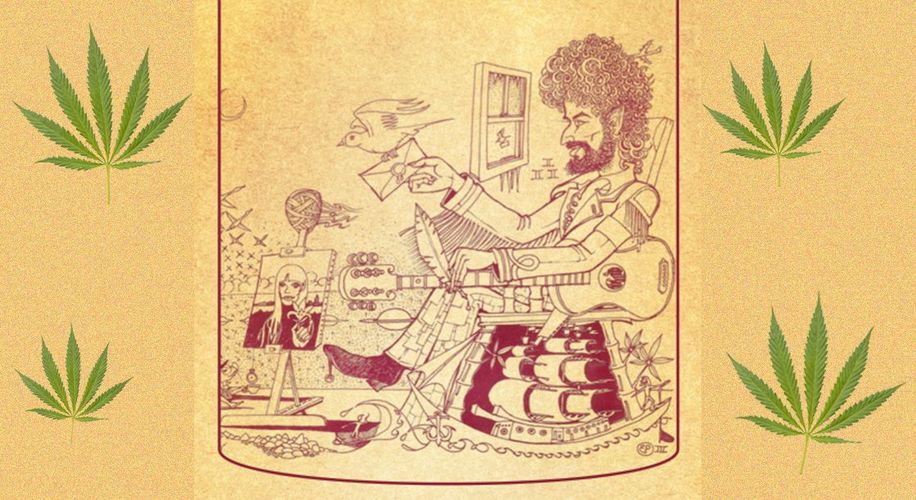