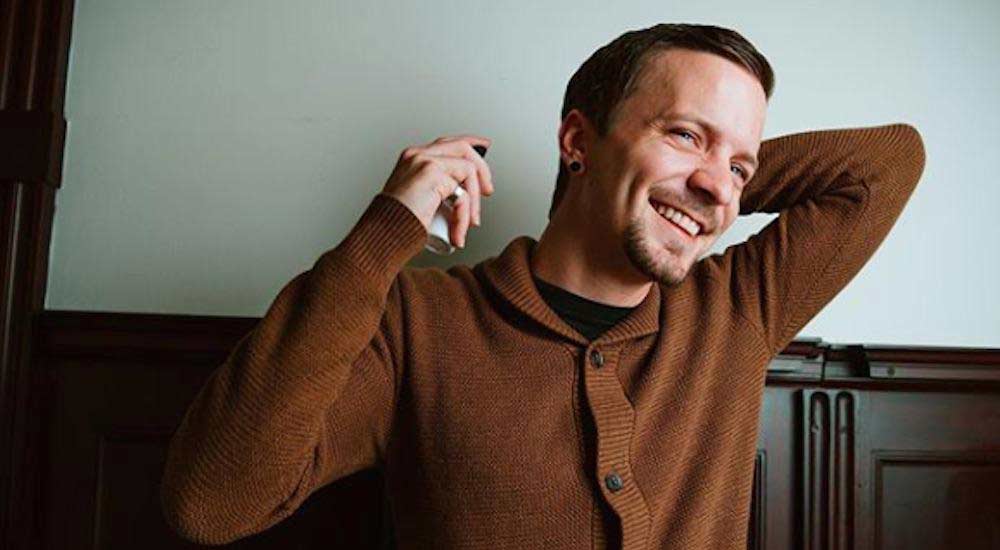 [Canniseur: For many of us, ‘being high’ isn’t about getting stoned. It’s about micro-dosing and staying sane. Micro-dosing is important to the way we function, day in and day out. Bradly King’s message is an important one for harnessing the power of cannabis. His fight against the dumb stoner image is also important. Day-by-day cannabis becomes normalized throughout the world and this image is slowly fading away.]

For the past five years, Bradley King has been a successful global life coach, inspiring and encouraging clients around the world. Two years ago, after a client shared that cannabis helped them deal with life’s issues, King found his own life being coached, with his sessions diving deeper and able to move forward more quickly than anything he’d ever witnessed prior.

King soon realized just how many of his clients were self-medicating with cannabis for various disorders, and that it was as much a part of their lifestyles as it was his.

According to Life Coaching Press, the life coach industry in the U.S. officially crossed over as a valid option to mainstream therapy in the 1980s. The industry exceeded the billion dollar mark in 2017, with the International Coach Federation listing more than 50,000 members, worldwide.

Life Coach Press reports that more corporations are now hiring life coaches, rather than traditional mental health counselors, to assist employees through tough patches and/or work related stressors. This, they say, is due to the negative stigma of old-school therapies that can last years. Life coaching was developed to provide a path forward with more immediate results.

“I remember the first time a client let it slip that he used cannabis and it helped him,” King shared. “Our sessions had been awkward before that, because of his anxiety issues, and I asked if he would be more comfortable if he smoked a little. I had just recently started smoking again myself, after a long break, and I asked if it was alright if I take a hit or two, as well—to maybe help him feel more comfortable.”

Bradley King said he’s a big believer of micro-dosing – keeping smoking to a minimum for optimal effect—especially during coaching sessions.

“We didn’t overconsume and chatted slowly. The session changed,” he continued. “This client was typically anxiety-driven, but after taking a hit or two, he calmed down substantially and opened up more than he ever had before.”

At the time, King was offering a ten-session package, and during the first four sessions, the client seemed to be stuck. With King admitting that it wasn’t entirely the client’s fault.

“I started listening differently,” he explained. “My sessions became deeper – more spiritual. It really opened my eyes, and I knew this was something I had to offer others.”

Bradley King is now known as the Cannabis Coach on social media, with his roots firmly planted in the methodology of a life coach. 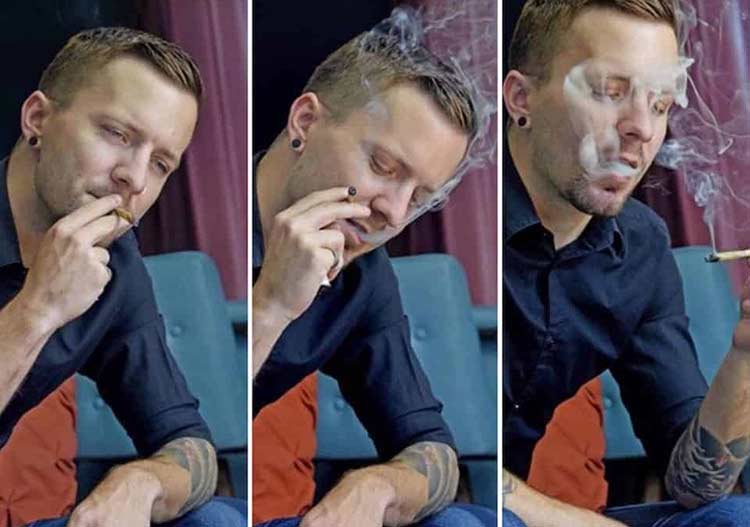 “Many of my clients have admitted to overmedicating with cannabis,” King shared. “I can tell right away when a client has smoked or ingested too much,” he said. “They ramble and rant. They may even become more anxious, and the session fails. It’s hard to get them back, but it also creates a learning moment at the top of the next session, when I remind them that I’m not a therapist, I’m only here to guide them down a path to reach their life’s goals, and focus is everything.”

Too much THC can trigger anxiety, and Bradley King said that unfortunately many of his clients suffer from the malady, sharing, “They say, ‘I’m smoking and smoking and smoking, and I’m not getting any better!’ I always share information on micro-dosing first.”

Sessions might include a discussion on the use of tinctures, using products topically, and how much THC is enough for his client’s personal needs. Not as a medical professional, but as a life coach, helping them add to their sessions, moving forward, while getting the most out of cannabis use in their daily lives.

He also discusses the benefits of using cannabis consistently every day, and how regular dosing relates to long-term benefits, while adding to the coaching experience—including the differences between a CBD rich cultivar and one high in THC.

Cannabidiol (CBD) high cultivars have been found to reduce anxiety more substantially than high tetrahydrocannabinol (THC) cultivars, especially when over medicating via smoking.

In a paper published by the University of Washington, authored by none other than Susan A. Stoner, PhD, Research Consultant (true story), she surmises that due to the high percentage of THC in modern-day weed, tolerance becomes an issue, with the endocannabinoid system playing a role in brain function, where anxiety, fear and stress is concerned.

From the paper, “Endocannabinoids appear to modulate highly interactive stress and reward networks, consisting of the endocannabinoid system (ECS), dopamine system, and hypothalamo-pituitary-adrenocortical axis. These networks establish the balance between distress and well-being. Like social interaction and exercise, marijuana intoxication produces a sought-after state of calmness or contentedness, mediated by interactive anxiolytic effects of increased cannabinoid and oxytocin receptor activation and rewarding effects of elevated dopamine.”

In other words, just as in using pharmaceuticals for increased brain function, when using cannabis for mental health issues, stopping cold-turkey presents negative effects, causing the patient to possibly dive deeper into depression and/or anxiety symptoms, including panic attacks.

Bottom line, King insists on moderation when medicating with cannabis high in THC for anxiety and related emotional issues, and that finding and knowing your dose for the level of help needed is key. 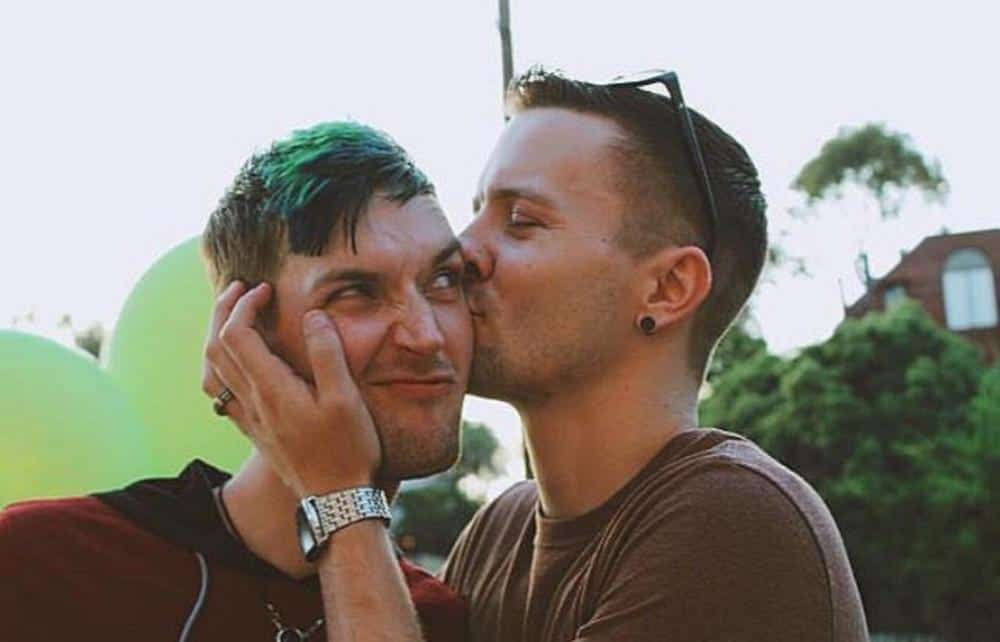 Bradley with his husband Tom/ Courtesy of Bradley King

The most successful life coaches fulfill a niche in the field and are able to command six-figure incomes. And, like Bradley King, they’ve become social media influencers. Some with rock-star-like followings.

From his social media postings, many new clients might be compelled to session and wanted to get high with the celebrity weed coach, but King said he’s all about educating his clients on how cannabis works with our bodies and our psyche, as part of a life coaching experience; helping them get beyond whatever trauma or obstacles that brought them to him in the first place.

“My knowledge in this area is personal, as I’ve witnessed trauma myself. I was sexually raped when I was 16 years-old,” he shared. “I dealt with anxiety, PTSD, depression—and attempted suicide a few times. I was unable to cope with life, and fell into the trap of abusing drugs and alcohol at a very young age.”

To complicate an already difficult situation, King said he was also dealing with the fact that he was gay. He became sober just prior to turning 17, but it would take four more years to come out of the closet to his parents, at 21 years of age.

“I met my husband when I was 22, the year after I came out,” he continued. “I had walked through a few fires at a young age, and got through it with what felt like an old soul—ready to help others, if given the opportunity. Four years later, I became a certified life coach.”

Today he and his husband have a nine year-old son they adopted via fostering. Aside from the stigma of being a gay father, King’s professional focus is on breaking the stigma of the stupid stoner.

“That’s really what this is all about for me, breaking all the stigmas now,” he surmised. “The world needs to know that you can be married, have a child, a nice house—and a mental disorder—all the while being a productive member of society, medicating with cannabis.” 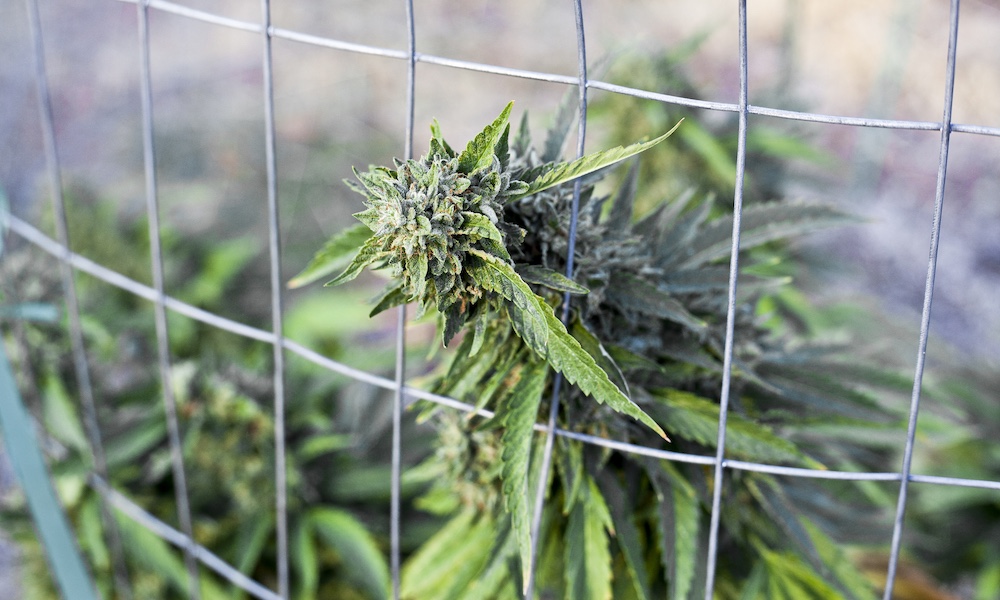 Teen Marijuana Use Down, Adult Use Up 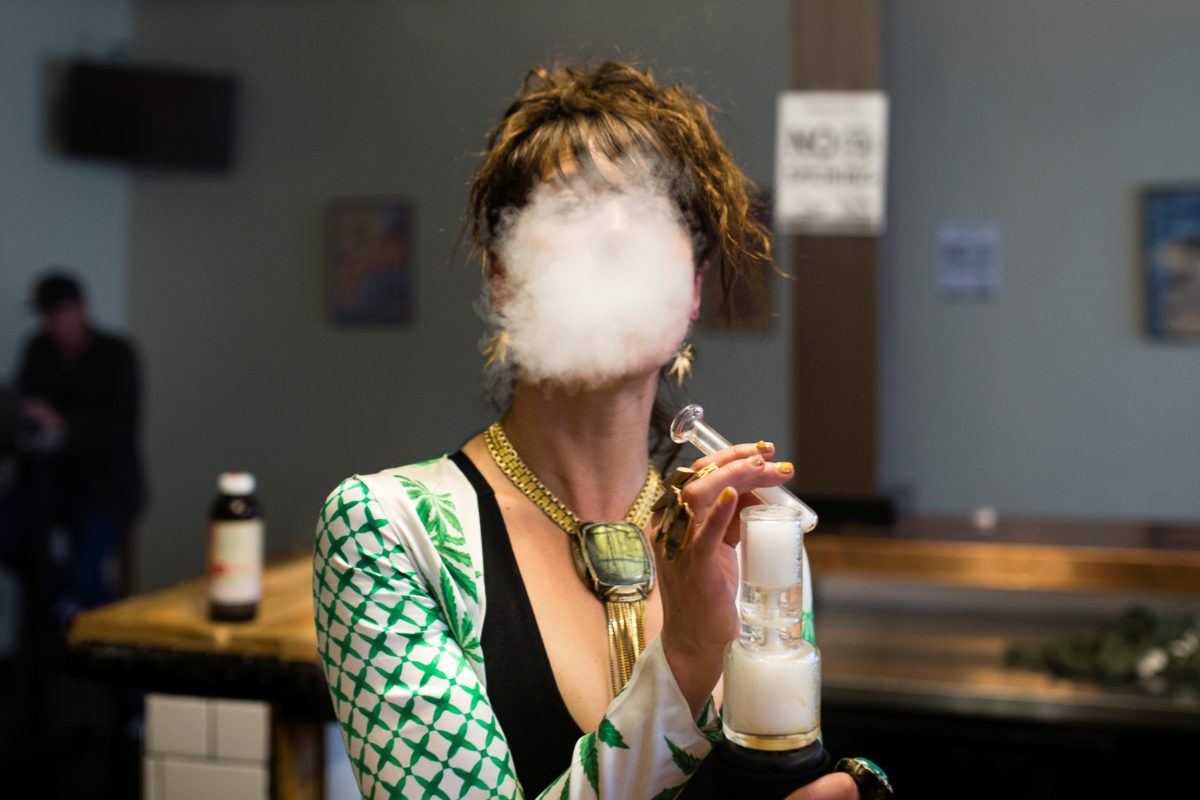