How To Smoke Out Of a Bowl 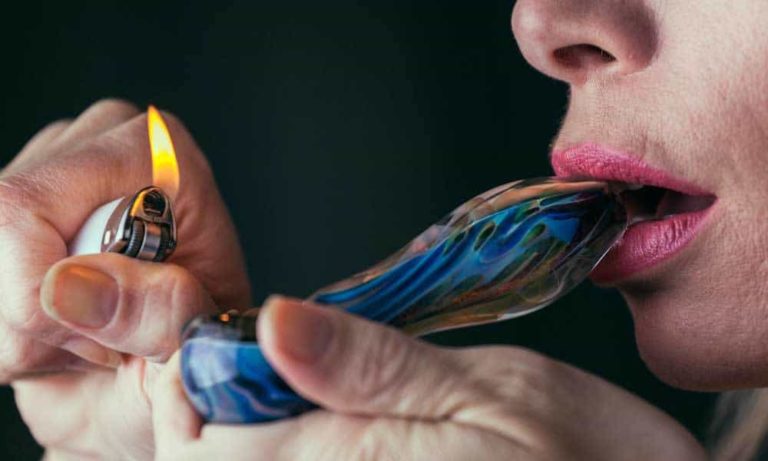 Original Post: High Times: How To Smoke Out Of a Bowl

When you think of the classic smoke sesh, it (typically) comes in the form of rolled paper, a bong, or a bowl. However, if we had to pick which one would be the most common, it’s hard to side against the bowl. It’s compact, easy to use, and best of all—it gets you ripped. With all of today’s fancy-schmancy weed toys, it’s easy for the bowl to get undersold. It might not have all the bells and whistles of today’s most luxurious paraphernalia, but there’s no denying that the classic bowl will always be a staple of stoner society. If you’re just getting into smoking, you might not know exactly how to smoke weed out of a bowl. But it’s pretty safe to say it’s not rocket science. Either way, let’s take a look at how to smoke out of a bowl.

The first step in how to smoke weed from a bowl actually serves as somewhat of a precursor to the actual act of smoking—simply cleaning the bowl. Because, well, you can’t learn how to smoke weed out of a bowl if the bowl itself is unusable.

Obviously, you can avoid this step if it’s the first time using the bowl, but if it’s used, you’re going to want to clean that bad boy up before learning how to smoke out of a bowl. There are plenty of cleaning solutions you can buy at your local smoke shop, but we just prefer to use the good old fashioned combination of warm water and rubbing alcohol. Let the bowl soak in an alcoholic bath for a few hours. This should help loosen up all the excess resin. Then, simply rinse out the bowl with warm water, and you should see loads of resin make its way out of the bowls openings. Make sure you rinse well, or else you’re going to taste alcohol when you smoke (not ideal).  Wipe down your bowl with a cloth, and now you’re ready for step two of learning how to smoke out of a bowl.

Grind Up Your Bud

You can do step two while you wait for your bowl to soak. Again, if you don’t have to clean your pipe, then this is really your first step. But it’s integral when learning how to use a bowl for weed.

Just put your nug into the grinder, and start turning. You don’t want to grind all your herb into a fine powder, so it won’t fall through. We actually suggest grinding your bud up without a grinder, just to get a firm pack. But obviously, to each their own.

Now, it’s time for the buildup for the main event in how to use a bowl for weed. Use your thumb and index finger to pick up the ground up herbs to place into the bowl. Make sure you pack the bud in there enough so that it won’t fall out, but don’t pack it to the point that it’s hard to take a good hit. You’re going to want a smooth airflow in order to get the best hits, especially if you’re just learning how to smoke weed out of a bowl. In terms of amount, it’s up to you, but typically, the weed should pretty much fill up to the top of the bowl.

Now, this is the part where some first-timers might need a little advice. Regardless, it’s not very difficult to master how to smoke out of a bowl.

Before we learn how to smoke weed out of a bowl, we’re going to cover cornering the bowl. This is especially important if you’re smoking with others. You can, of course, just burn the flame over the whole bowl, but in order to preserve greens (as well as not having to take huge hits of ash), cornering is a must. When you bring your lighter to the bowl, make sure you only burn a small section of the buds on the inner edge of the bowl. That way, you can continue smoking the “greens” until all the corners of the bowl are turned to ash.

Let’s talk about actually taking a hit. Unlike most one-hitters or tobacco pipes, your classic bowl is going to have a carb on the left side of the piece. Now, to properly hit it, keep your thumb firmly planted over the bowl while you’re lighting it. Inhale a little while the carb is blocked, then remove your thumb. Continuing pulling it in until you feel it in your lungs. If you really want to get super-duper high, hold the hit in for a few seconds. The magic number for a solid weed hit is three seconds. Once you exhale, you should instantly feel a little head rush. Don’t worry, you’re going to be high in a couple of seconds.

After you’re done coughing, laughing, and questioning your own existence, you’ll probably find that your bowl is just purely ash. Once all of the green is gone, it’s pretty safe to ash it.

Of course, that’s not to say you’re done smoking—ashing it is only preparing yourself for another round of greens.

Simply turn the bowl upside down, and tap the back of the piece to knock the ash out. If it’s a little clogged, you can hold the carb and blow the ash out through the actual bowl. Be careful to not inhale though; you might get a bunch of ash in your mouth.

If it’s still clogged, try using a paper clip, toothpick or any small, sharp item to scrape the resin from the bowl. At this point, it’s simply rinse and repeat until you’re stoned to your liking.

Voila! Now you know how to how to use a bowl for weed. Like all things reefer-related, learning how to smoke weed out of a bowl takes practice. Don’t be discouraged if you need to ask how to smoke out of a bowl more than once—everyone starts somewhere!

The post How To Smoke Out Of a Bowl appeared first on High Times.

How To Smoke Out Of a Bowl was posted on High Times.