How to Taste & Pair Food with Cannabis 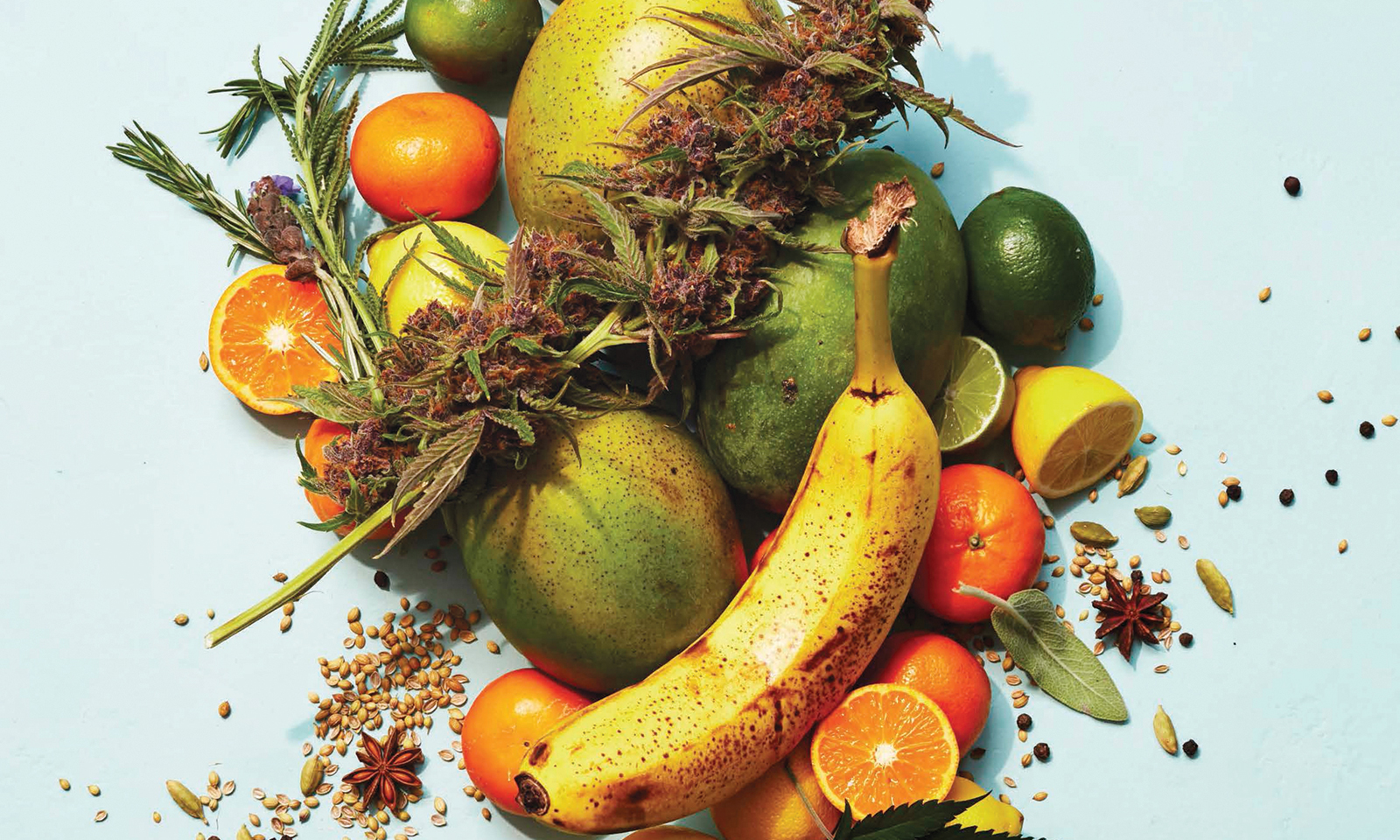 [Canniseur: Food. Cannabis. Munchies. Food and cannabis have always gone together. From the first time you get high and get the munchies and then start exploring food and cannabis, it’s a long and wonderful trip. Here’s some great tips on how to pair different strains of cannabis with foods and not munchie foods either.]

A look inside “Bong Appétit: Mastering the Art of Cooking with Weed.”

One of the most exciting elements of cannabis, in a culinary sense, is its ability to interface with food and drink in very interesting and powerful ways. Much like a dry, acidic, citrus-forward rosé is the perfect partner to a piece of seared fish, the uncanny citrus qualities of Tangie, for example, complement a ponzu-soaked piece of sashimi.

Today’s modern cannabis products, such as separated terpenes, can give you incredible versatility, creating a rich dining experience as aroma and flavor notes bounce back and forth.

While you are able to impart some complementary or contrasting flavors with infusion methods that use lower heat, or by adding terpenes directly to food, you can also have great success pairing cannabis flavors with food via smoked or vaporized cannabis, specifically high-terpene concentrates. And, unlike alcohol, cannabis’s ability to bring the user up or down with its different effects gives it an additional layer of experience, so a cannabis sommelier can start a meal with an uplifting, bright variety and end it with a rich, relaxing one.

When planning a cannabis-pairing dinner, think about the strongest flavor elements in the food and try to play off of those. Often, the most intense element is not the main protein or starch but rather a sauce or herbal component of a dish that makes it unique.

Try to think about contrasting flavors as much as complementary ones; it’s not always about picking something that tastes similar or goes with the dish in a conventional sense. An intriguing pairing can surprise guests and make them appreciate both the food and the cannabis more than they would have either on its own.

To help you get started with understanding the ways to pair and contrast with cannabis, the following are some of the most common scent and flavor categories that you’ll come across. 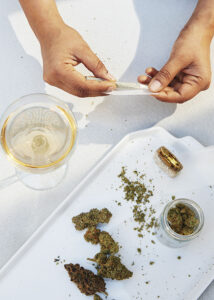 One function of terpenes is to deter predators from eating or otherwise damaging the plants. To do this, sometimes certain varieties will emit a smell that can be described as foul or overwhelming. Over the last decade, connoisseurs have tended to seek out these varieties, with the incredibly pungent, sharp scents cutting right through the overmatched plastic bag or jar attempting to keep them at bay. Known as “gassy” or “sour,” these flavors can include elements of kerosene, glue, skunk, tires, rubber and bad breath.

While smoking something that smells like the old tennis balls in your grandpa’s attic may not seem like an activity you want to do, these varieties also tend to be some of the most potent and unique, often with hordes of fans obsessing over their subtle differences. Pairing a gassy strain can be difficult, but these tend to do best with dishes that will stand up to them, such as smoked meats and herb-forward sauces (think chimichurri), but they also go suspiciously well with coffee.

Some of the most notorious gassy, acrid varieties are Chemdog, Gorilla Glue, Headband, any OG Kush variety, Sour Diesel and Triangle Kush.

While other flavor categories often have hints of citrus in the mix, there are some strains that have such a strong and uncanny citrus aroma that it’s at times hard to distinguish them from the real thing. The presence of limonene (which is found in grapefruit, lime and lemon oils) is generally the reason a strain smells citrusy, but whether they smell like sweet lemon candy or garlic and lemon depends on the specific ratio and combination of other terpenes present.

Citrusy varieties tend to be mentally uplifting and physically invigorating just like limonene itself, which makes sense because you more commonly find citrus-heavy flavors in strains that have traditionally been described as sativa. To pair most effectively with citrus varieties, think about how you’d use citrus in cooking; it’s usually best to help brighten up a dish or add a lasting aftertaste that lingers on the palate.

Like some of the more complex and challenging wines of the world, cannabis has a whole host of rich, dank, earthy flavors present at times. Leather, smoke, coffee, soil, peat and vegetation are some of the terms used to describe such strains, which tend to have been categorized as indicas over time. These varieties are often relaxing or sleep-inducing, perhaps due in part to the presence of terpenes such as myrcene and beta-caryophyllene, both of which are thought to have anti-anxiety properties.

Cannabis is a flower after all, so it’s expected that some varieties simply smell light and fragrant like other flowers. While certain strains kick down the door to your brain like a sensory SWAT team, others lightly dance in — calming and tranquil, blending in rather than taking over. One terpene that is very common in floral varieties is linalool, which is also the most common terpene, found in lavender and many other botanicals such as bay laurel, coriander and sweet basil. These strains can range from very soft, pleasing scents to slightly more complex, grassy ones. Floral aromas are great to use in dishes such as subtly flavored baked goods and to scent sauces and drizzles in unobtrusive ways.

The general flavor present in cannabis can be described as “herbal.” Though this admittedly covers a huge variety of scents, they are similar in that they can be found in other herbs such as rosemary, sage and eucalyptus, and also in things like pine trees. The most common terpenes in herbal varieties tend to be alpha-pinene, beta-pinene, beta-caryophyllene, humulene and terpinolene, the combination of which can cover the spectrum from the tangy citrus spice of a Jack Herer to the pine-forward floral sweetness of a Maui.

The first time you smell weed that is truly sweet, it’s a life-changer. Since the odor that most casual users associate with cannabis is along the acrid, skunky side of things (because that’s the way smoke usually smells), they’re often totally surprised to find aromas ranging from lemon drops to cotton candy to green papaya, or a combination of ten sweet things all rolled into one.

Sweet varieties usually run a spectrum from the almost creamy, neutral sugary side to the tangy, tropical fruit side, all of which offer a lot of options when it comes to pairing. Though it’s tempting to pair sweet with sweet, it is often more interesting to use the sweet strains as a way to cut through something acidic or to enhance something herbal. If a strain has the distinct qualities of a specific fruit, sometimes the flavor will come through clearly enough to replace the actual fruit in a recipe, similarly to the way you can use a fruit extract.