How Will the Cannabis Industry Affect Alcohol Use? 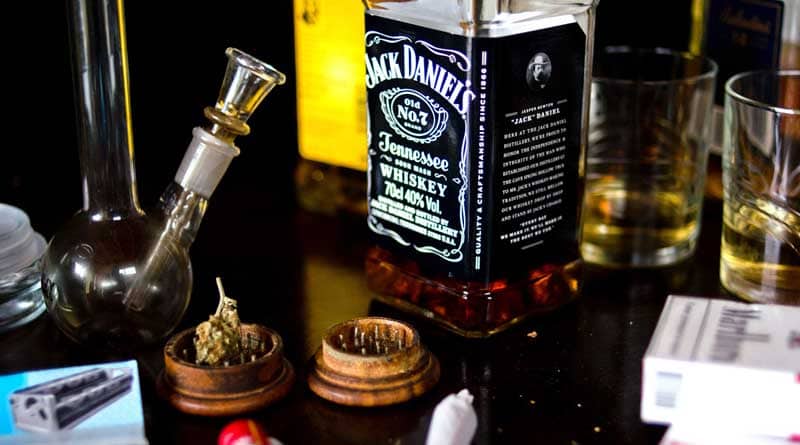 [Editor’s Note: The jury is still out on this question. Last we read, alcohol use in Colorado has remained about the same per capita, but that could change in the next survey. Despite what the author states…well, read for yourself.]

Many stakeholders in the cannabis and alcohol industries are eager to see how and if marijuana legalization will impact alcohol consumption. Due to cannabis only recently becoming more accessible, the degree to which it affects alcohol use is still uncertain, but early studies and observations suggest that many people are reducing their alcohol intake in favor of marijuana consumption.

A recent joint study by researchers at the University of Connecticut, Georgia State University, and Universidad del Pacifico suggests that there’s a reduction in alcohol consumption in the United States and it’s correlated to marijuana’s increased legality and accessibility.

Rather than survey consumers, the study used alcohol data from the Nielsen Retail Scanner for 90 alcohol chain stores between 2006-2015. The researchers opted for this data in lieu of surveys because people tend not to be truthful about their frequency and amount of alcohol intake. The study compared alcohol sales in states where medical marijuana is legal against states where it isn’t, including data before and after medical cannabis became legal in a state. Furthermore, the working paper considered socioeconomic status as that can impact how much alcohol various populations consume.

Over the 10-year time period the researchers studied, counties in states with legal medical marijuana showed nearly a 15% reduction in monthly alcohol sales. The study concluded that alcohol and cannabis are often substitutes for one another and, when presented with the option to consume marijuana, many alcohol users will forgo alcohol in favor of cannabis.

That being said, because legal recreational marijuana is so new, there are many variables that have yet to be studied with respect to the relationship between cannabis and alcohol. In addition to a reduction in alcohol sales, it helps to look at how overall cannabis sales compare to alcohol. In 2018, Aspen’s cannabis sales eclipsed alcohol sales for the first time in U.S. history. According to an end-of-year sales tax report, cannabis is the fastest-growing industry of Aspen’s 12 retail sectors.

These developments have raised the alarm for alcohol businesses. In early 2018, Molson Coors determined that legal marijuana is a risk to the company’s growth and development: “Although the ultimate impact is currently unknown, the emergence of legal cannabis in certain U.S. states and Canada may result in a shift of discretionary income away from our products or a change in consumer preferences away from beer.”

Molson Coors isn’t alone with its concern; Boston Beer and Craft Brew Alliance also expressed concern while Constellation Brands, the owner of major alcohol brands like Corona, made a large investment in the cannabis industry.

Like most aspects of the cannabis industry, there needs to be more research to determine how, exactly, the increased accessibility and legality of cannabis will affect alcohol consumption. However, early research and observations suggest that the accessibility of medical and recreational marijuana reduces consumer interest in alcohol, which is causing some alcohol companies to invest in the marijuana industry while others are strategizing for how to better combat the competition.

About Kelly Weimert Kelly is a full-time freelance writer based in Austin, TX. A happy hybrid of geek and hippie, when she’s not nestled into her couch crankin’ out crafty prose with her miscreant Chihuahua, you can find her frolicking outside to keep her sanity in check.

The post How Will the Cannabis Industry Affect Alcohol Use? appeared first on CannabisFN.