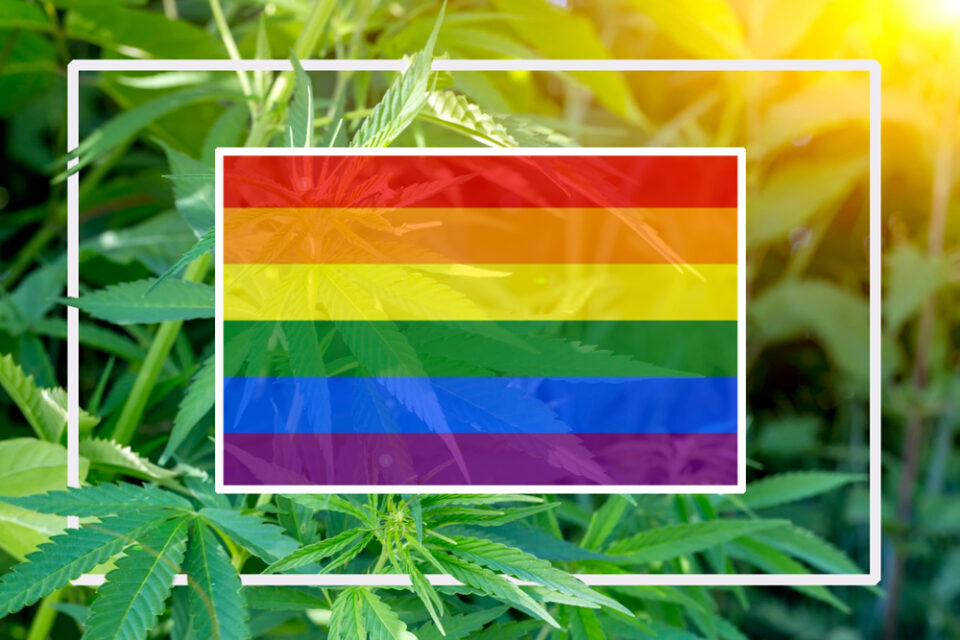 [Canniseur: Hate is not welcome here. With the SCOTUS ruling yesterday, LGBT have finally realized employment security. Finally! It’s 2020 FFS. The cannabis industry can surely step up and support both the LGBT AND the Black community. The bottom line is, we ALL can step up a bit more and support everyone’s efforts to be equal humans. ]

The shared history between cannabis and the LGBTQ+ community is long, including the landmark moment when HIV/AIDS activists pushed through medical marijuana legalization in California in 1996. There is a commonality of lived experience as well. As articulated by Laila Makled and Caroline Phillips in an April 2019 article for The Washington Blade, “Both cannabis and LGBTQIA community have lived on the fringes of society for decades, navigating a country where their acceptance was, and often still is, hard to attain.”

Several cannabis companies are stepping up to support and commemorate Pride month. In addition to donating $15,000 to GLAAD for Pride month, edibles brand Kiva Confections has re-released their tropical-flavored Proud Camino gummies. San Francisco-based company SPARC has launched its exclusive Unicorn OG cartridge, and is donating $1 per sale to the GLBT Historical Society. Peak Extracts is offering a Pride promo with 10% off of their entire line of tinctures and topicals, and purchases of Aster Farms’ limited edition Rainbow Chip Pre-Rolls and a Coolhaus pint will benefit Los Angeles based LGBTQ+ charities.

But Pride month is not happening in a vacuum. We are in the midst not only of a global pandemic, but a global uprising of citizens in the face of systemic racism and police brutality against Black people.  Though many cannabis companies have made strong gestures of solidarity with the fight for racial equality during Pride month, such as Envy CBD which posted a “How to Support Your Community” primer on its website, few are stepping up on the monetary end, at least not yet.

Black communities have long been disproportionately affected by the criminalization of marijuana (as reflected in this report published by the ACLU), and black trans women of color are even more vulnerable to police brutality than their cisgender counterparts. “Trans people who have done street economy work are more than twice as likely to report physical assaults by police officers and four times as likely to report sexual assault by police” according to Blueprint for Equality, published by the National Center for Transgender Equality. In case you missed it, “street economy” includes the sale of marijuana in places where its recreational use is still a crime.

Many Pride event organizers have offered to dedicate their marches and rallies to solidarity with the Black Lives Matter movement, such as the All Black Lives Matter march in Los Angeles on Sunday, June 14. The organizers made inclusivity an explicit theme of their protest, which helped to highlight the invisibilization of black trans people that occurs within the context of racial justice.

The annual Pridefest in Milwaukee, Wisconsin was canceled altogether to center the concerns of the Black Lives Matter movement. With all of the crossover between cannabis, LGBTQ+ and Black communities, it seems a natural step that in addition to “sharing the mike” with Black voices, cannabis companies might be moved to share the spotlight and profits from their promotions as well. With two weeks left of Pride 2020, there’s still time.