After Netflix’s weed-themed sitcom Disjointed was abruptly canceled, the streaming service needed to find a replacement for its pot-leaf shaped hole. With marijuana’s ever-increasing prevalence in pop-culture, finding a niche show should be as easy as 1,2,3. Luckily, the streaming service, was, in fact, able to find a different kind of cannabis fun, this time, with a new competitive weed cooking show coming to Netflix in June.

The show, aptly titled Cooking On High, is set to debut on June 22nd. The show will be hosted by comedian and YouTube sensation, Josh Leyva, known for his diverse array of wacky characters, viral skits, and odd challenges. He’s also starred in the movies Laid in America and Dance Camp, both of which were released back in 2016.

Joining Leyva is fellow comedian and noted cannabis activist Ngaio Bealum, who will serve as the show’s primary “culinary weed expert.” Bealum was the original host of the television series Cannabis Planet and has published the West Coast Cannabis Magazine, a non-profit cannabis magazine. He also has a weekly column in the Sacramento News & Review, where he answers readers’ questions about cannabis and the laws surrounding it.

As for the show’s format, the new-age cooking program will pit 10 chefs against each other to see who can come up with the best tasting and most creative dish for a panel of four celebrity judges. The only caveat? All of the recipes must get you stoned. That means, presumably, the chefs will also have to master the art of decarboxylation and extraction of THC, in order to ensure their dishes are both delicious and potent.

Other than the basic premise, and the castings of Leyva and Bealum, not much is known about the show, other than the fact that it’s rated 18 and over (you know, because of the whole ‘weed’ thing). Guest hosts have yet to be named, and it remains to be seen what sort of weed-infused dishes the contestants will be required to chef up. But if the show turns out to be a pot-centric version of classic competitive cooking shows like Gordon Ramsay’s Hell’s Kitchen, or the ever-popular Cutthroat Kitchen, we should be in for quite the treat.

However, if all the contestants are as stoned as the judges figure to be, temper tantrums should be expected to be kept to a minimum.

Talk about getting ‘baked.’ 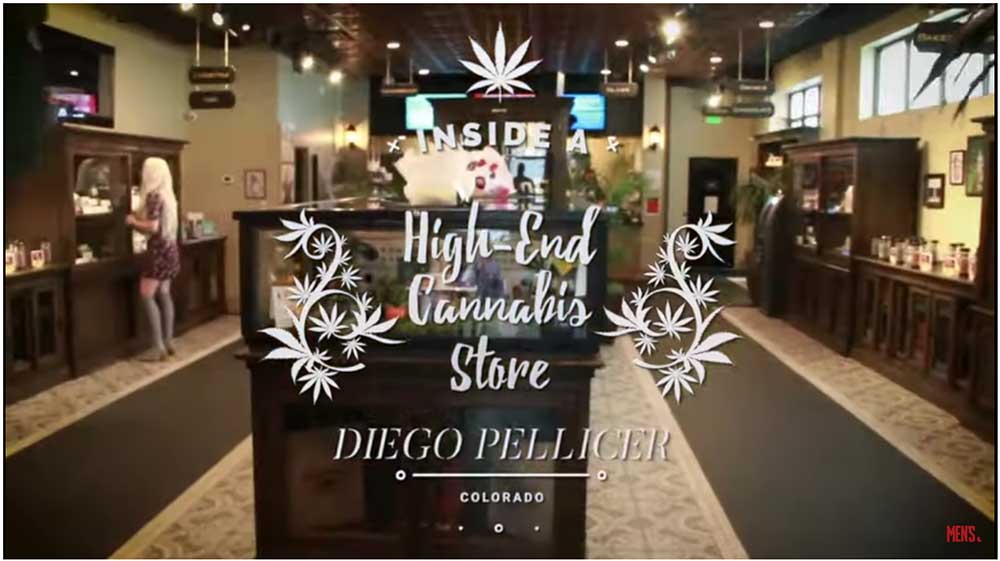 Video: Inside a High-End Cannabis Dispensary