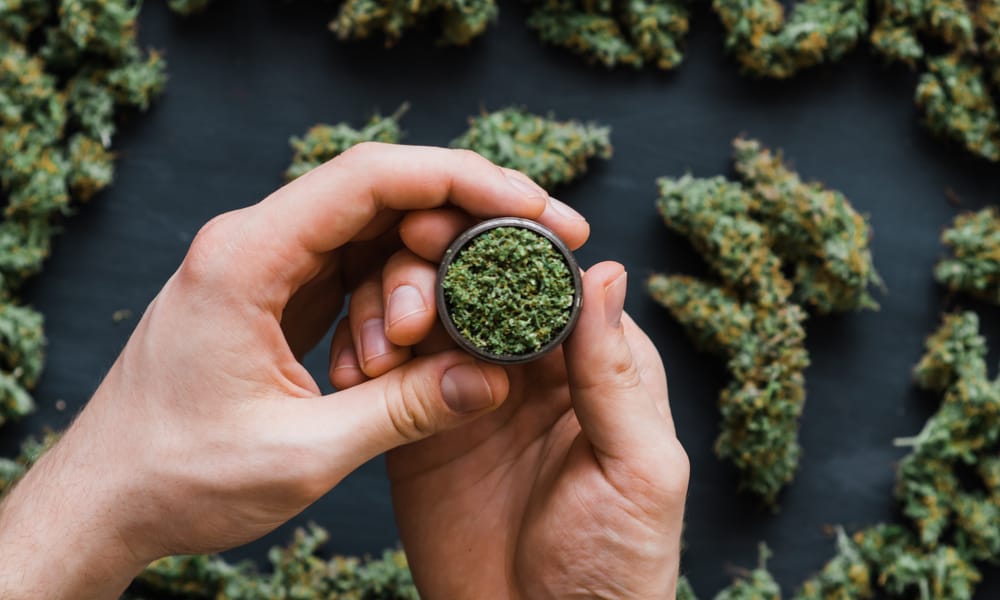 [Editor’s Note: This is a real life story about the complexities of cannabis, people, and relationships. We should never think cannabis is a completely safe drug. Not from dangers of an O.D., but those 10% who have a predisposition to cannabis use disorder.]

I met my husband in Berkeley in the early 2000s. I was a quasi-hippy with long blonde hair, and he was a stoner with thick black curls and glasses. I was earnest and idealistic; he was smart and funny and sometimes fantastically dark. We had many differences that made for interesting conversations and great sex.

Soon, I realized that weed occupied more space in his life than an occasional indulgence. No time or activity was off-limits;  not mornings, or work time, or therapy, or hours spent working on his grad school essays. It was a passion, a way of life. And a crutch.

I liked weed also, but in those days alcohol’s familiarity appealed more than the unpredictable experiences that resulted from whatever stuff he bought on the street. No one I knew was talking about strain names, or THC to CBD ratios, or even the now-outdated sativa/indica differences. Lab testing was unheard of for the recreational user and the growing conditions behind the weed you could get your hands on was anybody’s guess.

His weed thing aside, he was a good guy. We got married, moved around a few times, went to grad school, landed adult jobs, had kids. Life went on. One day he told me that he wished he had never started smoking weed, that he blamed the habit for his career dissatisfaction, and for his enormous self-doubt. Bouts of debilitating paranoia and anxiety plagued him. He sometimes even hallucinated while high. I also suspected that weed played a role in his mood swings that sometimes took him from tense and high-strung, like a tiger pacing in a cage, to really, really dark.

If weed was more harm than help, why, I wondered, didn’t he just quit? I became judgy about his pot smoking. Scolding. Controlling. Mom-ish. And in response, he cut back. Then he stopped. Except he didn’t. More on that later.

Heads up: if your life and relationship are both perfect, you should probably stop reading now.

After 13 years of marriage, I couldn’t understand why I hardly ever felt close to my husband anymore. We weren’t fighting. We still had sex. But something felt horribly off. I tried to talk about it, but he wouldn’t open up. These frustrations crystallized at a moment when a man I knew started flirting with me over text. I told myself, and him, that I wouldn’t cheat. I even believed it. But I kept texting with him anyway, and soon things had progressed. I’m not proud of it , but it’s real.

In the midst of all this, Prop 64 passed, legalizing adult-use in California.

A few weeks later, I tearfully told my husband about the affair and our marriage unraveled rapidly. Plenty was said and done that both of us now regret. I ended the affair, but a Pandora’s box of hurt had been opened. My husband and I loved each other and we hated each other. We got back together and we split again so many times I lost count.

Then, finally, another piece of the puzzle emerged. My husband had been hiding his obsessive use of weed from me for years. He kept stashes in his car, at local parks, and at unsuspecting friends’ houses. He’d devised a multitude of rituals to conceal the smell on his clothes and breath. What’s more, he hadn’t been sleeping, like really sleeping, in years. He’d get high at night and fall into bed at 3 or 4 in the morning before the rest of the  household was up at 6. I truly had no idea he had been living this shadowy half-life. And the guilt was killing him.

Soon, he was booked at a residential treatment center. What he had—and has—is called cannabis use disorder. The cannabis use disorder identification test includes eight questions such as: How often during the past six months did you find that you were not able to stop using cannabis once you had started? And how often during the past six months did you fail to do what was normally expected from you because of using cannabis? His answers to all eight questions? Daily. Substance abuse specialists say that while cannabis isn’t nearly as problematic as many drugs, a certain subset of the population will develop dependency. My husband, unfortunately, is one of them.

In the midst of all this, Prop 64 passed, legalizing adult-use in California. Soon, recreational dispensaries were everywhere—the temptations for my husband suddenly front and center.

Meanwhile, after more than a decade in one field, I was changing careers. Freelance writing had long appealed and as I scoured the web for opportunities I saw many a call for cannabis writers.  I pitched a couple of stories on a whim and to my surprise, they landed. Over time, I learned more and cannabis became my beat; a fascinating subject that touches on culture, policy, science, health, and wellness. All the things a new freelancer could ask for.

My husband and I hobbled along as a couple for at least a year after he was discharged from treatment. Things slowly got better.

Weed is a godsend for so many people living with pain and can provide a healthy way to alter the mind, access creativity, and facilitate the flow of social gatherings.

Reading and writing daily about the benefits of cannabis, along with new legal access, sparked my own interest. But the risks worried me. I pondered it for a time, and then, even after all we’d been through, I decided to give weed another try. When my husband wasn’t home, I ordered delivery. And you know what? It was awesome. I felt chilled out and simultaneously engrossed in my tasks. Insights flowed easily. And best of all, there were no hangovers or ill-effects. I was a convert.

I discovered the truth of what I had been writing about: weed has come a long way since the early 2000s. Now, I can choose cannabinoids and terpenes in precisely the right ratios for the desired experience: Focus. Energy. Building forts with my kids. Watching Netflix. Relaxing. Pain relief. Sleep.

At first, I stuck to discreet vapes. Then I became interested in flower. And then edibles. Tinctures. Sprays, strips, topicals. My husband said he was okay with my new hobby as long as he didn’t see it, and slowly, our new normal emerged. My husband, a recovering weed addict, attended NA meetings. And I, who formerly looked down on weed, made my living with cannabis journalism and used it enthusiastically.

That’s not quite the end of this story. The proximity to so much weed reawakened his hunger for it; maybe I got sloppy with my storage. He said he believed he could smoke again: in moderation, only on weekends, only with me. Truthfully, I had been hoping the same thing. How could cannabis, I wondered,so good for so many people, truly a healing plant,harm him? Maybe, I thought, a low-THC strain could do the trick. If I was cool with him smoking, no hiding or subterfuge would be necessary. All above-board. All good.

So we tried. I admit that it was wonderfully enjoyable at first.

But soon he had broken promises about when, where, how much, and with whom he would smoke. The mood swings returned quickly. He came home from work high. He acted evasive, paranoid, weird, and was the first to acknowledge that it wasn’t working. Abstinence is the only way for him.

These days, I no longer keep flower in the house; the smell is too appealing. I’m careful storing the products I do have, and I keep quiet about getting high and about the content of my writing.

Over the last many years, my views on cannabis have ranged from ambivalent, to condemnatory, to embracing, and everything in between. Today, it’s more nuanced. I love weed for myself, and for many of my friends who can also use moderately and meet all of their responsibilities. I believe that safe, legal access is a good thing. Weed is a godsend for so many people living with pain and can provide a healthy way to alter the mind, access creativity, and facilitate the flow of social gatherings. You’ll find a dozen different products in my (well-hidden) stash at any time.

But that doesn’t mean it’s good for everyone. Just ask my husband. 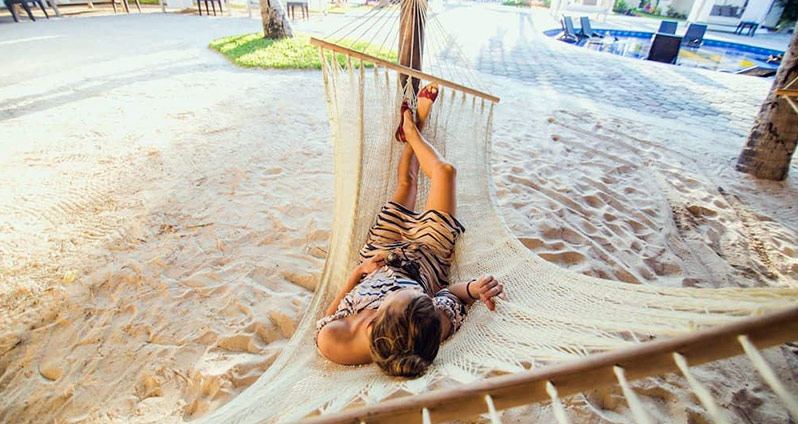 Detoxing for Cannabis? The Benefits of Tolerance Cleansing 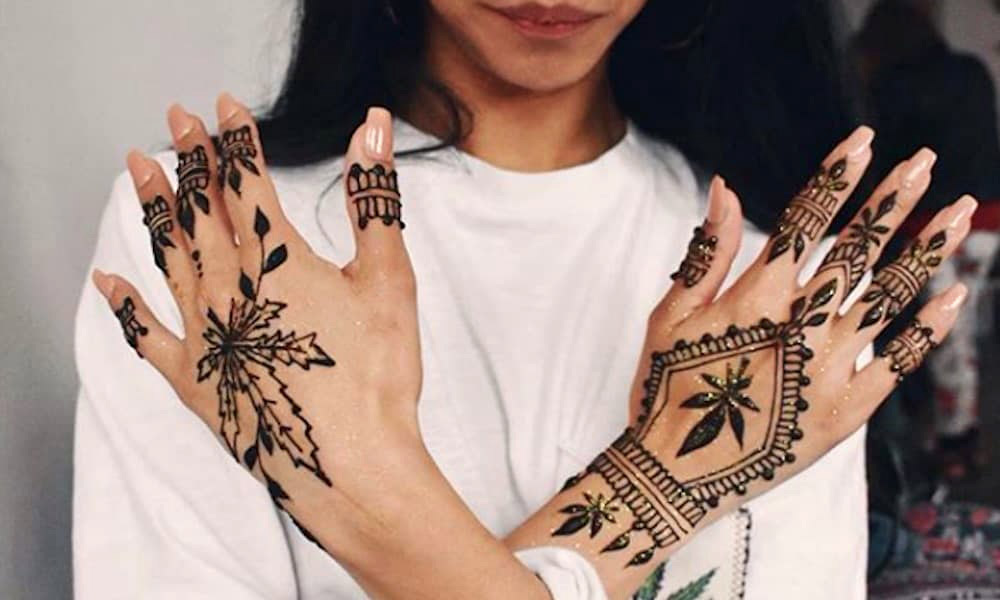 High Folks: Lisette Barajas on Healing Herself Through Henna and Marijuana