What Is Limonene and What Are Its Benefits?

Ed. Note: Terpenes are common, but it’s not really understood how they interact with cannabis’ other ingredients like the many forms of cannabinoids that exist in the plants. Whole flower has lots of different terpenes in various combinations (hence the different smells). This article is about limonene, only one of many terpenes in cannabis.

One of the amazing properties of cannabis is the variety of aromas and flavors that the plant expresses. Scents as varied as pine, cloves, citrus, black pepper, and even urine can waft from a freshly harvested cannabis flower. And with skilled extraction, these tastes and odors can be made even more pronounced and palatable in a dab. But what causes this great variation in aroma and flavor? The answer is terpenes.

As discussed in a previous High Times guide, terpenes are organic hydrocarbons produced by many plants and some insects. Terpenes are responsible for the characteristic scents of some plants including citrus, pine, cloves, mint, and others. They are the main constituent of essential oils, and give different strains of cannabis their unique aroma and flavor profiles.

Many terpenes can have a medicinal or even psychoactive effect. The use of terpenes in health and wellness applications is well-known in the practice of aromatherapy. And evidence suggests that terpenes and cannabinoids such as THC and CBD work together and amplify each other’s medicinal and psychoactive properties in a phenomenon known as the entourage effect.

So, what is limonene exactly? It is a colorless liquid terpene most commonly found in the oil of the peel of oranges, lemons, limes, and other citrus fruits. It is used commercially as a flavoring for foods and medicines, and as a fragrance in personal care and household products. It can also be used as a powerful natural solvent for cleaning products.

Research has shown that this terpene has antioxidant properties and as such may reduce the incidence and aid in the treatment of some cancers. The terpene can boost the immune system and may help reduce stress, anxiety, and depression. It has also been shown that limonene benefits include pain and heartburn relief, and an improvement in skin repair and the healing of wounds. It may help with obesity and metabolic syndrome and reduce inflammation in the gut. The terpene also has antifungal and antibacterial properties.

This is one of the terpenes found most abundantly in cannabis—only myrcene is more prevalent. Cannabis strains high in limonene are known for an energetic, uplifting high that can elevate mood.

Cannabis strains that have a name or aroma reminiscent of citrus are likely to have a terpene profile with a high proportion of limonene. Sativa varieties such as Tangie and Super Lemon Haze and the hybrids Lemon Kush and Lemon Skunk all have a healthy dose of limonene, as can be inferred from their names. Other strains high in limonene but without a citrusy moniker to tip you off include Jack Herer, OG Kush, and Sour Diesel.

What is Limonene In Besides Cannabis?

Besides smoking, vaping, or otherwise ingesting strains of cannabis high in limonene, there are other ways of getting the terpene into one’s system. Natural sources include the zest of citrus fruits, peppermint, rosemary, cardamom, and juniper. Limonene benefits can also be obtained from citrus juices made with whole fruit and containing pulp, which can contain approximately 500 milligrams of the terpene per serving.

Limonene can also be found in commercial products including supplements in the form of capsules, gel caps, and oils. Citrus oils containing limonene can also be used alone, or added to candles or diffusers for aromatherapy uses. Limonene oils can also be used topically, but some users report dermatitis when used directly on the skin. Other possible side effects from high doses include nausea, diarrhea, and vomiting. Limonene is generally considered to be nontoxic.

So, if you’re partial to strains of herb with a definite citrus taste and odor, you’re likely a fan of limonene. And not only are you getting the great flavor it provides, you’re getting the medicinal benefits of the terpene too.

Fighting the ‘Stoner Stigma’ as a Medical Cannabis Patient 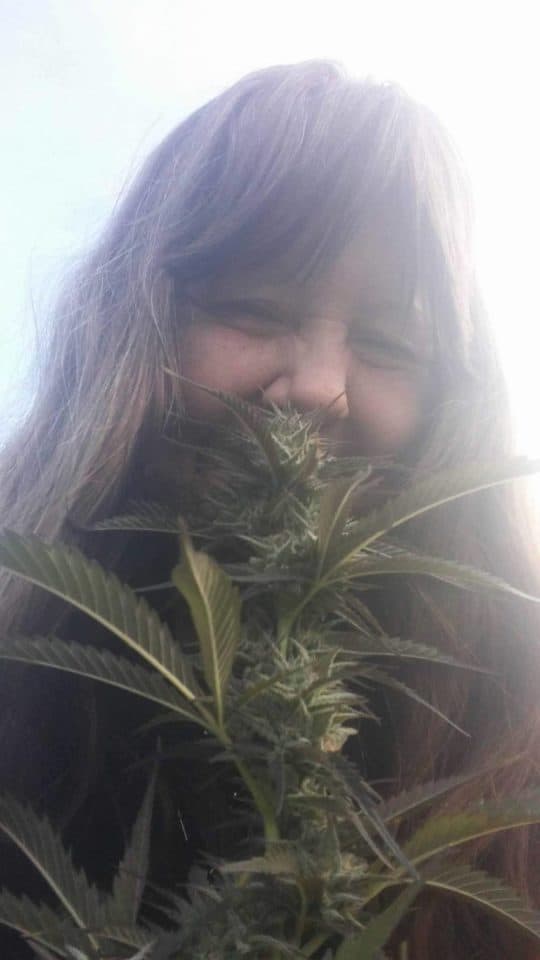