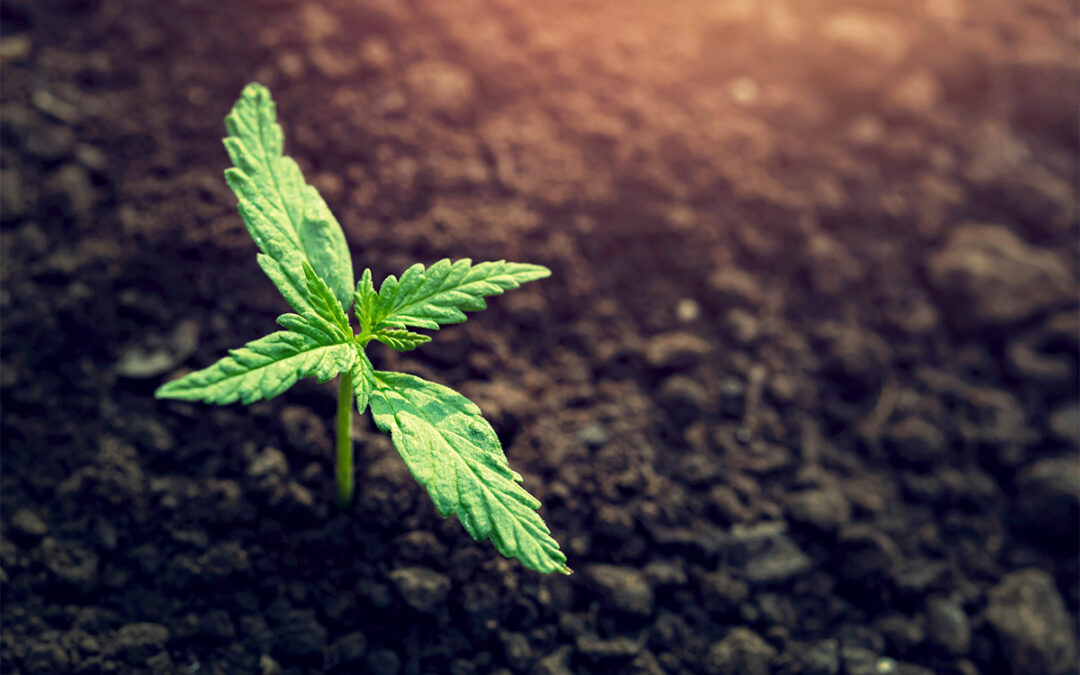 Original Post: Cannabis Aficionado: Plant Growth Regulators: What They Are & Why You Should Avoid Them

[Canniseur: Everyone should read this story. Really. Whether you’re a grower or not, these Plant Growth Regulators can be carcinogenic in our smokable weed and in our extracts and concentrates as well. It’s serious. Serious enough that I believe that some growers in Michigan are using them as well as California and probably all the other states. A hard dense nug is NOT necessarily a good thing. I believe I reported on some nugs a few weeks ago that were ‘over manicured’ and dense. I believe the grower used PGRs. Another reason not to like this grower.]

The dark years of cannabis prohibition here in California created an innovative and highly competitive black market for weed that thrives to this day despite the state’s relatively progressive path toward legalization. Risk has always been high for illicit growers and their tactics to avoid the prying eyes of law enforcement have evolved over time. Decades ago, the use of helicopters and spotter planes to target pot farms forced growers to camouflage their cultivation, or in many cases, move it all the way indoors.

This radical change in the way cannabis was grown, particularly in Cali, led to a massive leap in quality control as indoor growers could now “play god” and manipulate all environmental conditions to their liking. However, it also led to a drastic drop in overall yields.

Remember, we are talking about the Nineties, so most of these were not yet warehouse-style grows. They were closets, garages, basements, and spare rooms for the most part and even though you could flip each room a few times per year, the overall weight harvested paled in comparison to the massive trees that could be grown outdoors.

With a limited footprint to grow in, and a limited canopy above (ie. the ceiling and lights), growers began looking for any way they could to boost the number of grams of finished buds that they could pull from each square foot of cultivation space.

For some, like our friend Josh D, that meant revolutionizing hydroponic grow systems and optimizing that method for cannabis production while at the same time introducing and perfecting the ultimate indoor strain — OG Kush. The optimal genetics of this iconic strain naturally produced shorter, bushier plants with massive, dense, and potent buds, making it ideal for indoor cultivation.

Not all growers were blessed with such genetics or know-how, though, and it didn’t take long for some of them to start to seek out some rather unsavory store-bought shortcuts to try to compensate for lackluster harvests.

Plant Growth Regulators (PGRs) date back well before the Nineties cannabis boom. First introduced to American agriculture in the 1920s, these chemical compounds were used for nearly half a century to either boost or slow down the natural rate of growth of plants through phytohormonal manipulation.

For example, groves of fruit or nut trees could be filled with shorter trees that yielded more produce thereby reducing the time and risk of harvesting and, in turn, increasing profits.

However, when independent lab studies showed that certain synthetic PGRs could potentially be carcinogenic, the FDA stepped in and banned the use of such products on consumable food crops in the 1970s.

Those products did not vanish, though. They continued to be used to keep trees at parks from growing too tall, or to make bouquets of grocery store flowers bloom brighter and grow at such uniform sizes and, as we know, to artificially boost cannabis yields. In fact, the global demand for PGRs has more than doubled in the past six years and now stands as a $6.4 billion sector of the agricultural industry.

Some growers are using this particular shortcut knowingly but many others may be pumping their pot full of PGRs without even knowing it as this controversial compound has been found (often unlabeled) in many popular brands of fertilizers and nutrients. If growers use those products and just so happen to see tighter, denser, and heavier nugs as a result… win/win, right? What’s wrong with increased yields and solid buds, anyway?

It’s no secret that, for the most part, the regulated cannabis market in California is flooded with mid-grade weed that is barely worthy of a blunt wrap for most seasoned smokers. The logistics of the supply chain and the way things have to be packaged in today’s market can mutilate even the best-grown buds by the time they reach the end-user but, sadly, most of the supply these days was pretty shoddy to begin with. We call it California’s “Mids Life Crisis”.

As many state-sanctioned cultivators struggle to stay afloat in the new legal market, too many are feeling the pressure of whatever deal they signed with the devil to fund their startup and are willing to do whatever it takes to make their numbers make sense. PGRs are the perfect tool for such an unscrupulous job.

Simply put, the way that PGRs boost cannabis yields is by pumping those nugs full of water at the cellular level which leads to the expansion. You are not boosting the vigor or potency of the plant, that added weight is literally moisture and cellulose. So while California cannabis testing labs are not required to flag samples for PGR levels, they will show lower overall THC levels – bigger buds do not always equal stronger buds.

So how can you tell if that herb you are inspecting at the dispensary has been treated with Plant Growth Regulators? Here are a few telltale signs to look for:

Still unsure? Ask the budtender direct questions about it. Who grew it? Where was it grown? Research that feedback or pass on those products if that information is unknown. At the end of the day, it is our job as consumers to do the due diligence to ensure that what we put into our bodies is legit. Relying on any company or corporation to do that for you is naïve, particularly when it comes to the Wild West of legal weed.

Roughly a decade after the FDA banned the use of synthetic Plant Growth Regulators on crops meant for human consumption, the Environmental Protection Agency followed suit in the 1980s by placing even heavier restrictions on the use of certain PGRs and labeling them as environmental pollutants. The EPA warned that exposure to these synth PGRs could elevate a person’s risk of cancer 240 times higher than the acceptable standard.

That being said, many of those studies involved subjecting rats to astronomical levels of various PGRs in order to trigger negative reactions and there is no hard evidence that smoking weed treated with PGRs is much different than eating In n’ Out instead of a home-cooked burger. But, to us, it does matter and we will avoid synthetic PGR weed at all costs. We don’t want to smoke it, we don’t want to vape it, and we certainly have no interest in extracting it to create full-spectrum cannabis oil. Nothing about Plant Growth Regulators benefits the consumer, period.

Now, that’s not to say that all PGRs are bad news. In fact, there are many natural sources for Plant Growth Regulators that can be useful and healthy supplements for your fertilizer or nutrient base. But as a grower, you should feel obligated to thoroughly understand how they are sourced from nature and exactly how they work with the balanced chemistry of your plants before putting them to use. Failure to do so can take you from “Top Shelf” to “Midzotics” real quick!

Remember, fellow cultivators: If your SOP calls for more PGRs, then your QC is probably BS.

Look for PGRs to make a major splash in the newly established American hemp marketplace as the importance of higher yields compounds dramatically at the large scale that those farms will be operating at. Combine that with the relative lack of lab testing requirements and Plant Growth Regulators figure to play a large role in helping the U.S. compete in the global market. American hemp is mandated by federal law to produce a ridiculously low 0.3% THC content, so the fact that PGRs murder trichomes only helps growers and manufacturers.

As for what role Plant Growth Regulators will play in the future of cannabis, that will likely come down to regulation since we see that there are too many growers who are willing to cut that corner when it is left up to them. At the very least, plant fertilizer and nutrient companies should be mandated by law to accurately list all ingredients and contents of their products. That way the growers who are trying to do the right thing can make informed decisions about how they treat their gardens, farms, and warehouse grows.

Finally, as consumers, we can speak with our hard-earned dollars. Quit buying PGR tainted buds! Tell your favorite dispensary that you aren’t interested in buying those products. If enough of us do exactly that, the free market will… ahem… weed out the PGR growers and those who push their products.

Beard Bros. Pharms has earned their reputation as a trusted source for cannabis news, content creation, and culture preservation. With decades of experience in cultivation and marketing, their fearless voice for the plant includes advocacy for veterans, inmates, people of color, and anyone else who has been oppressed by generations of cannabis prohibition. See what they’re up to now at BeardBrosPharms.com

The post Plant Growth Regulators: What They Are & Why You Should Avoid Them appeared first on Cannabis Aficionado.

Original Post: Cannabis Aficionado: Plant Growth Regulators: What They Are & Why You Should Avoid Them