Starting cannabis from seed? Here’s help from a master gardener 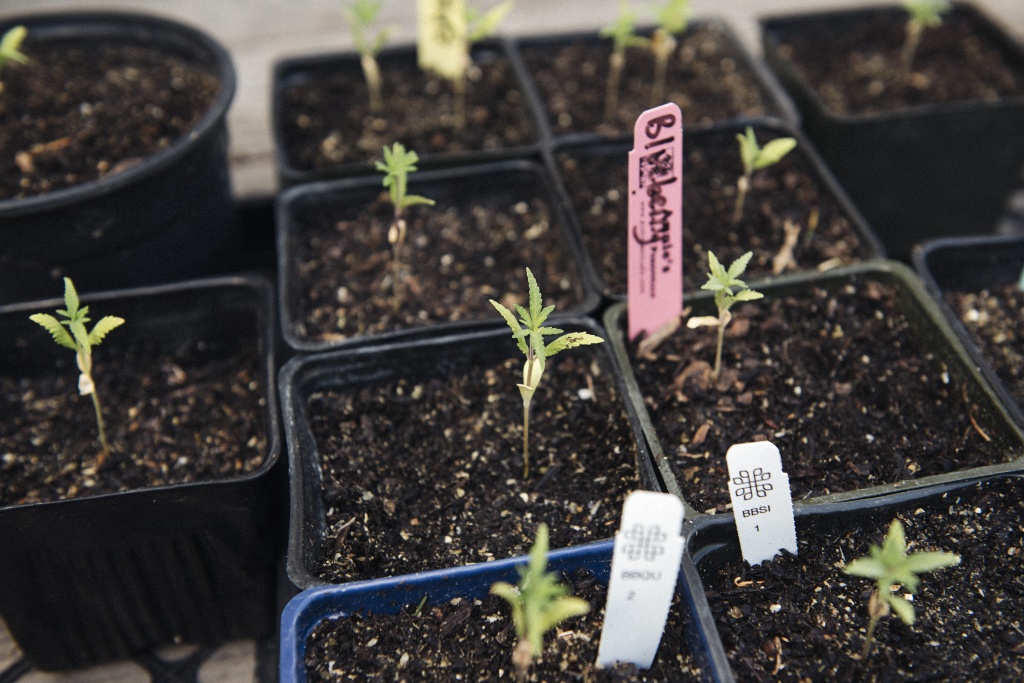 [Canniseur: There’s a lot to understand about planting the seeds from your favorite plant. Here’s planting advice from a master gardener and she really knows what she’s writing about.]

Read along as noted garden writer Johanna Silver tries her hand at cannabis gardening for the first time. Week 2: all about seeds and sex …

There are two ways to begin growing a cannabis plant. The first is from seed and the second is from a clone. As my Green Thumb gardening project unfolds — growing marijuana for the first time, in my East Bay backyard — I’ll start in here with the lessons I’ve been learning about seeds. (Clones, in non-cannabis lingo called a vegetative cutting, don’t go into the garden until May or June. Stay tuned for that lesson.)

There are a few things that make starting cannabis seed the same as anything else. Namely, you put the seeds in soil and water them. (More on the actual watering in next week’s Green Thumb). But that’s where the similarities end. Here’s what makes cannabis unlike anything I’ve ever grown:

“Other crops used to have this much diversity, but they’ve all gone through modern breeding programs,” Mowgli Holmes told me. His company, Phylos (phylosbioscience.com) maps the cannabis genome. For other plant types, “typically, people select the most desirable traits, only grow those varieties, and diversity all but disappears,” he says. But with cannabis, it’s the opposite. Those umpteen varieties have bubbled out of “weird, basement, crowd-sourced breeding. We’ve been stirring the pot, looking for novelty.”

Which is to say: Wheedling down through diversity is hard. “Best of lists are basically a joke,” admits Dan Grace, founder of Dark Heart Nursery (darkheartnursery.com). Thus far, cannabis breeding has really focused on maximizing the levels of the hallucinogenic component, THC — basically, breeding to maximize how high you can get. Until cannabis is bred for aesthetic beauty — something I’d care about more than the high — I’m choosing based on bud fragrance. I am excited for my garden to smell of mango and blueberry muffins. I just can’t stomach the idea of growing varieties named ChemDog or Chernobyl.

Side note: That cannabis is finally going through modern day breeding is bittersweet: Holmes believes we’re on the cusp of amazing advancements in cannabis quality (including varieties bred to be resistant to powdery mildew and others bred for lower, more palatable THC-levels), but “if we’re not careful, diversity will be lost,” he warns. Nonprofits like the Open Cannabis Project (opencannabisproject.org) seek to prevent that from happening.

That lack of a modern breeding program also means a lack of reliability. It’s not that people are selling oregano seeds and calling it cannabis; it’s that seeds labelled OG Kush might likely express diverse traits. When it comes to cannabis gardening, don’t expect uniformity the way you would from a seed packet of corn or tomatoes.

Stability takes generations of inbreeding, and explaining it takes an understanding of genetics that I don’t have. Using tech terms, Holmes says that the diversity of a seed pack is a feature not a bug: The plants might express something yet unseen—which could totally be your calling card to getting rich. But that’s also why commercial farmers usually grow from clones, which are genetic replicas of the parent.

One of the first decisions I made for my backyard grow was to choose between regular and feminized seeds. There is no other summer annual I grow for which sex matters. With cannabis, the harvest depends on unpollinated female flowers. Wind serves pollination, and a single male plant in the neighborhood can screw up your entire crop.

The road to feminizing seeds involves stressing a female plant into becoming hermaphroditic by treating it with a hormone or colloidal silver. Then, with female pollen and female flowers, all offspring from that plant are also female.

“It’s a really touchy subject,” says Nat Pennington, founder of Humboldt Seed Company (humboldtseedcompany.com). “Even though we would say in the small print that one or two seeds out of 100 could be male, people ignore looking for signs. There will be just the occasional male.”

Something about feminized seeds—the language, the chemicals—is all a turnoff to me. I’m going to old fashioned route: sprouting double the amount I want to end up with, learning to tell the differences between sexes and culling the males. It’s called plant sexing. And that’s language I like.

What seeds cost (and why the price is so high)

20 cannabis seeds cost $110. A pack of 35 tomato seeds might cost $4 if you opt for the organic ones. Cannabis seeds are expensive for one reason: prohibition.

The only legal way to get seeds is from a dispensary. You’ll be limited to the selections they carry, which, with the overwhelming diversity that’s out there, is almost a blessing. If you’re a lazy gardener like me, and not after a certain harvest or high, choose based on pretty pictures or promises of pleasing fragrances.

Feminized or regular: There’s no right answer. Either way, you’re best off learning how to identify males once the plants start to flower. We’ll tackle that when it’s time, in a future column. 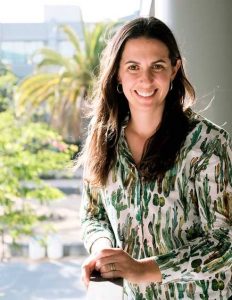 Like most of us, Sunset Magazine former Garden Editor Johanna Silver is new to cannabis horticulture.

Johanna Silver is a writer and former garden editor of Sunset magazine. She lives in Berkeley with her husband and young son. 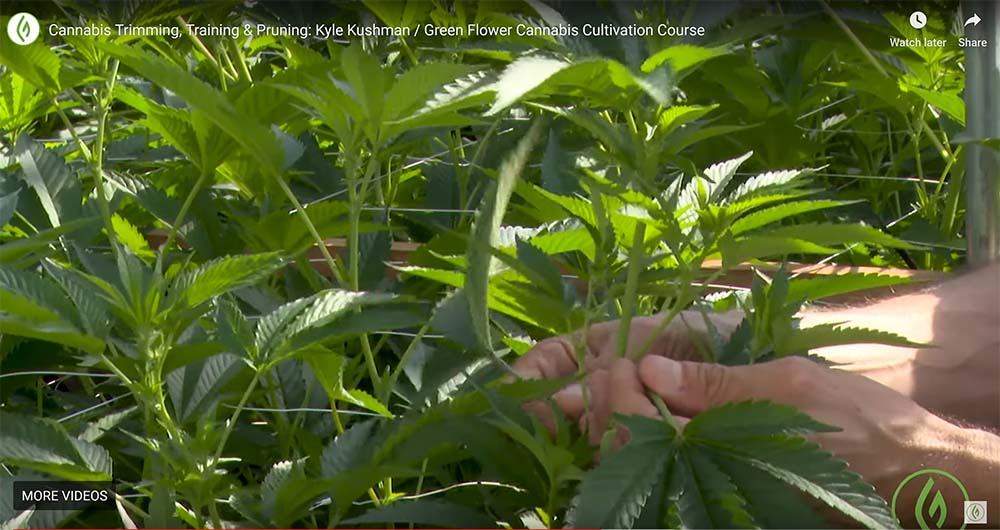 How To Prune Your Cannabis Plants 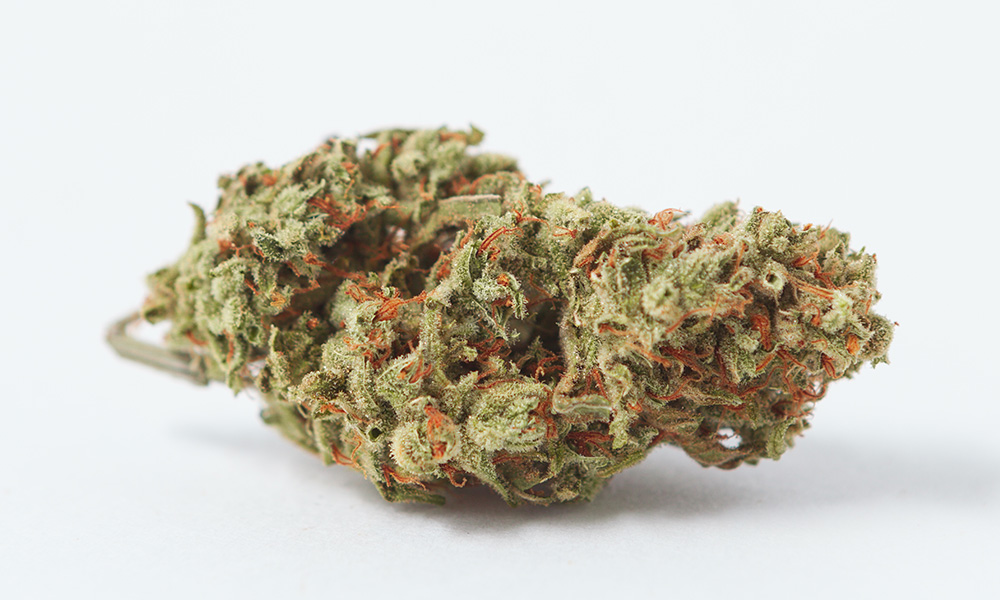 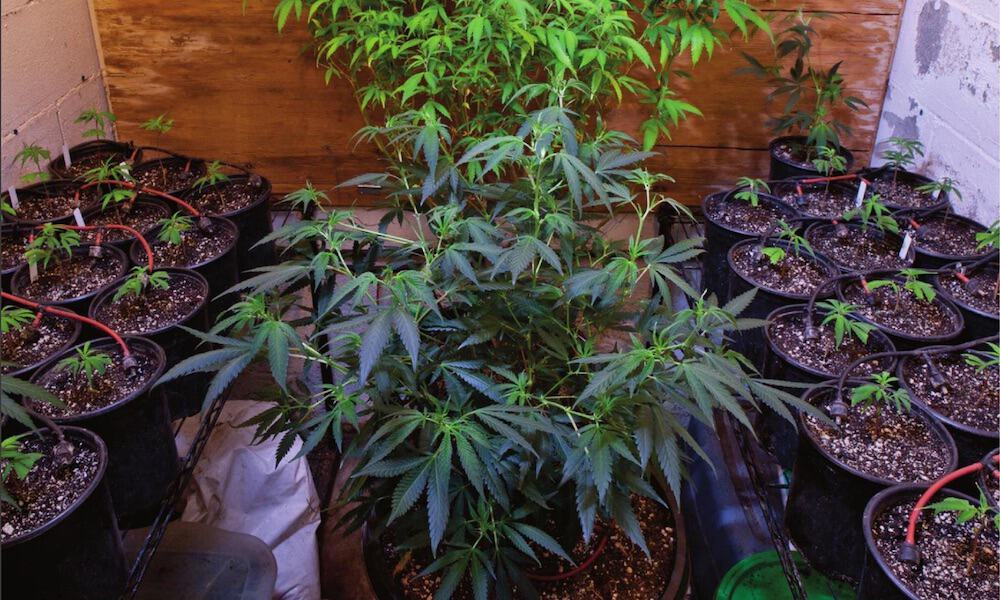