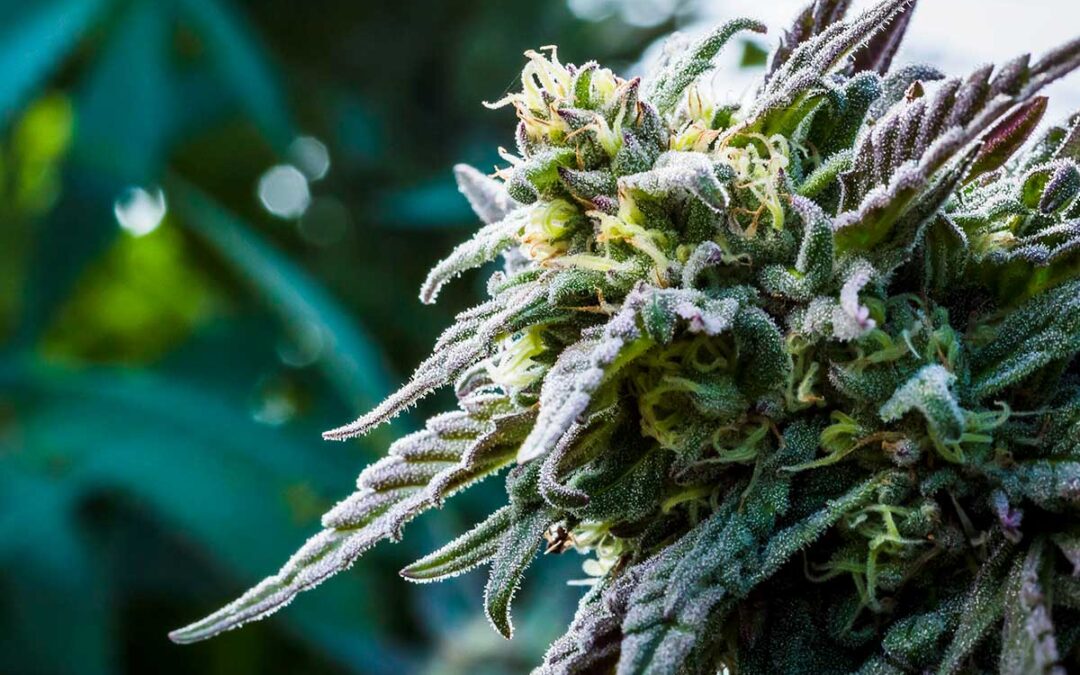 [Canniseur: I’m convinced that the outdoor growing in California, Oregon, Washington and other states including Colorado and Michigan, is the best way to grow cannabis. Somehow indoor grow operations are a little off. Not that the product is bad, but outdoors is where cannabis has thrived for millennia and is probably the best place for cannabis grow farms. California is interesting to watch because it was the biggest outdoor growing state in the U.S.]

It’s been over two years since Proposition 64 was passed in California. Profit projections, law enforcement, the black market, and climate change have kept the cannabis business in the Golden State everything but predictable. People continue to be imprisoned for crimes connected to cannabis while legal businesses are turning a profit. Legal weed has even backfired on the people who made it legal, as big corporate investors coming in change their business landscape.

Yet it remains a general consensus that legalization is all for the better. No one wants to go to jail anymore for growing or selling weed, there’s absolutely no denying the many medical benefits of the plant and hemp is poised to present itself as the green alternative to the overconsumption of fossil fuel products. Cannabis is a disruptor to big pharma, big alcohol and big tobacco, which in turn has the “bigs” attempting to either sabotage and/or establish themselves in the marketplace.

Long story short, it’s rocky out there for many running legitimate legal cannabis businesses but they want to be doing it.

Northern California took a big hit — and it wasn’t just profit loss. While policymakers tried to model California’s legal market after Colorado, they fell short because the cultivators in California don’t operate the same way. The green rush flooded prime growing communities with people who were so green to cannabis, it doesn’t seem right to even call them that. But many heritage cannabis farmers in these communities wanted to break the cycle of fear instilled over the years and moved forward with legalization regardless, for all the right reasons.

Chiah Rodriques and her husband James Beatty run River Txai Farms and Arcanna Flowers, the brand and sustainable cannabis farm and nursery in Mendocino County. Rodriques and Beatty grew up on a large back-to-land intentional community and are second-generation Mendo cannabis farmers. 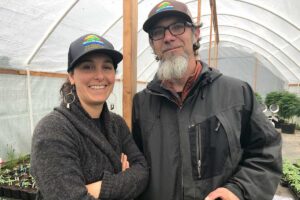 Committed to legal growing since the 9.31 ordinance enacted in 2008, they founded Mendocino Generations, a collective of sustainable cannabis farms in Mendocino County who strive to work together as a brand, farm landrace genetics, and promote “better living through cannabis.”

But keeping Mendo’s exceptional cannabis tradition alive throughout legalization has presented challenges. Visiting the area during this season’s harvest, I took the temperature with Rodriques.

“Basically over-regulation is like the ankle-biter,” shared Rodriques. “It’s the Achilles heel of the small farmer because in order to compete in this market you have to cultivate enough cannabis to compete with farms in other counties with larger cultivation allowances. Ultimately, they’re our competition but on a shelf with jars of cannabis, they’re not, because you wouldn’t want to put that cannabis in a pretty jar on a shelf — most of that product is going to oil and biomass. You have different levels of competition. You have competition for pricing because their cannabis is still going into the market, which makes prices fluctuate. Then you have the shelf space for all the brands, and lots of these brands thought that they could do a small brand and survive with that, but I don’t think that that’s really going to play out as we thought. Running a small brand takes a lot of overhead. 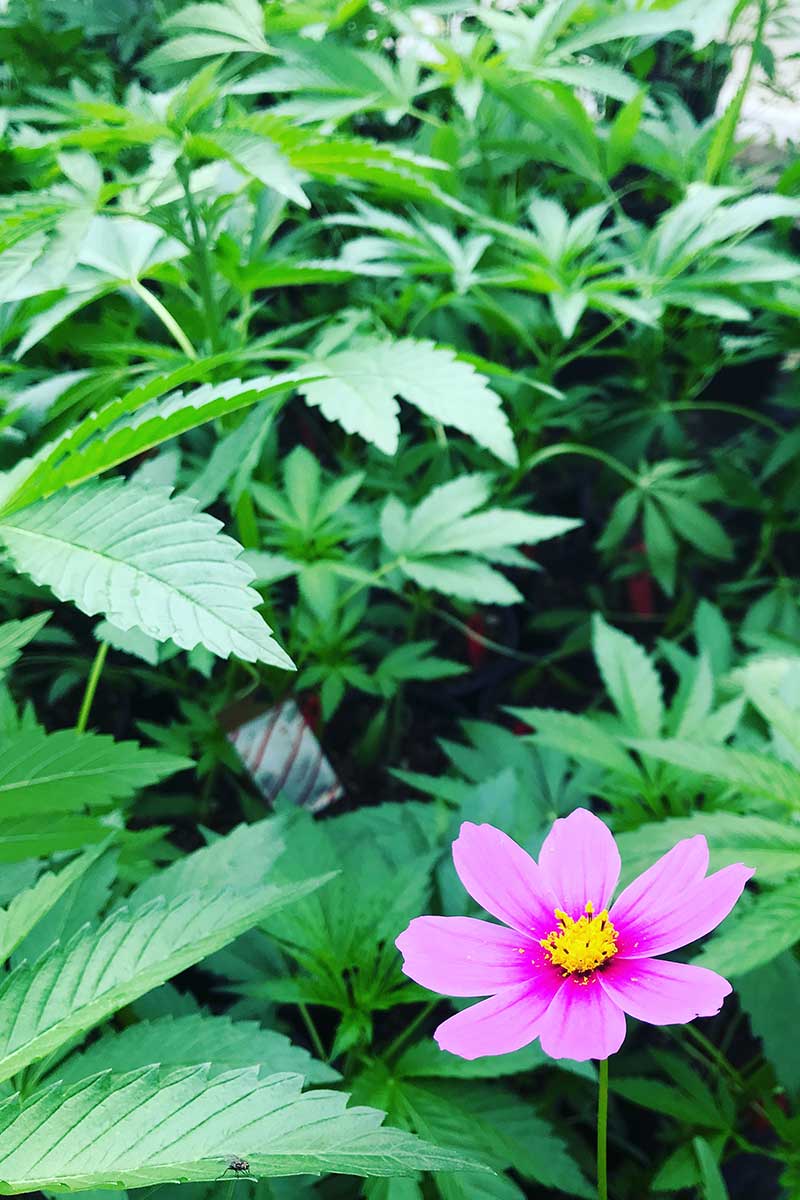 “Basically it’s hard to know if your brand from one small farm can have enough cannabis if your brand goes big,” she continued. “You may need to start reaching out and getting cannabis for your brand from other cultivators. In Mendocino County, we have a disadvantage because we can only cultivate 10,000 sq. ft., but there is a push for there to be a ballot to change it to one acre. That has mixed reviews from the farmers too, basically half the farmers hate that idea and half the farmers are into it. I think that’s mostly because they don’t have the space or the water or the infrastructure to handle that much.”

Rodriques believes that a contributor to the disconnect in policy is that no one consulted with Mendo’s heritage cannabis farmers when creating regulations.

“Farmers were not invited to the table until much of the ordinance was in place and there was a big rush to push things through as is and make changes later — so the county was ready for Prop 64 to go into effect. It was a race to the finish line. They didn’t think we had valid concerns, or maybe felt like the hippies needed to get organized. Admittedly so, we were all over the place with requests and needs that I’m sure it was overwhelming to lawmakers,” Rodriques said.

A more community-oriented step towards action is the Mendocino Appellations Project, a group designed to set up a process for defining cannabis appellations, which are geographic areas in which small farmers can classify their crop with that name. A valiant effort, it plays into marketing and promotion, though the true cannabis aficionado will appreciate the information the same way a wine connoisseur likes to know where exactly a pinot noir grape is grown.

Small farming is no easy task in itself and going legal has created hardships for many.

“I think last year sucked so bad most people were struggling pretty hard, and in terms of pricing, it was bad last year,” said Rodriques. “Crops this year were a mixed bag. We definitely had a lot of people who had frost, and we had mold. There’s a lot of powdery mildew this year because the rain didn’t come. It’s like this weird humid that makes no sense because it’s really been dry. There’s been a lot of theft. There have been a lot of fires, so there’s smoke damage material.

“[As for] the market, who knows what it’s actually going to look like in the next couple months. Right now, its sort of a mixture, a lot of people are saying they’re going to back out. A lot of people are scared, but then there’s a lot of people that are moving forward with all these other ideas and plans. They’re doing okay, so it’s hard to tell what’s going to happen with the ultimate heritage cultivators, like my parents’ generation. Most of them aren’t doing it anymore because they were on the brink of retirement anyway so who wants to go through all this bullshit, right?” 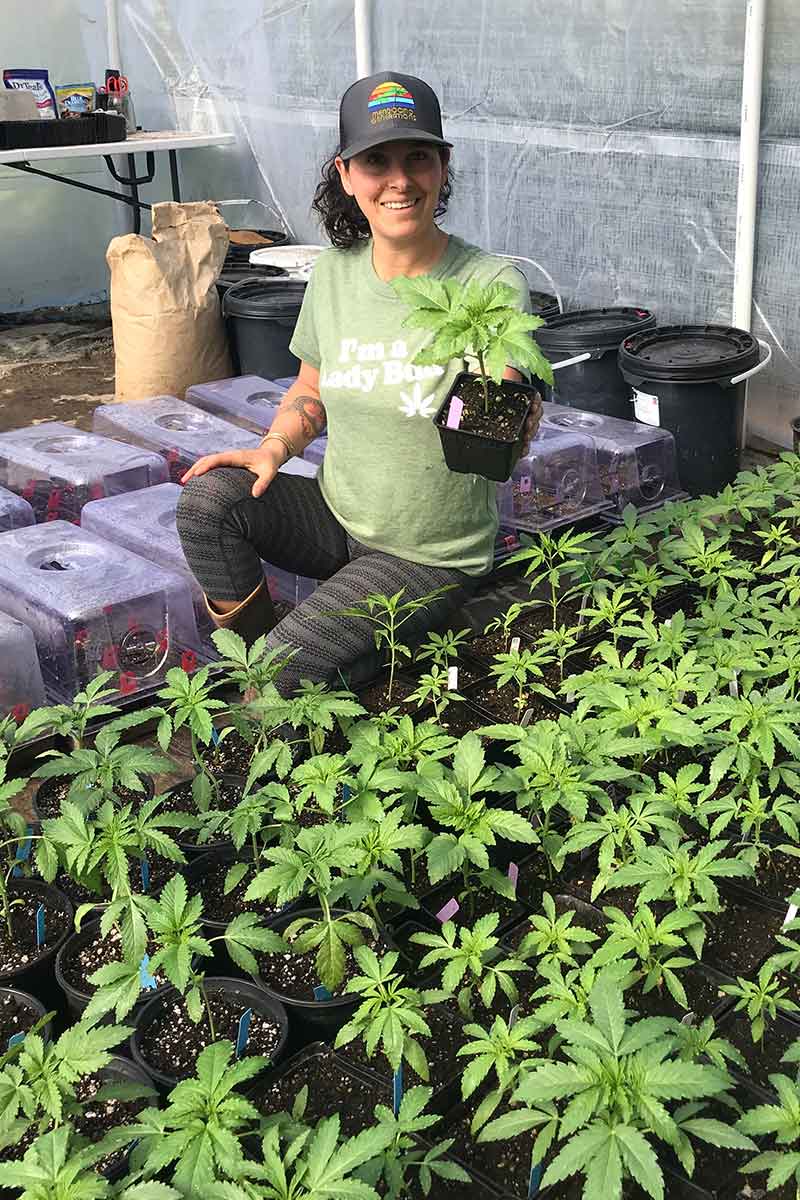 Recently, the county has realized they’re not getting as much tax money as they hoped and the Board of Supervisors are planning to give the small farmers what’s called a Cannabis Cultivation Amnesty Transition Pathway. The plan would give more years for legacy growers to transition into county compliance, which may help attract more applications. The vote was unanimous to create the Amnesty, which Rodriques sees as the county throwing them a bone. Considering 1588 total people applied to participate in legal cannabis in the county, and only 232 were approved and issued permits, and it appears not many more would apply since the regulations are so problematic. Building and planning issues like commercial zoning and ADA rules for bathrooms and parking lots are costing farms money they don’t have. Especially when the reality is it’s usually not probable to have anyone in a wheelchair working on a farm. Workarounds are likely because people are trying to be compliant, but the same rules are putting people in uncomfortable positions.

“Comparatively to Humboldt, I would say that Mendo is struggling a little bit harder and that’s more because the bureaucracy hasn’t allowed people to get into the system,” Rodriques concluded.