City councilors in Albuquerque, New Mexico have proposed a new ordinance that would decriminalize low-level cannabis possession, adding it to the growing list of southern cities gradually embracing cannabis reform. The proposed ordinance, filed this week by City Council members Pat Davis and Isaac Benton, would make possession of an ounce or less of pot and/or drug paraphernalia a civil infraction punishable by a fine of $25, with no associated jail time.

Under the city’s current laws, a first-time pot offender can be fined up to $50 and jailed for up to 15 days, at the arresting officer’s discretion. Some local politicians have said that city police rarely arrest low-level cannabis offenders, which makes the proposed decriminalization ordinance unnecessary. “I don’t see that people are being arrested or re-arrested or that the justice system is being packed with all of these low-level possession crimes,” state Rep. Monica Youngblood told the Associated Press. “I don’t see that it’s an issue or something we should be concerned about.”

In the past week, only one person was arrested for pot possession within the city limits. City police did report 177 cannabis possession offenses in a recent 12-month period, however, according to Councilor Davis, a former law enforcement officer. Although it is unclear how many of these individuals were arrested and how many only received citations, Davis noted that each of these incidents would have taken several hours of police time to process the paperwork. As such, the city’s police union have expressed their support for the proposed decriminalization ordinance.

“It is time that cities resist Jeff Sessions’ war on marijuana and stand up to the Trump administration,” Emily Kaltenbach, New Mexico state director of the Drug Policy Alliance, said in a statement. “Cities know best the contours of their own problems — and are therefore best positioned to craft meaningful solutions to those problems. Do we want to be the kind of society that arrests and jails adults — who are disproportionately people of color and low-income — for possessing a substance that’s unequivocally been shown to be far less dangerous than alcohol or tobacco?”

Councilor Benton co-sponsored a similar decriminalization measure back in 2015, but the bill was vetoed by former Republican Mayor Richard Barry. Benton and Davis are hopeful that the current mayor, Democrat Tim Keller, will support the measure. If it does pass, Albuquerque will join Santa Fe, Jackson, Atlanta, Dallas, New Orleans, and other southern cities that have recently approved decriminalization measures. Currently, around one-third of U.S. residents now live in areas where cannabis is decriminalized or legal. 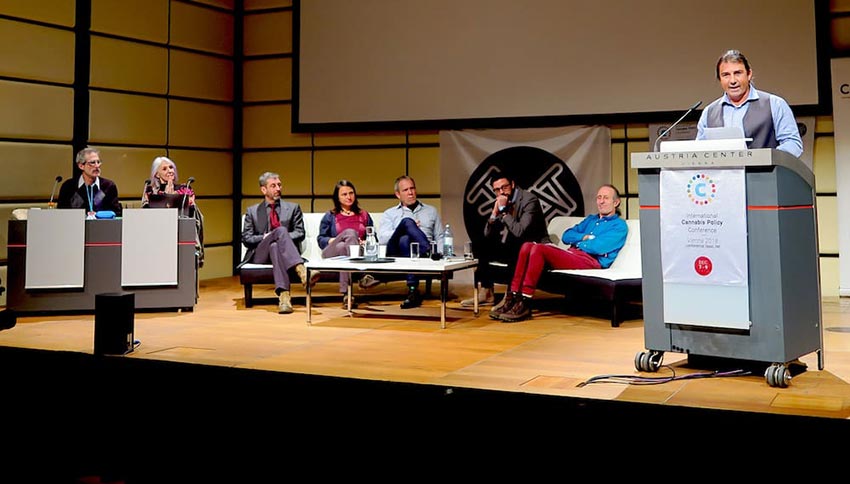