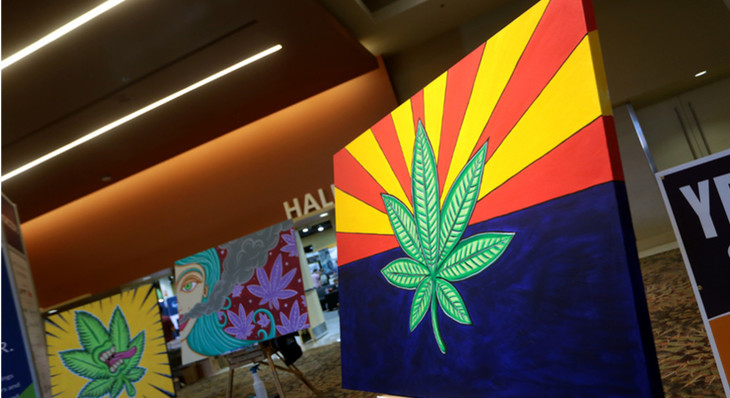 Medical marijuana patients planning a trip to the Grand Canyon State are in luck. Thanks to a new ruling from Arizona’s Court of Appeals, the southwest state will continue to recognize out-of-state cannabis recommendations, providing the same legal protections for visiting patients as those offered to locally approved cannabis users.

According to the Arizona Republic, the state’s three-judge Appeals panel upheld the medical cannabis reciprocity rule this week in response to a 2016 court case in which Stanley Kemmish Jr., a California resident, was pulled over in Arizona and arrested for cannabis possession, despite presenting police and prosecutors a valid medical marijuana recommendation from his doctor in the Golden State.

Kemmish Jr. had won his original case challenging the roadside arrest, but because Arizona’s medical marijuana ID cards are issued by the state’s Department of Health — while California’s program only requires the recommendation of any licensed doctor — prosecutors appealed the initial ruling, arguing the form of approval did not meet Arizona’s reciprocity standards.

Fortunately for Mr. Kemmish, the Court of Appeals did not see a difference between the two forms of ID, and set a new precedent recognizing any state’s chosen medical marijuana access method as a valid legal defense in Arizona.

“Whether another state’s medical marijuana law requires an identification card, a physician’s letter, or some other documentation is immaterial, so long as the documentation is sufficient under the law of the issuing state,” the court opinion states.

However out-of-towners will need to bring their own bud with them, as only registered residents can legally access Arizona’s network of licensed dispensaries.

Across the country, a number of states with active medical cannabis programs have extended similar olive branches to out-of-state patients, either as a way to show compassion or, in rare cases, to boost medical marijuana revenues.

In Michigan and New Hampshire, tourist tokers are allowed to possess weed and use it in private homes, but like visitors to Arizona, they’re not allowed to stop by any active pot shops. However in Rhode Island, a recently introduced piece of legislation would expand the state’s medical cannabis program to neighboring states, allowing approved patients in Massachusetts and Maine to not only medicate out of state, but to purchase products at Ocean State dispensaries.

Arizona passed a widely accessible medical marijuana law in 2010, but has struggled to legalize adult-use cannabis, with a 2016 ballot measure falling just short of popular approval. Not ready to give up the good fight, cannabis advocates in the Grand Canyon State are already preparing for another legalization campaign in this year’s midterm elections.