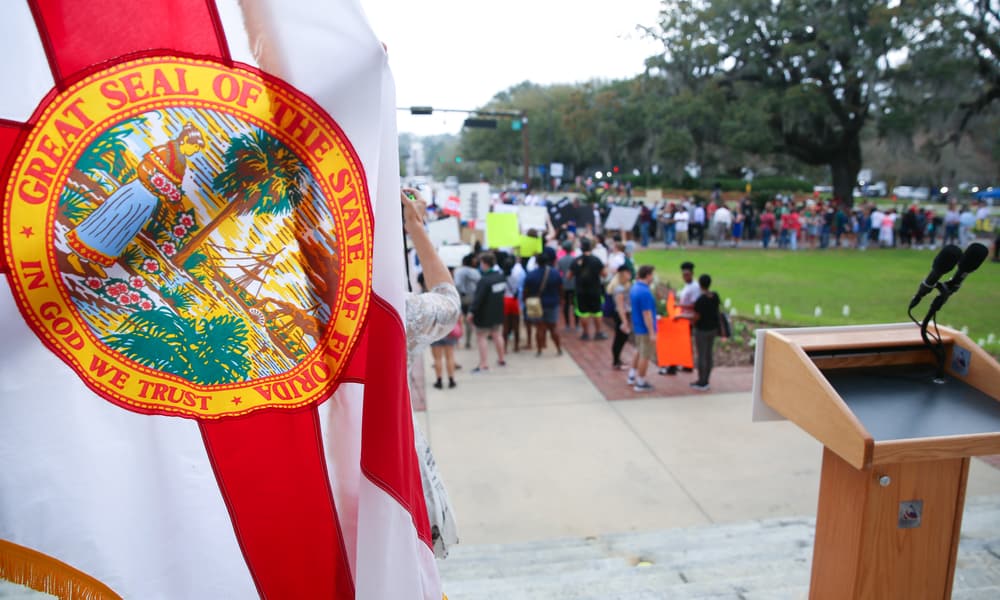 [Canniseur: Introducing a simple bill to move cannabis from Schedule 1 to Schedule 3 makes so much sense. This bill, containing only this rescheduling, comes at a time when our country could use a little relief from all the hate. Call your Senator or Congress representatives and let them know you support the Marijuana 1-to-3 Act of 2019.]

The lawmaker is aiming to reschedule cannabis from a Schedule I to a Schedule III controlled substance.

On Thursday, Congressman Greg Steube, who represents Florida’s 17th district, introduced a bill that would downgrade the controlled substance scheduling for marijuana. Steube’s bill, the Marijuana 1-to-3 Act of 2019, would reclassify cannabis as a Schedule III controlled substance. Currently, the federal government considers cannabis a Schedule I drug with “no currently accepted medical use and a high potential for abuse.” Downgrading cannabis to Schedule III, a classification which includes drugs like ketamine and anabolic steroids, would primarily make it easier for scientists to research cannabis and its health effects.

On September 12, Congressman Greg Steube tweeted a press release announcing a bill to downgrade marijuana from a Schedule I to a Schedule III controlled substance. “The Marijuana 1-to-3 Act will allow additional research to be done on the benefits of marijuana by removing bureaucratic red tape,” Steube wrote in the tweet.

According to Steube’s press release, the bill directs the Attorney General of the United States to make a simple change to the Controlled Substances Act: dropping “marihuana” down to Schedule III. In the release, Steube acknowledges there are clearly medical benefits to cannabis. “We hear every day about the positive health benefits of marijuana,” Steube said. “Whether it’s young children with seizure disorders, or veterans suffering from chronic pain.”

Federal research into the health effects of cannabis has been extremely restricted due to its Schedule I status. A Schedule III designation would remove many of those barriers, including one of the most substantial: funding. As a Schedule III substance, federal funds would be available to support research projects on cannabis and its medical and therapeutic applications.

Congressman Steube’s Marijuana 1-to-3 Act is simple. Unlike another rescheduling bill also filed Thursday by a bipartisan pair of Florida Representatives, which would require federal agencies to develop research programs and designate “Centers of Excellence in Cannabis Research,” Steube’s bill just directs the U.S. Attorney General to reschedule marijuana.

Still, Steube believes the reclassification is enough to drastically expand opportunities for research and study into the medical and recreational uses of cannabis. “With this rescheduling, researchers can now access federal funds to research this substance and determine its medical value,” Steube said.

But the rescheduling of cannabis won’t just impact research scientists’ eagerness to study it. It could also have a major impact on the legal cannabis industry. Many of the financial problems facing the industry, like its difficulty accessing bank services and inability to obtain tax deductions and other subsidies, stem from companies’ trafficking in what the federal government considers a Schedule I drug. If marijuana were to be rescheduled down to level III, cannabis businesses would become eligible for a number of federal tax deductions.

The Marijuana 1-to-3 Act isn’t the first piece of federal cannabis legislation Congressman Steube has introduced. Back in April, Rep. Steube, a former Army JAG Officer, put forward a bill to protect U.S. veterans who use medically prescribed cannabis from losing their VA benefits.

In 2017, the VA adopted a directive that protects veterans from losing their benefits over lawful medical cannabis use and authorizes VA officials to discuss cannabis treatments with patients. Steube’s bill aims to make that directive law, making sure no future administrative changes put veterans at risk of losing their benefits. “As a veteran, I’m committed to ensuring that veterans receive the care they deserve, and I know that sometimes that care can include medical marijuana,” Steube said.