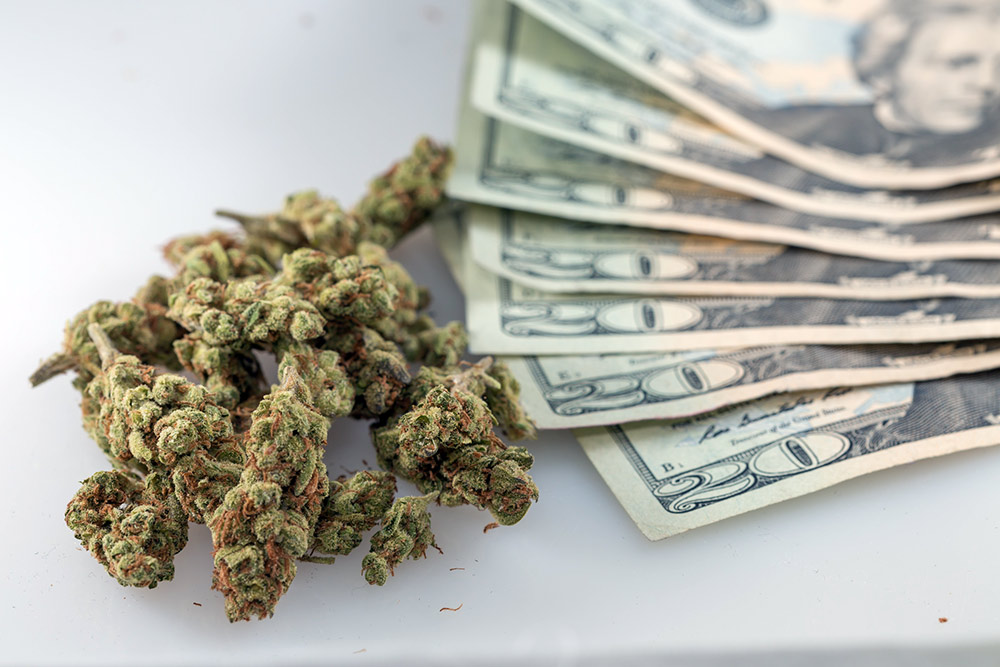 Small marijuana businesses would be eligible for a wide range of federal economic services under three congressional bills that were filed on Thursday.

Following a House Small Business Committee hearing on opportunities and challenges for small cannabis companies earlier this month, the chair and two other members of the panel filed legislation aimed at resolving some of the issues that were raised.

One bill, from Chairwoman Nydia Velázquez (D-NY), would allow marijuana businesses to access resources from the federal Small Business Administration (SBA). Those resources include microloans, disaster assistance and the loan guaranty program. The congresswoman said her proposal, which is titled the Ensuring Safe Capital Access for All Small Businesses Act, is meant to support social equity in the cannabis industry.

“As our society continues to move the needle on this issue, we must recognize that legal cannabis businesses are often small businesses that fuel local economies and create new jobs,” Velázquez said in a press release.

“That is why I am pleased to introduce legislation to extend affordable lending options to small businesses that operate in the cannabis space, while simultaneously recognizing the structural disadvantages facing entrepreneurs from communities of color,” she said.

Rep. Jared Golden (D-ME) introduced legislation, called the Ensuring Access to Counseling and Training for All Small Businesses Act, that would prohibit SBA partners that provide guidance and training services from denying help to businesses solely because a firm involves cannabis. Small Business Development Centers, Women’s Business Centers and the Veterans Business Outreach Center were named as examples of such training providers that would be impacted.

“Starting a small business is never easy, so we need to ensure entrepreneurs have access to the resources necessary to succeed, no matter the industry,” Golden said.

Finally, Rep. Dwight Evans (D-PA) introduced the Homegrown Act, which would establish an SBA grant program to provide funding to local and state governments to help them navigate marijuana licensing. The bill specifies that the grant money should be used to lift up communities disproportionately impacted by prohibition.

“My bill would act as a poverty-buster and help homegrown small businesses, which are the backbone of our economy,” Evans said. “We need to make sure that the booming legal cannabis industry does not become consolidated in the hands of a few big companies.”

“My bill would help small businesses to participate in this industry and knock down barriers to jobs and entrepreneurship for people most adversely impacted by the war on cannabis, which has been especially harsh for people of color,” he added.

Both Velázquez’s and Evans’s bills also contain provisions to remove marijuana from the Controlled Substances Act, which is likely meant to resolve uncertainty within the SBA as it concerns servicing the cannabis sector but would also have broader effects.

“State cannabis programs are successfully replacing criminal enterprises with tightly-regulated, responsible businesses, but it’s increasingly difficult for smaller firms to compete in the legal industry without access to the essential Small Business Administration programs that other industries take for granted,” Aaron Smith, executive director of the National Cannabis Industry Association (NCIA), said in a press release.

“By improving access to capital, this legislation will also help level the playing field for entrepreneurs from communities of color and others disproportionately impacted by the failed policies of prohibition seeking to enter the legal cannabis industry,” he said.

All told, six pieces of marijuana legislation were introduced in the same 24-hour period on Thursday. Besides these three small business bills, there was one that would allow interstate commerce of cannabis products, another to offer protections for immigrants who consume or possess marijuana and a last one to encourage scientific research into the plant’s health benefits.

SBA Cannabis Bills by on Scribd