LOS ANGELES — After five months of legal commercial cannabis sales in LA, local law enforcement and elected officials announced at a press conference Wednesday that they are cracking down on cannabis businesses operating without a license.

All of the named defendants face misdemeanor charges, each of which carries a maximum of six months in jail and $1,000 in fines.

While the 32 unlicensed shops are spread throughout the city, nearly a third are in the South LA area, officials said. Los Angeles City Councilman Marqueece Harris-Dawson, whose 8th District encompasses a large swath of Southwest LA including Baldwin Hills and Hyde Park, said he hopes other city departments follow Feuer’s lead and act aggressively against unlicensed businesses.

Feuer encouraged all LA residents looking to purchase cannabis to do their part to support legal businesses.

Under Measure M, which was passed last year by LA voters and paved the way for the city’s current regulatory structure, it’s not just the LAPD and Feuer’s office who have enforcement power. With City Council authorization, for example, the Department of Water and Power can disconnect utilities being used for unauthorized cannabis activity.

In addition to criminal charges announced today, the City Attorney’s Office is also preparing to send cease and desist letters to operators that, based on “preliminary assessments,” are operating without the necessary temporary approvals, Feuer said.

Under another local regulatory measure, Proposition D, certain medical marijuana dispensaries were given “limited immunity” to operate before the city lifted a blanket ban on the industry. During that time, the City Attorney’s Office helped shut down more than 1,000 illegal shops, Feuer said, warning that his office is going to be “equally aggressive” in the latest round of enforcement.

“Businesses that flout the City’s new cannabis law will be held accountable,” the city attorney said in a statement. “I urge all property owners and marijuana businesses to follow the law and work with my office and the City’s Department of Cannabis Regulation to avoid facing serious criminal consequences.”

Since January 2018, the LAPD has seized 6,200 pounds of cannabis and confiscated 29 guns from illegal operators, said Lt. Stacy Spell. Citing limited resources and an effort to spend taxpayer money responsibly, Spell said the LAPD has focused on identifying illegal businesses that also impact the quality of life for residents in the surrounding community, whether from repeated nuisances or outright criminal behavior.

More than 140 permitted dispensaries currently operate in the city of Los Angeles. But the continued vigor of the region’s underground market has frustrated many licensed business owners and, some say, cut into expected cannabis revenue for the city.

Feuer encouraged all LA residents looking to purchase cannabis to do their part to support legal businesses, by visiting the Department of Cannabis Regulation’s website to view the complete list of legal shops. “If a location is not on that list, I urge residents of our city not to shop there,” he said.

Treasurers From Legal Weed States to Jeff Sessions: We Need to Talk About Banking 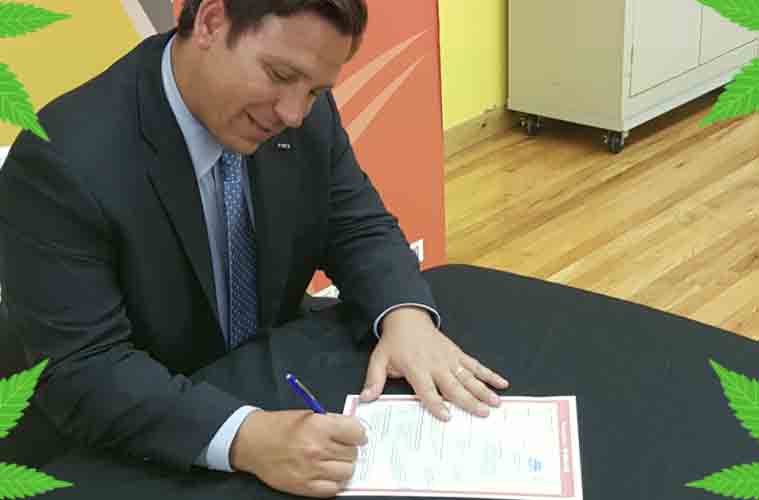