New Zealanders May Soon Vote on Cannabis… and Euthanasia?

New Zealand politicians have promised to hold a nation-wide vote on whether to legalize recreational marijuana by 2020. And euthanasia, the right for doctors to assist the terminally ill or those in crippling pain in dying, has amassed political support. As legislation for both topics progresses, Kiwis will have a chance to vote yay or nay, possibly at the same time.

Here’s a look at what New Zealand’s political forces have to say about both issues, and how they’ll decide when to hold this historic referendum.

Furthermore, an overwhelming majority support marijuana for pain relief, especially for the terminally ill. 55 percent would vote in favor of legalizing personal use marijuana growth, too.

Ross Bell, director of the Drug Foundation, explained to the New Zealand Herald, “A regulated approach will usher in controls on quality, price, and availability of cannabis, along with more education, prevention and treatment. The public gets this. Why don’t our political leaders?”

When weed comes to a vote, Kiwis will almost certainly decriminalize it, and will most likely legalize it recreationally.

Political Forces Are Catching Up To Popular Opinion

Though former Prime Minister Bill English was a fervently anti-marijuana, times have changed in New Zealand. Prime Minister Jacinda Ardern has not publicly supported recreational weed. However, as part of a larger deal with the Green Party, Ardern’s Labour Party has committed to holding the marijuana referendum.

Now that the Greens and the Labour Party are working together, cannabis has the support of a parliamentary majority. But political leaders have yet to present marijuana legislation. Justice Minister Andrew Little said, “We simply haven’t got anywhere near that, I think it’s about getting the mechanics of the referendum sorted, then I think obviously some discussions around scope and maybe some options there.”

This means working on public education and preventing young people from accessing marijuana. Legislators also want to hear from the public. When you combine all these factors, Mr. Little estimated, “That would dictate a timing that would be no earlier than late 2019.”

The End of Life Choice Bill outlines a strict protocol for doctors to assist patients in dying. Specifically, only those with incurable medical conditions and the terminally ill could legally request assistance. The process would require more than one consultation. If the patient decides to proceed, a doctor will administer a lethal dose of medication.

David Seymour leader of ACT New Zealand, the county’s liberal party, proposed the ‘assisted dying’ legislation in 2017. In December, he agreed to a public referendum on the bill. To get to this next stage, however, it will require the support of a parliamentary majority.

One Referendum Could Include Marijuana and Euthanasia

There are still some hurdles to overcome for both pieces of legislation. Progressives need to flesh out a framework for recreational weed, both as a referendum and as a nationwide program. Additionally, the End of Life Choice Bill must move through the approval process.

But a vote on both is on the horizon. It’s only a question of when they’ll hold the vote, and whether it should be on one ballot. Some politicians want to combine the two votes because it would be cheaper. “It would make sense to not have to spend a lot of money on a succession of referenda,” explained Justice Minister Little.

Some want to hold the referendums during the 2020 general election. James Shaw of the Green Party sees it as a matter of convenience for voters. “People are going to be going to the polling booths anyway,” he said.

Other politicians worry that voting on marijuana and euthanasia during the general election would complicate the issues. Chloe Swarbrick, a Green Party spokeswoman, argued, “If we hold it in 2019, it may not be deeply politicised, polarised, or pigeon-holed—and we are hopefully able to have more of an evidentiary discussion.”

A vote on legalizing recreational marijuana and euthanasia is impending, though the decision of when to hold it affect its outcome. For instance, fewer people would vote in a mailed in referendum compared to one held during a general election. But voting on marijuana in the general election could detract from other political issues that lawmakers feel strongly about.

No matter when they hold the vote, it looks like Kiwis will be deciding on some life-changing issues—who has the right to die and who is sent to prison—in the next year or two.

The post New Zealanders May Soon Vote on Cannabis… and Euthanasia? appeared first on High Times. 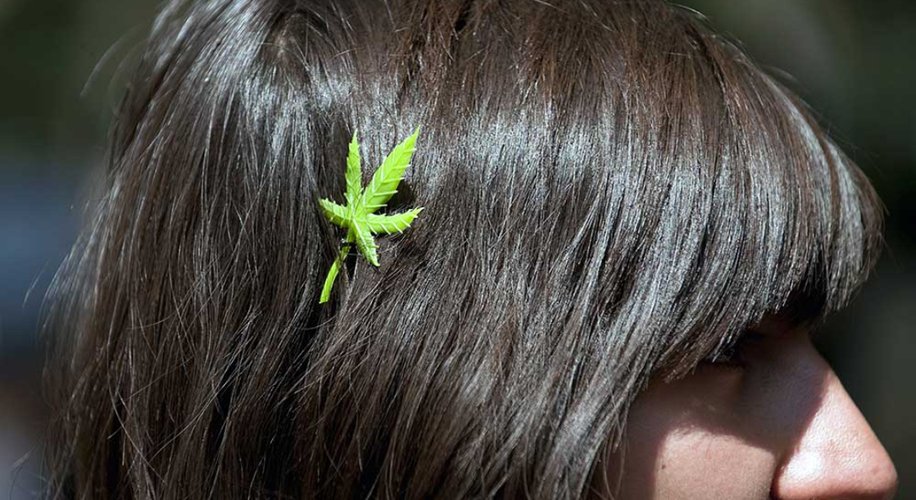 How Long Does Weed Stay in Your Hair?