Racist Set-Up & Outrageous Sentence in Mississippi Shows How Far U.S. Has to Go on Marijuana

Editor’s Note: Racism is a societal evil. Racism clearly played a role in Beadle’s stop and arrest. We need stronger Federal laws to protect people who have bought legally and cross State borders.

Nobody has accused Beadle of being violent, or planning to sell drugs, or committing any other crime than driving through a county, where the sheriff’s department is currently being sued for a long history of racial profiling, in a state where marijuana is still highly illegal. Not the sheriff’s deputy who arrested Beadle under the suspicious pretense of “crossing over a lane line” while the 46-year-old musician and father was driving through Madison County, Mississippi. Not the prosecutors who charged him with drug trafficking for the 2.89 pounds of marijuana, bought legally at Beadle’s home in Oregon, found in the car. Not the all-white jury, who took all of 25 minutes to convict him for drug trafficking, which carries a 40-year maximum prison term and not the judge who sentenced Beadle to eight years in prison on Oct. 16.

It should go without saying that Beadle, a practicing Rastafarian — who also uses cannabis to soothe pain in his knees, stemming from the days when he played college basketball — is a black man and that he disputes sheriff’s deputies account. Beadle says he drove to Mississippi after visiting his son in Ohio to pay homage to that state’s rich musical tradition and it’s likely his dreadlocks, black skin, and out-of-state license plates are what triggered the traffic stop and subsequent search.

As the Clarion Ledger reported, there was absolutely no sign that Beadle obtained the cannabis illegally or planned to sell any of it. He did not have a scale. He did not have individual bags. He did not have any large sum of money, he did not have a weapon. Every indication was that he was doing exactly as he claimed — possessing marijuana, albeit an amount some of us would find significant, wholly for personal use.

Chapman also declined to punish Beadle for possession, which is what the evidence suggested he was doing and upheld the all-white jury’s swift decision to convict for trafficking, based on — well, nothing aside from the amount of cannabis Beadle had purchased legally somewhere else. That is “leniency,” in an America where a majority of all citizens believe marijuana should be legal, and where a supermajority agree that adults should be allowed to use medical cannabis.

By now, someone will have argued that Beadle took an unnecessary risk, that it is inconceivable folly to try to drive cross-country, through the perils of the valley of flyover country, with dark skin and with that amount of marijuana. Maybe. But, nah — the ease and lack of legitimate probable cause with which Beadle was pulled over suggest that Deep South sheriff’s deputies’ ingenuity would have turned up some pretext to do Beadle ill. A broken taillight, if not a “green leafy substance.” If it were not blindingly obvious, if the constant deluge of astonishingly casually racist videos are not enough proof, Beadle’s case makes it abundantly clear that we are still living in the era of, “You lost, boy?”, if not slipping headlong back into the evils of Jim Crow or worse.

Beadle’s attorneys will appeal their client’s conviction. In the meantime, the country’s drug laws appear poised to continue changing swiftly. In less than a week, voters in conservative North Dakota may vote to legalize cannabis for adults 21 and over without possession limits. Had Beadle’s trip taken place next spring, in another state, he would be at home and free. “In five years,” attorney Cynthia Stewart told Mississippi Today, “this may not even be a crime.”

She is half-right. What happened to Beadle is a crime — with all of the usual suspects.

TELL US, do you think this sentence goes too far?

The post Racist Set-Up & Outrageous Sentence in Mississippi Shows How Far U.S. Has to Go on Marijuana  appeared first on Cannabis Now. 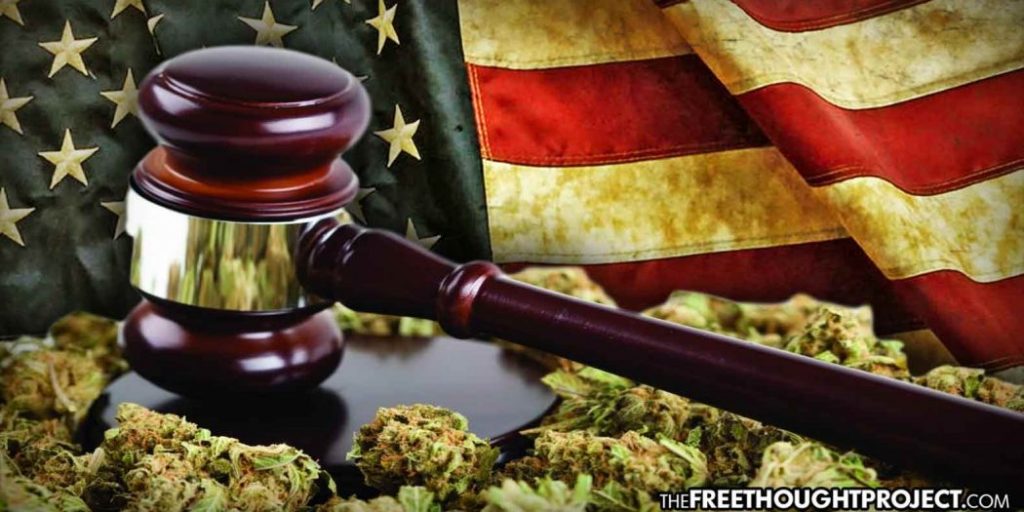