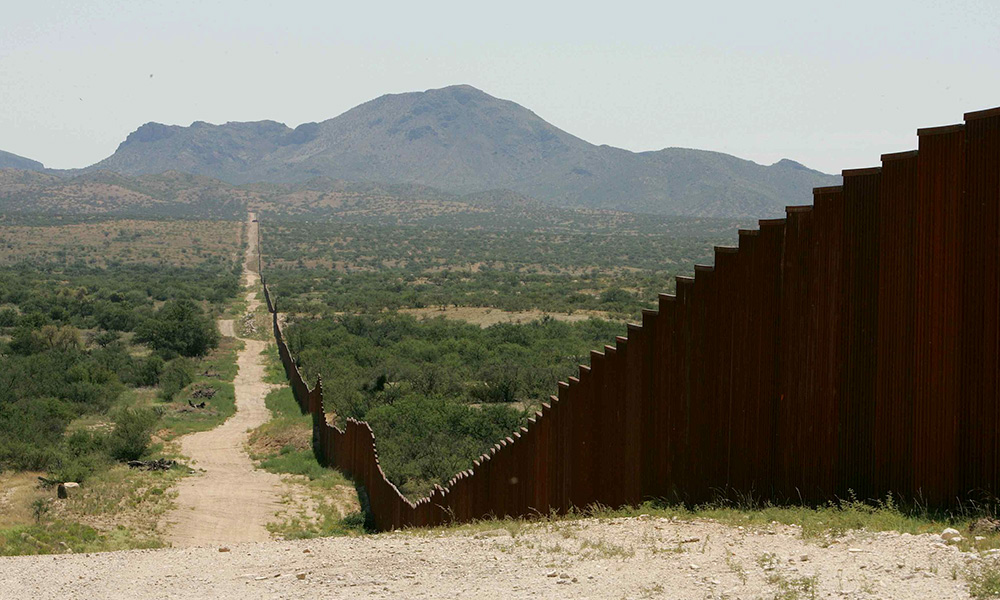 [Editor’s Note: If the President is telling the truth, he’s making us believe we need a wall to stop illegal immigrants. The evidence is in, we don’t. We need to legalize cannabis, that will stop the cartels.]

The president has again and again invoked the threat of drugs coming in from Mexico to justify his call for a border wall.

On Dec. 27, he tweeted: “Have the Democrats finally realized that we desperately need Border Security and a Wall on the Southern Border. Need to stop Drugs, Human Trafficking, Gang Members & Criminals from coming into our Country.”

Have the Democrats finally realized that we desperately need Border Security and a Wall on the Southern Border. Need to stop Drugs, Human Trafficking,Gang Members & Criminals from coming into our Country. Do the Dems realize that most of the people not getting paid are Democrats?

Now, Trump’s demands for congressional funding to build his border wall have forced a shut-down of the federal government, and two weeks in, Congress and the White House appear no closer to breaking their stalemate. Democrats are flatly refusing the president’s demand for $5 billion to fund his pledged border wall. Republicans, in turn, are rejecting a Democratic plan for interim funding of the government while negotiations continue.

But a new report from the libertarian Cato Institute makes the case that legal cannabis is a far more effective means of combating the narco-traffic across the southern frontier. Provocatively entitled “How Legalizing Marijuana Is Securing the Border,” the study documents how cannabis seizures along the border have declined as more U.S. states have legalized. Drawing an analogy to the immigration dilemma, it urges: “Just as legalization has reduced the incentives to smuggle marijuana illegally, greater legal migration opportunities undercut the incentive to enter illegally. Congress should recognize marijuana legalization’s success and replicate it for immigration.”

Fighting the Cartels With Domestic Supply

“President Trump has repeatedly cited drug smuggling to justify a border wall,” the study states. “Because it is difficult to conceal, marijuana is the main drug transported between ports of entry where a border wall would matter. However, Border Patrol seizure figures demonstrate that marijuana flows have fallen continuously since 2014, when states began to legalize marijuana.”

The report notes that decades of enforcement efforts to reduce marijuana smuggling had not worked, until from 2013 to 2018, the Border Patrol confiscated 78 percent less marijuana.

Therefore, study author David Bier concludes: “State marijuana legalization starting in 2014 did more to reduce marijuana smuggling than the doubling of Border Patrol agents or the construction of hundreds of miles of border fencing did from 2003 to 2009. As more states… legalize marijuana in 2019, these trends will only accelerate.”

That 78 percent decline in Border Patrol pot seizures has been from 114 pounds per agent in FY 2013 to 25 pounds per agent in FY 2018. Significantly, the decline began in 2014, the same year legalization took effect in Colorado (two years after being approved by the state’s voters). Legalization was then also being phased in by Washington state. Since then, seven more states have followed.

And the apparent impacts go even further. “Total marijuana seizures by all Department of Homeland Security (DHS) agencies declined by nearly 2 million pounds from FY 2013 to FY 2017,” the study says. “Other drugs have not entirely substituted for this decline in marijuana. The street value of all drugs seized by the average agent between ports of entry also fell by 70 percent from FY 2013 to FY 2018.”

The study asserts a direct causal link: “State-level marijuana legalization has undercut demand for illegal Mexican marijuana, which in turn has decreased the amount of drug smuggling into the United States across the southwest border.”

The DEA has acknowledged that because it is so much more difficult to conceal than refined white powders like cocaine, cannabis is “predominately smuggled between, instead of through, the ports of entry.” Bier adds a corollary: “Without marijuana coming in between ports of entry, drug smuggling activity now primarily occurs at ports of entry, where a border wall would have no effect.”

Bier further argues that the same logic of undercutting illegal flows with a more tolerant approach that permits above-board activity can also be applied to immigration. He writes: “Since the imposition of strict numerical limits on legal immigration in the 1920s, federal efforts to prevent illegal immigration have been largely unsuccessful in limiting the illegal entry and residence of large numbers of immigrants, except when combined with large increases in lawful migration or a collapse in American demand for foreign workers, such as during the Great Depression.”

Today, Congress allocates more money for immigration enforcement agencies like the Border Patrol and ICE than for all other federal law enforcement agencies combined — about $187 billion from 1986 to 2013. Since 2003, the federal government has deported about 1.7 million immigrants from the interior of the country and intercepted another 10 million at the borders.

Bier sees these outlays as largely a waste: “Just as legalization of marijuana has helped secure the border against illicit entry of marijuana, making it easier for immigrant workers to live and work legally in the United States has reduced the incentive of would-be illegal immigrants to cross the border. Over the last 70 years, the number of work visas is negatively correlated with illegal entries along the border. In other words, more work visas mean fewer illegal entries.”

Yet current law offers just 5,000 green cards to lower-skilled workers and bans anyone who crossed the border illegally from applying for a green card, even with family-sponsorship.

The difference is, however, that the states could unilaterally legalize cannabis, in defiance of the feds. Immigration enforcement, in contrast, is an unambiguously federal responsibility. It would take uncharacteristic courage from Capitol Hill if such outside-the-box thinking were to break the congressional logjam.

TELL US, do you think Congress should enact research-based drug policies?

Column: Could cannabis be just the thing to break partisan gridlock in Congress?