State Rep. Joe Moody, a Democrat from El Paso, introduced a bill on Monday to decriminalize small amounts of marijuana in the Texas House of Representatives. The measure, House Bill 63, was submitted by Moody on the first day of the pre-filing period for the 2019 legislative session.

If passed, “a person who knowingly or intentionally possesses a usable quantity of marihuana [sic] in an amount that is one ounce or less does not commit an offense but is liable to the state for a civil penalty not to exceed $250,” according to the text of the bill.

It appears the bill might have a chance at success. Both Moody’s own Democratic Party and that of state Republicans call for cannabis reform. And in September, Gov. Greg Abbott, long an obstacle to marijuana reform, indicated that he was “open” to reducing the penalties for possession of small quantities of pot.

In June, at the convention for the Republican Party of Texas, delegates approved a platform that included several planks in favor of cannabis reform.

“We support a change in the law to make it a civil, and not a criminal, offense for legal adults only to possess one ounce or less of marijuana for personal use, punishable by a fine of up to $100, but without jail time,” reads the official party stance on cannabis.

Another plank called for a change in marijuana regulation at the federal level.

“Congress should remove cannabis from the list of Schedule 1.”

Heather Fazio, coalition coordinator for Texans for Responsible Marijuana Policy, said the party’s positions reflected the opinions of most Americans.

“While it would be preferable for cannabis to be de-scheduled entirely, this call by the Texas GOP signifies a very positive shift in opinion,” Fazio added. “Outright prohibition is not working and Texas Republicans want to see Congress take action to make cannabis more accessible.”

Will the Governor Be Onboard?

Since taking office as governor at the beginning of 2015, Abbott has been seen as an impediment to cannabis reform in Texas. And while his position hasn’t evolved as much as his party’s, in an election debate with challenger Lupe Valdez in September, he indicated that he would consider a bill that would reduce possession of less than two ounces of pot from a Class B to a Class C misdemeanor.

“One thing I don’t want to see is jails stockpiled with people who have possession of small amounts of marijuana,” Abbott said.

But even though Abbot said he believed that veterans and others lobbying for change made a “compelling” argument, he still did not support an expansion of the state’s restrictive medical marijuana program.

“I’m still not convinced yet,” he said.

Fazio said that Abbott indicating a willingness to consider reform is a major development, but the approach he favors doesn’t go far enough.

“Setting aside the details of what the governor said, the fact that he’s moving on this is itself huge,” said Fazio. “But that still wouldn’t remove all the collateral consequences for possessing a plant that many other states have decriminalized.” 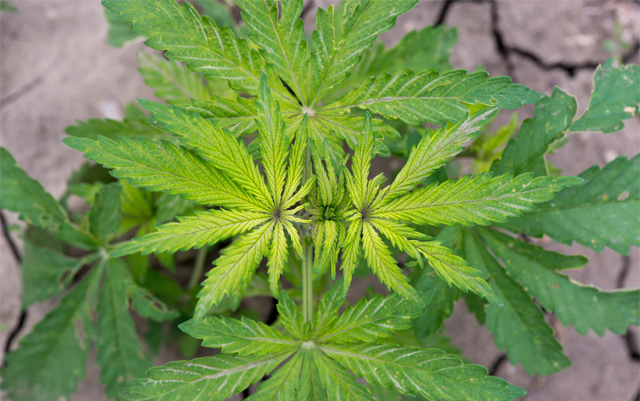