The Real Legalization Problem is — Regulation

Illinois officials have stated they were very happy with 2021 tax revenues of $297 million from legal cannabis sales. Most other states claim they are losing tax revenue to black market (illegal) sales. The black market is holding back the maturation of legal adult consumption. Why does the illegal cannabis market not just survive, but prosper? It’s a complex question, but the only reason currently appears to be cannabis regulation.

A Few Reasons Why

There are many continuing issues in the legalization of adult (and medical) cannabis markets across the US. They’re big problems too. The root of the problem is that the traditional black market (illegal) cannabis market is thriving and still constitutes a majority of cannabis sales (Bloomberg, 2020). The illegal market share is well over 50% in most adult-use legal states. Why is this and why can’t state regulators seem to wrap their brains around what it takes to create a thriving legal market, much like alcohol?

Regulators in the various states don’t appear to know how, although I suspect this is not the true case. We know the regulators in all the legal states talk to each other. Most regulators belong to an organization called CANN-RA, the Cannabis Regulators Association. CANN-RA has an annual conference too! (If only I could be a fly on the wall at that conference!) In New Mexico, the controlling agency is The New Mexico Regulation & Licensing Department.

If there’s a microcosm of all the various state issues, it might be New Mexico. New Mexico legalized adult use sales of cannabis in mid- 2021. While it’s understood the industry needs time to ‘ramp up’, the state was too slow to act on licensing for growers and retailers. Had the state regulators acted with alacrity and used the available market knowledge (medical cannabis had already been legal in New Mexico for several years), these problems wouldn’t exist or would at least be minimal. But it’s not just New Mexico. Every legal state to a greater or lesser extent has the same or similar issues. 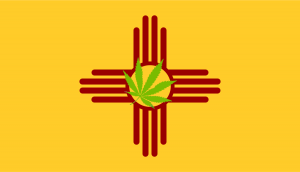 Let’s take these issues one at a time: In New Mexico, there’s currently a shortage of cannabis flower. Why is this? I went into two dispensaries in New Mexico the other day. One was in Santa Fe and the other in Taos. In the store in Santa Fe, I looked at the electronic menu board and saw there were 4 or 5 kinds of hybrid bud, but under both the sativa category and the indica category, nothing. This shouldn’t happen, but it has. I asked the budtender about the lack of variety in the store and was told two things: First, not enough flower to go around and second, the state was mandating that all flower be pre-packaged. I have learned that the second reason wasn’t completely true, but it’s there at least as an excuse.

Regulators are to blame for a lack of foresight…or caring. I don’t know which. Growers weren’t licensed fast enough (it takes at least 20 weeks to produce finished flower) to supply the market while opening too many dispensaries which led to too little flower for each which led to the second issue; Prices are higher than the traditional (the old illegal) market. Legal cannabis flower in New Mexico sells for around $15 to 20 per gram, which looks over $400/ounce. In Colorado, ounces can be had for less than $150…and they’re frequently better quality.

Regulations are at times crazy. One dispensary who had very little flower to sell said they had to send everything back to their offices because all the flower had to be prepackaged. The list goes on. And this is only one example. When I talk to budtenders, managers and owners, I keep getting the same message about how difficult the regulations are. Some of this might be meaningless gripes, but the sum of the parts looks otherwise.

Oklahoma, which is currently a medical only state, has its own issues. The regulators have now implemented a new signage law mandating growers to put up signage that can be seen from the road. I’d call that stupid. Yes, stupid. That’s the only word for it. It’s like putting a big bullseye on the house that says; “Steal From Me” or steal from me.

Where do People Go?

People are funny. We all gravitate to the best deals or rather the best price/value. And the best price/value isn’t in New Mexico. New Mexico has Colorado to the north and Arizona to the west. Colorado has fairly sane regulations for growers and retailers. There is good supply and prices are very reasonable … at least compared to New Mexico. I don’t know much about Arizona. But I do know that in Colorado an ounce can be had for as little as $160. I’ve seen an ounce as low as $140 on special, but not often. Of course, when you’re 1 or 2 hours from Colorado, which is most of northern New Mexico, why shop locally? Colorado has better product and it’s less expensive.

Why is there a lack of weed in an adult legal state? It has to do with regulators and people with no business experience (or so it seems) making business decisions that are hurting the state, consumers and anyone with a stake in the cannabis industry. It’s not just New Mexico. Every adult legal state and medical state has regulatory issues. It’s a bit crazy. It may have to do with stigma, attitudes and who is actually regulating the sale of cannabis in the various states. Alcohol has many similar issues, but in a well established market (alcohol) the problems seem to be smaller. Alcohol is legal in all 50 states now although there are still ‘dry’ counties. Cannabis? Many cities in adult legal states still refuse to allow legal cannabis sales. So what are people doing? They’re doing exactly as they are in New Mexico…driving to local legal states.

What can be done to correct these issues (and there are far more), if this is a microcosm of what’s happening in many of the other legal states. People in the US (and around the world as well) want the freedom to consume cannabis. I have to wonder how many cars are crossing between Indiana and Illinois or Indiana or Michigan to purchase cannabis products. Indiana’s refusal to even consider medical cannabis is hurting it both in revenue and is causing criminal activity to flourish. I could go through the list of states, but you’re getting the idea. While New Mexico is an adult legal state, it’s cannabis regulation needs to be better thought out.

Where is this going? It’s worth remembering that when alcohol was made legal for the states to regulate because of the 21st amendment, it took about 25 years for legal alcohol to get to parity with ‘bootleg’ alcohol. Most countries (and in our case states) have strange regulations. It’s not just limited to cannabis. In the US, alcohol had a stigma attached to it for many years after it was legalized. Cannabis prohibition and the lies that went around it also has a stigma, perhaps larger because of the gross lies told about it, so it could take longer to get to parity with ‘traditional’ cannabis.