From Oregon to Pennsylvania, voters around the country participated in another round of primary elections on Tuesday.

What could the results mean for marijuana reform? Here’s a glance at where winning gubernatorial nominees, plus victors in a handful of non-governor races, stand on cannabis.

The incumbent backed and signed a bill to legalize medical cannabis into law in 2016.

Wolf has also voiced support for decriminalizing marijuana possession. But when it comes to full legalization, the governor has been declined to lend his support. In a statement to a Philadelphia CBS affiliate in January, a spokesperson said Wolf remained “focused on implementing Pennsylvania medical marijuana program.”

The governor regularly personally announces details about the implementation of medical marijuana, for example listing dispensaries that started to sell legal cannabis to qualified patients in February.

Many of you have waited years for this moment. Medical marijuana is legal, safe, and now available to PA patients. Proud of the work so many have devoted to making #MMJ a reality in PA. https://t.co/bfDBbSluzt

Wolf has also pushed back against potential federal intervention in the state’s cannabis law, for example when U.S. Attorney General Jeff Sessions rescinded Obama-era protections. He said he wouldn’t “stand for backwards attacks on the progress made in Pennsylvania to provide medicine to those in need,” the York Daily Record reported. He’s also called on Congress to act to protect states where marijuana is legal from federal intervention.

I urge Congress to act so PA’ians who are suffering aren’t impeded from getting relief through medical marijuana. https://t.co/fRw1Jxb1ti pic.twitter.com/1PMmyKXTwv

All three of the Republican primary candidates for governor, including Wagner, said they support the state’s medical marijuana legalization program. Wagner is on the record saying he’s “not a fan” of recreational cannabis legalization.

Krist made a series of strategic moves to become a viable contender against incumbent Gov. Pete Ricketts (R), shifting his party affiliation from Republican to Independent and, finally, to Democrat in February. Krist voted in favor of a measure to legalize medical marijuana in the state.

The incumbent governor is decidedly anti-legalization, writing in a blog post that he opposed an effort in the state legislature to legalize medical cannabis for a number of reasons, calling marijuana a “dangerous drug.” Ricketts claimed he spoke to Colorado officials who warned him that legalization caused an uptick in criminal activity. He also expressed concerns about the lack of FDA approval and said cannabis use impairs cognitive function.

Though her chances were never considered particularly strong, it’s worth mentioning that Ricketts’s Republican primary challenger Krystal Gabel, who pulled in about 20 percent of the Nebraska GOP vote on Tuesday, campaigned on a promise to support cannabis reform.

Jordan is friendly to cannabis reform, supporting legislation to decriminalize marijuana during her time in the state House. During a televised debate last month, she said that wanted to see marijuana legalized for the health benefits and because it would bring in “millions” in tax revenue to the state.

Last year, I worked on a bill to decriminalize recreational marijuana. I do not believe that marijuana possession is a crime that should determine whether a person can find employment, pursue higher education, or be considered for scholarship or financial aid opportunities. (1/4)

“This is a natural medicine that grew here for thousands of years,” she said, according to the Associated Press. “Unfortunately, we’re seeing it being replaced by the opioid drugs through the opioid industry, which are far more impactful, hurtful, harmful to rural communities in Idaho, and they are destroying our communities. And opioids are the gateway drug to heroin and methamphetamines.”

Little said that he supported an executive order that set up a system to provide access to CBD oils for children suffering from epilepsy, but that’s about as far as he’s willing to go, MagicValley.com reported. He opposes any further legalization.

The incumbent governor is pro-legalization and vowed to protect Oregon’s legal marijuana program from federal intervention after Sessions rescinded the Cole memo. In a statement from January, Brown wrote: “Over 19,000 jobs have been created by the market Oregon worked carefully to build in good faith and in accordance with the Cole Memorandum. The federal government must keep its promise to states that relied on its guidance.”

“States are the laboratories of democracy, where progressive policies are developed and implemented for the benefit of their people,” she continued. “Voters in Oregon were clear when they chose for Oregon to legalize the sale of marijuana and the federal government should not stand in the way of the will of Oregonians.”

Unlike most GOP gubernatorial candidates in Tuesday’s primary elections, Buehler, who is also an orthopedic surgeon, has fully embraced the state’s decision to legalize marijuana. He also condemned statements from the White House and Justice Department insinuating a crackdown on legal cannabis states, and he said he believes marijuana can help patients suffering from a variety of medical conditions.

Hands off OR legal Marijuana law @realDonaldTrump. Where is @OregonGovBrown in defending will of OR voters? #orpol https://t.co/SJRqUlSFfE

“I just think we’ve had very successful implementation of marijuana access in Oregon and I think it’s important to educate and explain to the new administration and the Attorney General that this issue is being handled quite well in Oregon,” he told The Bulletin. “This is a model for states that choose to go this route.”

Two other races of note…

“Mr. Fetterman has been an unrelenting champion for reversing Pennsylvania’s failed and draconic policies when it comes to marijuana,” NORML PAC executive director Altieri said in a statement. “He understands the absolute devastation prohibition has wrought on families across the state, most acutely in already marginalized communities.”

RT to spread the word: there’s only one candidate in the #PASen #PAPrimary who wants to legalize marijuana.https://t.co/mwKtwMVoR3

Following the NORML PAC endorsement, Fetterman said that he would “never shy away from the doing the right thing, and fully legalizing marijuana is the right thing for Pennsylvania.”

“We should go full-on Colorado,” he said. “It’s a simple solution to the devastation I have seen first-hand of the Opioid Crisis, and the disproportionate impact of mass incarceration on communities of color. As Lt. Governor I will be the leading voice on this issue in Harrisburg.”

The congressman received a C- rating from NORML based on his voting record on marijuana amendments. In 2016 he did support the Veterans Equal Access Amendment, which would have expanded access to medical cannabis for military veterans. But he voted against amendments to protect state medical cannabis programs and broader marijuana legalization laws from federal intervention. 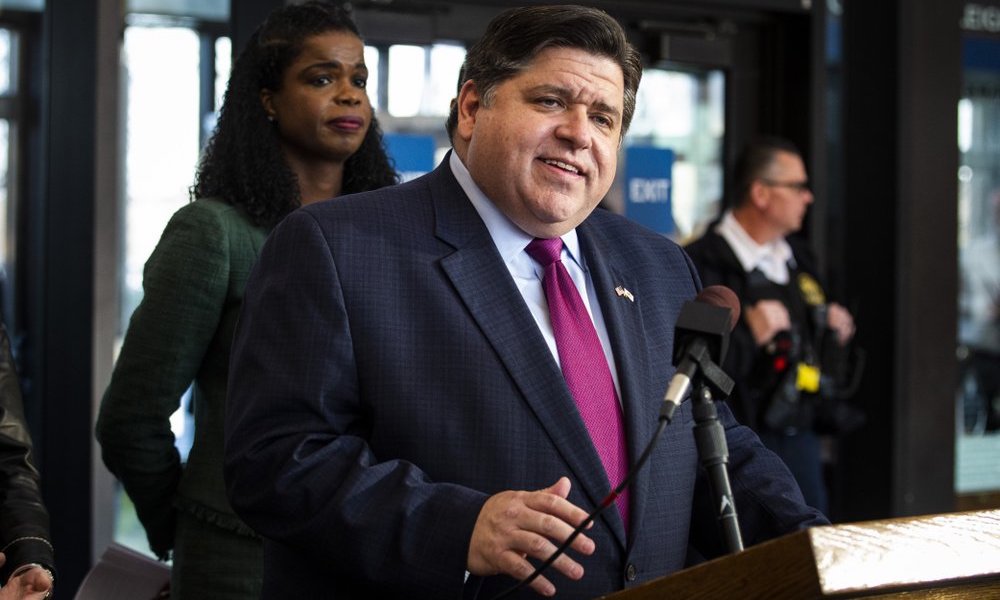 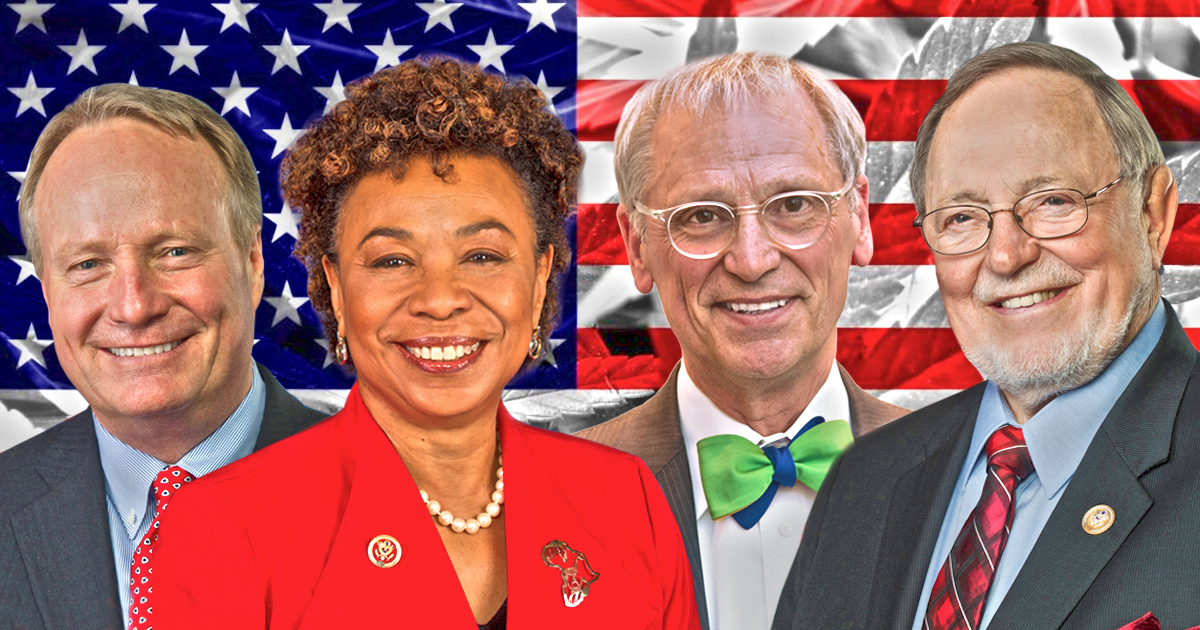