A bipartisan group of senators and representatives introduced a historic bill this morning that could change the cannabis legalization landscape across the United States.

The STATES Act, which Trump agreed to support, would exempt state-legal cannabis from the Controlled Substances Act.

In a move that’s been anticipated for weeks, Sen. Cory Gardner (R-CO) and Sen. Elizabeth Warren (D-MA), and Rep. David Joyce (R-OH) and Earl Blumenauer (D-OR) introduced the Strengthening the Tenth Amendment Entrusting States (STATES) Act this morning on Capitol Hill. The measure would exempt state-legal marijuana from the Controlled Substances Act, allowing every state to legalize and regulate cannabis (or keep it illegal) as they see fit.

In a joint press conference, Sen. Gardner emphasized that the Act would not mandate full nationwide legalization. Rather, it would allow each state to legalize or prohibit cannabis on its own. If a state chooses to do nothing, cannabis would remain federally illegal within that state’s borders. But in states that legalize, federal prohibitions would not apply.

“This is an approach that allows the states to move forward,” said Gardner. “If a state like Oklahoma or Kansas or Nebraska chooses for themselves not to do this, they do not have to. The federal law remains the same. Nothing changes for them. But for those states like Massachusetts and Colorado, this is the opportunity our founders intended: allow states to be those laboratories of democracy.”

Trump Vows to Back Law to Protect Legal Cannabis Industry

A few broad strokes about what’s in the STATES Act:

Trump’s Part of the Deal

It’s a bill that some political observers inside and outside the DC Beltway believe has a real chance of gaining some traction on Capitol Hill, and perhaps even becoming law.

That’s because the measure was born, in part, from the deal Sen. Gardner cut with the Trump administration earlier this year. After Attorney General Jeff Sessions rescinded the Cole memorandum, an Obama-era Department of Justice memo that created a federal policy of non-interference in cannabis-legal states, Gardner responded with fury and action. Gardner, who represents the nation’s first state to legalize adult-use cannabis, retaliated by blocking Justice Department nominees until he reportedly received assurances from President Trump that the President would support legislation to protect each state’s right to regulate cannabis without federal interference. The STATES Act is that legislation.

‘The federal government needs to get out of the business of outlawing marijuana.’

“In 2012, Coloradans legalized marijuana at the ballot box and the state created an apparatus to regulate the legal marijuana industry.  But because of the one-size-fits-all federal prohibition, state decisions like this put Colorado and other states at odds with the federal government,” said Senator Gardner. “The federal government is closing its eyes and plugging its ears while 46 states have acted.  The bipartisan STATES Act fixes this problem once and for all by taking a states’ rights approach to the legal marijuana question. The bipartisan, commonsense bill ensures the federal government will respect the will of the voters – whether that is legalization or prohibition – and not interfere in any states’ legal marijuana industry.”

Sen. Warren, whose state is expected to open its adult-use cannabis market on July 1, added: “Outdated federal marijuana laws have perpetuated our broken criminal justice system, created barriers to research, and hindered economic development. States like Massachusetts have put a lot of work into implementing common sense marijuana regulations – and they have the right to enforce their own marijuana policies. The federal government needs to get out of the business of outlawing marijuana.”

Justin Strekal, political director of NORML, said he looked forward to the bill moving ahead with the President’s support. “President Trump made a commitment to Senator Gardner that he would support a federalist approach to state marijuana laws,” Strekal said. “Now Congress must do its part and swiftly move forward on this bipartisan legislation that explicitly provides states with the authority and autonomy to set their own marijuana policies absent the fear of federal incursion from a Justice Department led by militant cannabis prohibitionist Attorney General Jeff Sessions.”

The bill’s legal foundation rests on the 10th Amendment of the U.S. Constitution, which states: “The powers not delegated to the United States by the Constitution, nor prohibited by it to the states, are reserved to the states respectively, or to the people.”

An official description of the measure states, “strengthening the Tenth Amendment …ensures that each state has the right to determine for itself the best approach to marijuana within its borders.”

One of the most dramatic changes that would take place, should the STATES Act eventually become law, would be to amend the federal Controlled Substances Act (CSA).  For nearly a half-century the CSA has classified cannabis as an illegal Schedule I substance, or a drug “with no currently no accepted medical use and a high potential for abuse.” Under the STATES Act, state-legal marijuana would be exempt from the CSA.

The Act doesn’t dissolve all federal oversight over cannabis, however. The Act would prohibit cannabis distribution at transportation facilities such as rest areas and truck stops.

‘The STATES Act is the most significant piece of marijuana-related legislation ever introduced in Congress.’

The measure would also set a federal age limit of 21 for cannabis access. The limit would not prevent those under 21 from accessing medical cannabis.

The Act would extend these protections not just to states but to the District of Columbia, as well as all U.S. territories and federally-recognized tribes, as part of what an advisory from Senators Gardner’s and Warren’s offices calls “common-sense guardrails to ensure that states, territories, and tribes regulating marijuana do so safely.”

“We should trust the people of the states, like Ohio, who have voted to implement responsible common-sense regulations and requirements for the use, production, and sale of cannabis,” said Rep. Joyce, who co-sponsored the bill. “If the people of these states have decided to provide help for those veterans and others suffering from pain and other health issues, we should allow them access without government interference.”

Another major change: the STATES Act would amend the federal definition of marijuana to exclude industrial hemp. Hemp is a form of cannabis that contains less that 0.3% THC. For centuries, hemp was a an important agricultural crop, prior to being outlawed along with all other forms of cannabis in the 20th century.

The STATES Act is also remarkable in that is has true bipartisan support.  The measure’s co-sponsors are U.S. senators on opposite ends of the political spectrum. Cory Gardner is a conservative Republican. Elizabeth Warren is a vocal champion of the progressive agenda, and represents a state (Massachusetts) whose legal adult-use cannabis market is expected to open on July 1.

In a videotaped address to the Americans for Safe Access unity conference last month, Senator Warren noted that “our bipartisan bill says that a state, not the federal government, is best suited to decide cannabis policy.”

In an April interview with Yahoo News, Senator Gardner said that, following the reversal of the Cole memorandum in January, he had a number of conversations with Senator Warren.

“It was clear that Elizabeth Warren and I were thinking about the same kind of approach on a federalism level,” he added. “We’ve continued that work together.”

What About Veterans and the VA?

The bill isn’t perfect yet. Even before the formal introduction of the STATES Act, Veterans Cannabis Project Founder and Executive Director, Nick Etten, released a statement critical of its lack of coverage for military veterans who rely on the VA for healthcare.

“This bill is an important sign of bipartisan respect for the will of voters across the country,” Etten said, “but it does nothing to help the millions of veterans who rely on a federal VA health system that bans veterans from access to state-legal medical cannabis.”

Some political observers are optimistic about the STATES Act’s chances in Congress.

Don Murphy, conservative outreach director for the Marijuana Policy Project, called the STATES Act “the most significant piece of marijuana-related legislation ever introduced in Congress.”

“With its bipartisan backing in the Senate,” Murphy added, “it symbolically signals the eventual end of marijuana prohibition at the federal level. This legislation reflects the position President Trump took on marijuana policy during his campaign, and it comes shortly on the heels of the positive comments he made to Sen. Gardner. The president has a unique opportunity to get behind historic legislation that enjoys solid support on both sides of the political spectrum.”

“I think this is the most likely bill to legalize marijuana that’s ever been introduced,” said Sal Pace, a life-long Democrat who was a former Colorado state representative and who is currently Pueblo County Commissioner.

Pace was instrumental in establishing the world’s first cannabis-funded college scholarship program for every high school graduate in Pueblo Country. He also helped create the Institute of Cannabis Research at Colorado State University-Pueblo.

Pace told Leafly that the STATES Act “is an excellent, eloquent fix to a lot of problems” in cannabis-legal states, including the ongoing issue of banking and the financial sector’s reluctance to work with legal cannabis companies, due to federal prohibitions.

And he also sees it as a de-facto form of legalization. “I think calling it states rights is smart semantically,” he said. “It just leaves (those issues) up to the states.”

Pace has also known Corey Gardner for years. “I consider him a friend,” he noted. “We served in state house at the same time, it go backs to us both being congressional staffers in different offices.”

And he believes Sen. Gardner is the right person at the right time when it comes to spearheading the STATES Act – especially when Gardner stood up to the Attorney General over the Cole memorandum.

Sessions, said Pace, took a political gamble on cannabis and lost – and in turn created the momentum that has now lead to the STATES Act.

“There were a lot of elected officials across the country who were silent on these type of issues until Jeff Session rescinded the Cole memo,” he said. “Jeff Sessions probably thought that a lot more members of Congress were going to be by his side as he was pushing prohibition across the country.”

The full text of the STATES Act is available here. 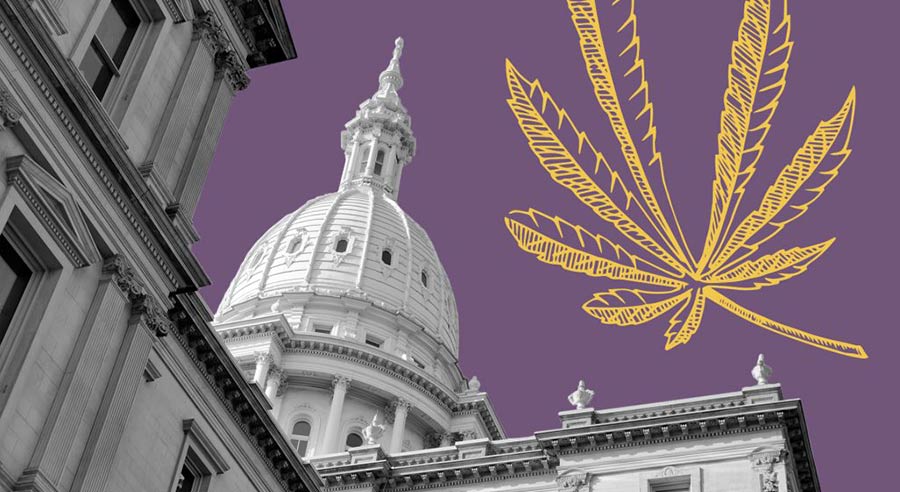 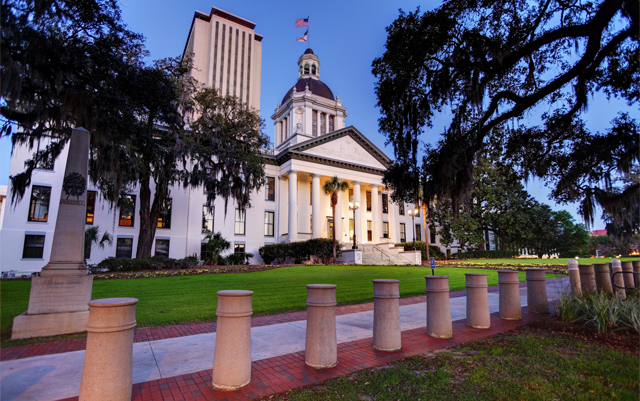