Book (Comic) Review: “How Do You Smoke a Weed” 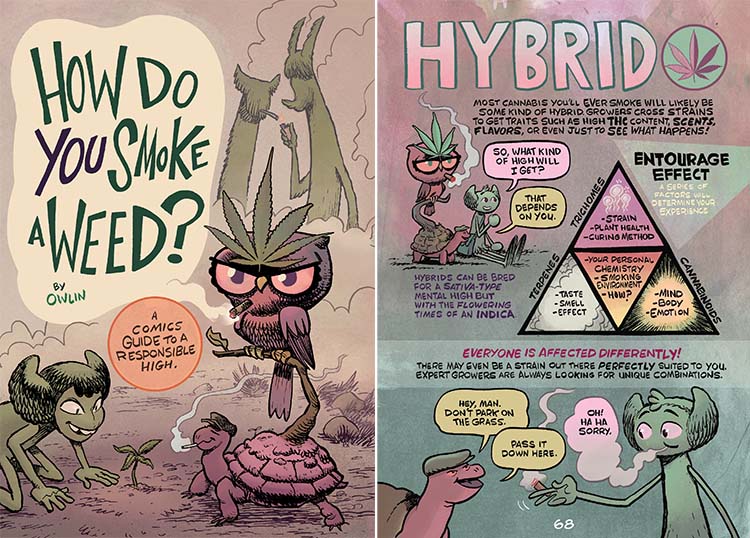 OK, it’s not a book report. It’s a comic book report. How Do You Smoke a Weed is a comic for newbies, noobs, about how to consume our favorite plant; WEED!!!! And it’s a darn good one too!

How Do You Smoke a Weed was created by Lauren Keller, Lin Visel, and Joseph Bergin III. The cover credits the author as Owlin with a whole lot of credits inside as well. There’s a lot that goes into the production of a comic book, even if it’s never put on paper, but only appears as a pdf. This particular book is also available as a softcover physical book as well. The PDF version is $5 and the softcover is $10. Not a bad price for what you get.

What Do You Get?

The story follows a character who wants to smoke weed, but doesn’t know how. Or how much to take. Or how to actually smoke it. Or anything about it. What’s sativa? What’s indica? What’s a hybrid? How do you roll a joint and is that the only way to smoke weed? How do you grind weed? All questions and along his journey, there are answers by kind characters who are happy to help our noob smoker into the wonderful world of cannabis consumption.

Cannabis consumption is an art as much as it is a science. How do you like to ingest is one of a myriad of questions noobie consumers ask. The art is comic at times reminds me of R. Crumb, a comic artist who I still adore and his work is relevant. At times the artwork is just new and reminds me of nobody I know. This is not a bad thing. I can see the influences of many comic artists in these drawings. Comic books for me have always been more about the art than the dialogue and information the comic contains. The old Superman and Captain America books I saw and read as a kid influenced me a lot. I don’t know entirely where the art was derived from by the artist (Owlin?) but it’s comic art for sure and I like it a lot. But comics are more than art. They’re also a message delivered in as few words as possible leaving a lot of the words to the viewers (readers?) imagination.

The real message to me is twofold; The first message is that it’s OK to be a noob and the second message is that it’s complicated. I remember when I started to consume weed around the time I was 20. It was not only a new, exciting experience, but I quickly recognized there was better and worse weed out there. My friend John Hulburt, a gifted musician, was the first person who turned me on, We used his little opium pipe that was perfect for one or two hits. Over the years, I had to learn on my own about what makes cannabis consumption complex, fun and rewarding in its own way.

I can highly recommend the consumption of “How Do You Smoke A Weed” as it’s full of good art and good messages. It’s human nature to share (I hope!) and while it is possible to learn about weed on your own, it’s still more fun this way. At the end of the day, weed should be fun. Lots of fun. Lots and lots of fun. If you’ve got the $5 to spend go here and buy this comic! It’s also available on Amazon, but it’s $9.50 there. I’d rather support this small business than support Amazon, but it’s your choice.

Just get it and enjoy the comic on all the levels you can. 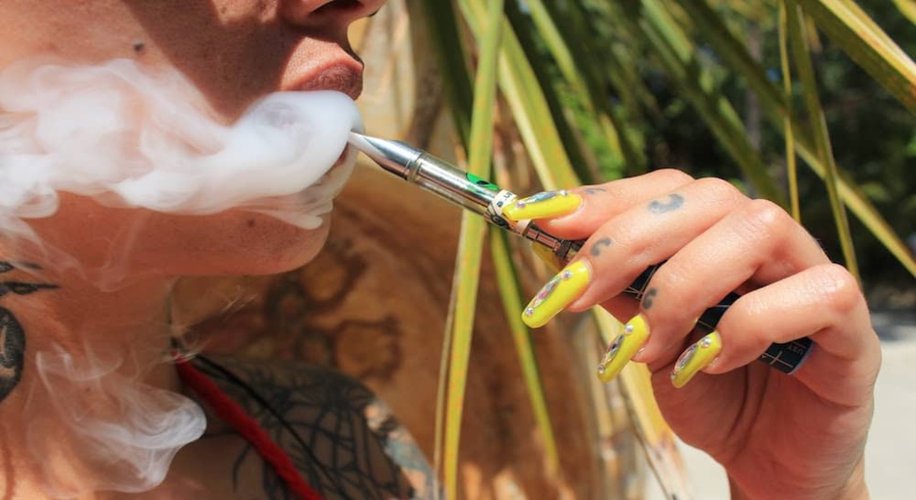 Yes, Marijuana Lube Is a Thing. A Pretty Good Thing, Too