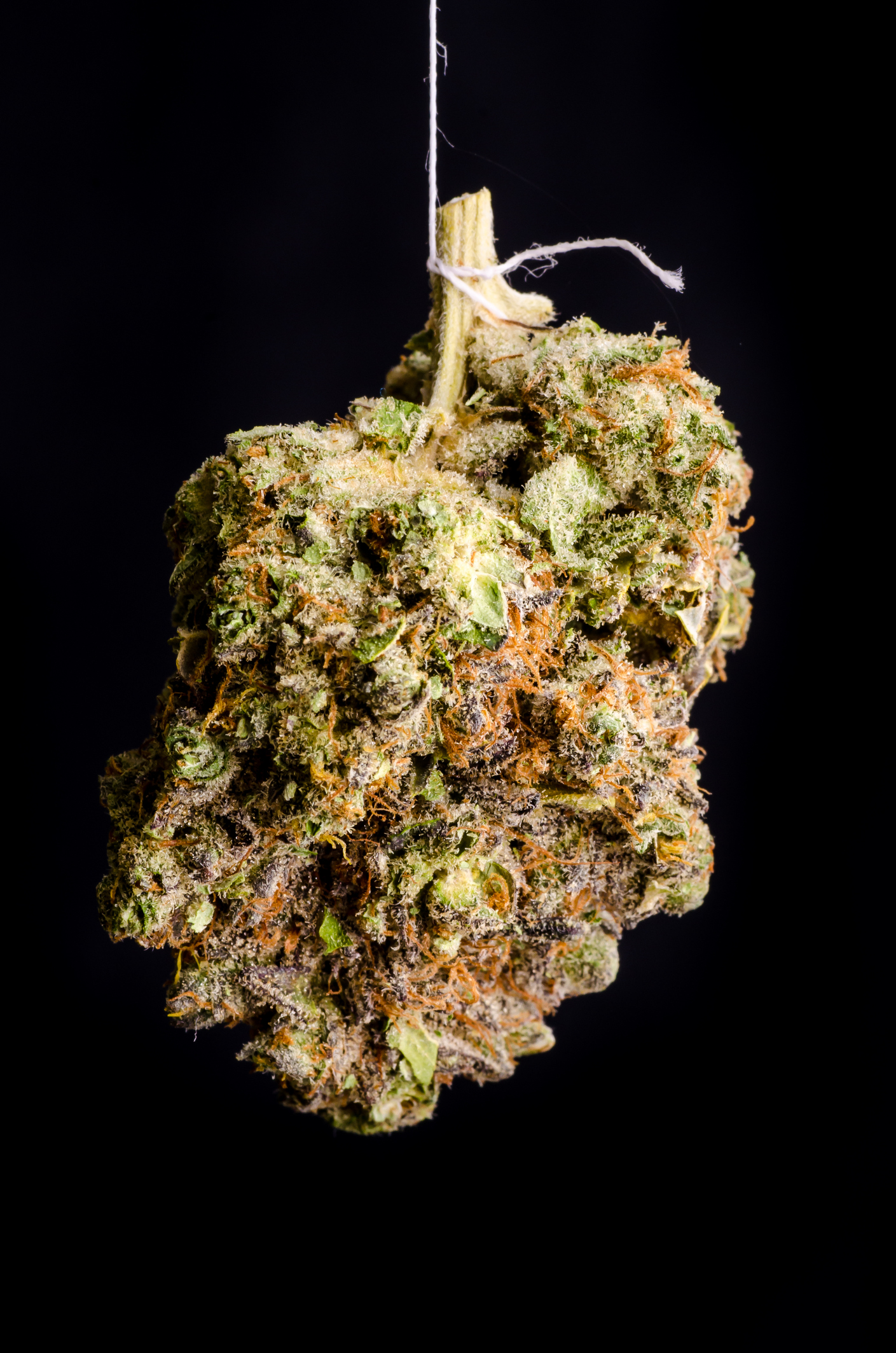 [Editor’s Note: Check out what’s selling the best and why from California’s top budtenders.]

Four of the state’s most notorious dispensaries weigh in on last year’s consumer habits and trends, as well as what to expect on this next THC trip around the sun.

Today, shopping for cannabis in California offers more options than ever before. As dispensary shelves grow heavy with a myriad of products that range from dog biscuits to bath bombs, knowing what people in the country’s largest recreational pot market are purchasing — and why — may provide vital clues in our efforts to predict the industry’s future.

Following California’s first full year selling recreational cannabis, owners of top dispensaries in San Francisco, Oakland, and Los Angeles — Barbary Coast, SPARC, Harborside, and Medicine of the Angels (MOTA)— kindly agreed to discuss their observations and predictions with MERRY JANE. The conversations offered intriguing insights about what items are growing in popularity, and the shifting demographics of the customers they’re seeing each day.

Interviews have been edited for clarity and length.

MERRY JANE: What were the most popular products purchased at your dispensaries in 2018? Do you expect those products to continue to be bestsellers in 2019?

Jesse Henry, Executive Director of Barbary Coast (San Francisco): Flower and preroll are the biggest sellers, followed by cartridges, edibles, extracts, and topicals. This has been the trend more or less for a few years now, and I expect it to continue.

Erich Pearson, CEO of SPARC (San Francisco, Sebastopol, & Santa Rosa): Our top three categories for 2018 were flowers, edibles, and cartridges (in that order). We have seen customers lean towards lower THC and higher CBD items in all categories as many new cannabis customers have not used cannabis in many, many years — if ever — and are worried about how high THC items will affect them. We expect this trend to go on for quite some time as the market matures.

Steve DeAngelo, CEO of Harborside (Oakland & San Jose): Flowers still were the bestselling category, but [vaporizer] carts have been moving like crazy and are just about even with flowers (each about 31%). Gummies have pretty much knocked off most other types of edibles into “slow seller” categories.  Even though chocolate had a higher percentage for the year overall — and tinctures were also up there — if you just look at Q4, you can see they are starting to make more and more of an impact.

Luis Bobadilla, President of Medicine of the Angels (Los Angeles): I think with the advent of adult-use, the big transition has been the ever-growing share of the vape portion of the market. That’s the big one we’ve seen. Speaking to a few years ago, when vapes where a blip, they were still a piece of the business, but marginal. Edibles have now grown into a significant portion of the business, too. One reason is that the edibles market fragmented in the sense that high-dosage, medical consumers now buy their stuff from the black market. I think the restrictions on potency, on packaging, and the costs associated with them have driven the old medical consumers away, and they’ve been replaced by adult-use consumers who are interested in micro-dose, lower THC things. Edibles are still there, but it’s now different products that make-up those sales. We’ve lost the medical people, but somewhat replaced them with a micro-dose, adult-use consumer. 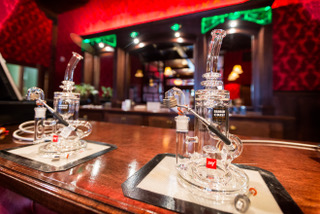 Above, a photo of Barbary Coast’s consumption lounge by Nick Wadler

Acknowledging that every person wants something a little different, did you notice any trends in flower sales specifically in 2018?  Are people drawn to “name brand” strains like Willie Nelson’s Willie’s Reserve line?

Jesse Henry / Barbary Coast: At Barbary Coast, we see a lot of tourists because of our downtown location and our consumption lounge. The customer base is still pretty new, so what we’re seeing is a lot of customers that have never tried cannabis or have had very limited experience. So they’re really trying things for the first time. As the market matures, there will definitely be a draw to specific brands.

Erich Pearson / SPARC: We have not noticed customers leaning towards brand names of high-profile individuals, rather than by cultivator. SPARC has been labeling its strains by cultivator for quite some time, as this helps with associating quality and price levels for the customer. By knowing the cultivator, customers can make better purchasing decisions. If there is a strain that they love and we happen to be out of stock, they know they can get the same level of quality and care they have become accustomed to by selecting another strain grown by the same group.

Steve DeAngelo / Harborside: Absolutely. Our flower is generally from our farm (or something we processed in-house), and prepack is branded flower we receive from outside sources. You can see that prepack items make up the large majority of flower sales as a whole, with branded pre-rolls also taking up a big chunk, and items we process in-house (mostly just our farm stuff) that is “white labeled” with Harborside logos is only 15% of the total in the last six months.

Above, an infographic of Harborside sales data, courtesy of Stevev DeAngelo

Luis Bobadilla / MOTA: In our experience, nobody cares about brands yet. Willie’s Reserve? Nobody cares. I think the best parallel might be wine. If Francis Ford Coppola’s wine wasn’t any good, nobody would care that it was by him. 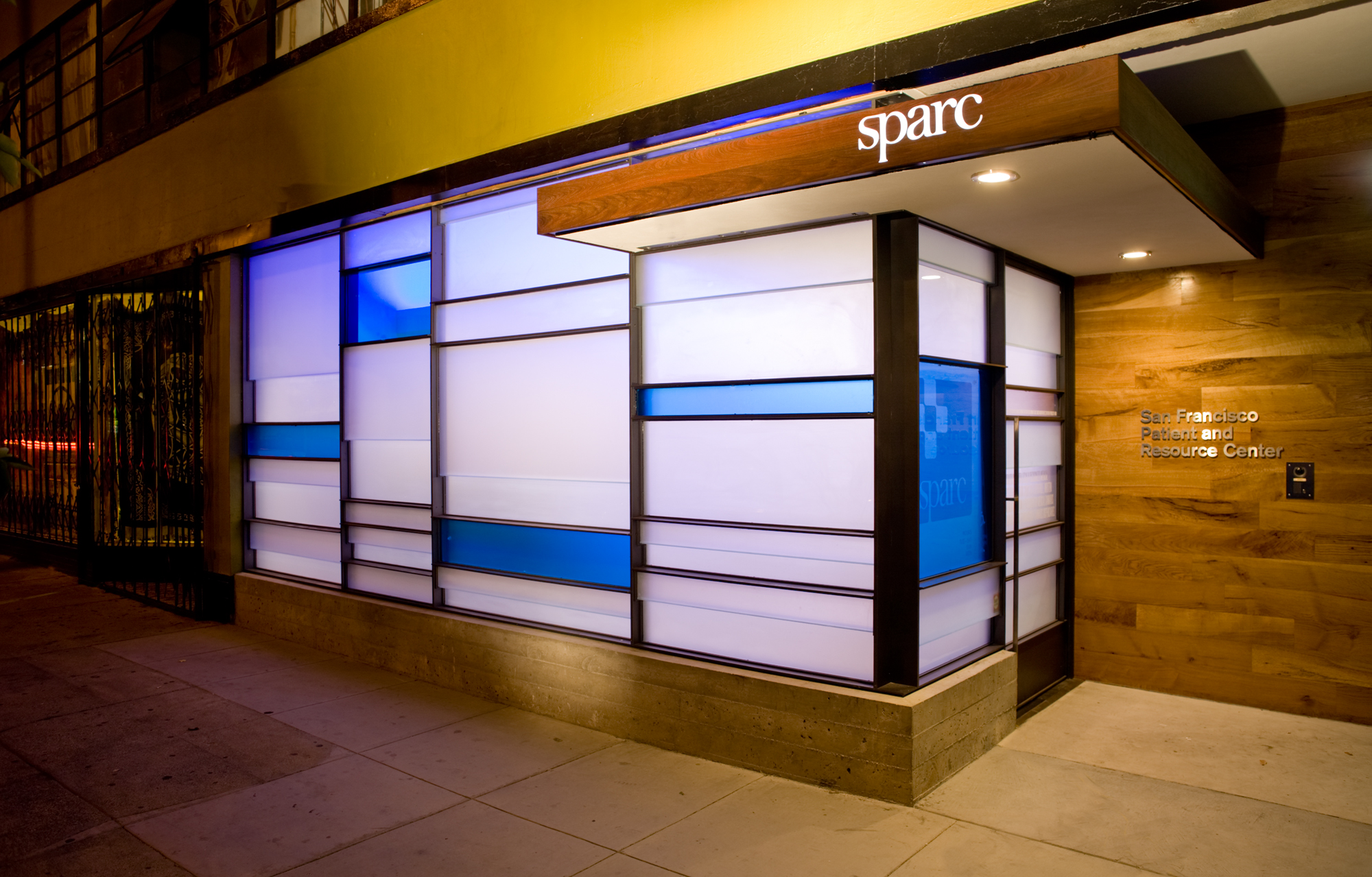 A photo of SPARC’s entrance in San Francisco

Are people starting to ask more about the origins of flowers, like what farm they came from?

Jesse Henry / Barbary Coast: It’s definitely going in that direction. There hasn’t been enough time on the market for specific farms to establish themselves to customers. But people are definitely asking about the quality of the farm and how the product was grown.

Steve DeAngelo / Harborside: Our retail general managers are better to answer this one, but new laws require that it be printed on the package so consumers don’t have to ask. Consumers are not more concerned with the origin than they used to be. Honestly, new consumers don’t care much — they are looking at the effect of the strain. They want it to feel a certain way or cure something they have. The original heads still ask every time, though.

Luis Bobadilla / MOTA: I think we now have a two-fold, bifurcated market. Old medical users still want a certain threshold of potency. I think the medical flower smokers have gone away. They’re being replaced by a broader demographic that’s really driven by how it’s going to make them feel, and [this group] also has a tendency to want much lower potency products. 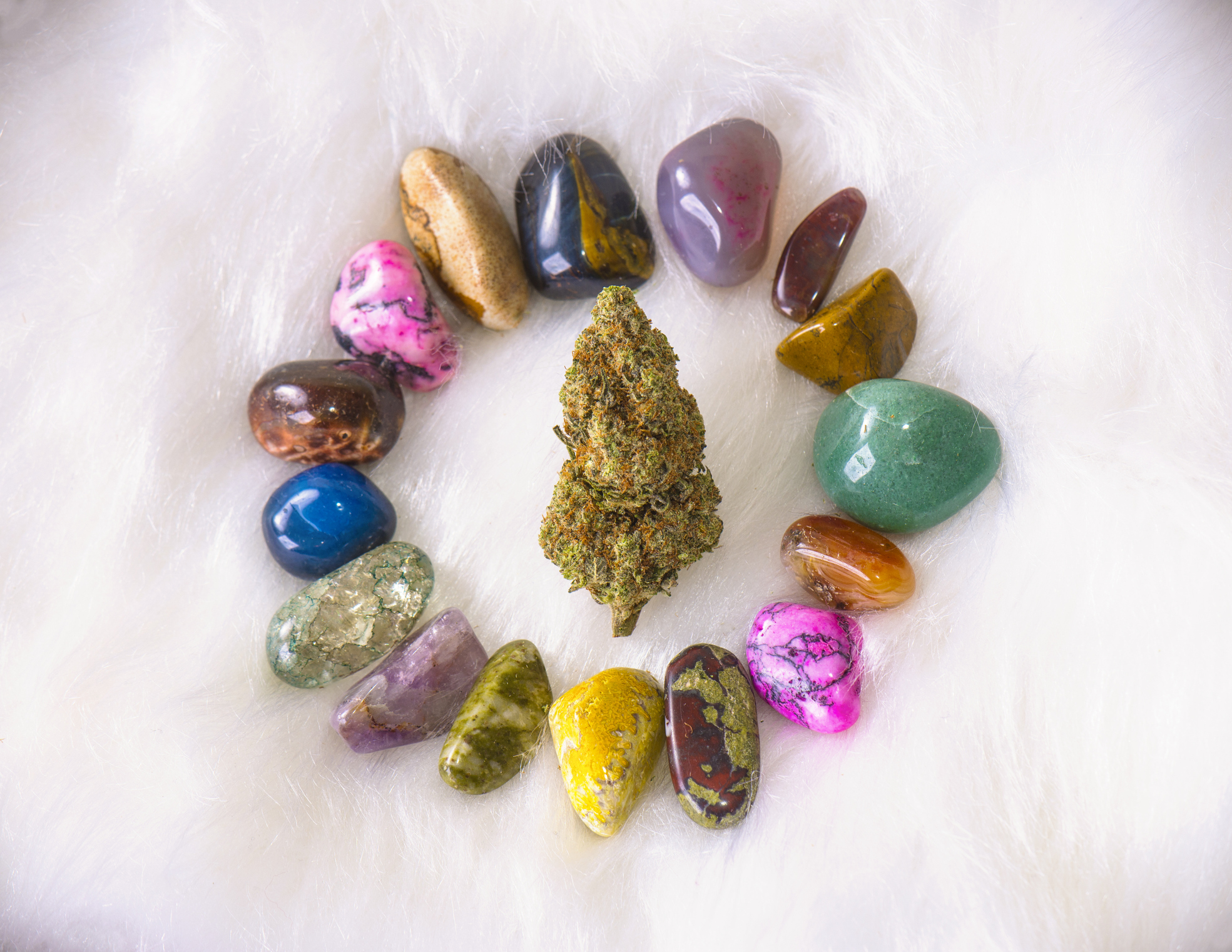 Prices have fluctuated pretty drastically since California’s recreational market officially got underway.  On average, how much flower are people buying?

Jesse Henry / Barbary Coast: Currently, eighths are the most available and comprise at least 90% of loose flower inventory. But pre-rolled joints are very popular, as well. Those two account for about 50% of sales for us. The other half consists of a combination of cartridges, edibles, topicals, and extracts. Of those, cartridges are definitely the most popular.

Erich Pearson / SPARC: On average, customers are buying one gram to an eighth of flower at a time. While many manufacturers are not packaging grams, our vertically-integrated manufacturing team is. This allows members to purchase more strains per visit in smaller weights to see which types of cannabis work best with them. Many of our customers are looking for smaller amounts, as they only use cannabis on special occasions or want to see how it will affect them before purchasing larger amounts. We appreciate the ability to offer smaller amounts to these customers so that we can work with them on finding the right items for them, creating a sense of trust so that we see them return.

Steve DeAngelo / Harborside: Overall, transaction size has decreased by about 20 percent, which we believe correlates directly with taxes and clone limits. Customers could previously buy 99 and now can only get 6. Although [Proposition] 215 allowed people to buy eight ounces, most of our customers were not actually doing that, so I don’t think the one-ounce limit is making as big an impact (except for during sales). When we did cheap ounces, customers were maxed out [after buying] a single item. So we think it might be better to do cheap half ounces to allow for more add-ons for every transaction.

Luis Bobadilla / MOTA: We don’t have ounce customers anymore. Joints are a much higher-selling item than in the past, and I think that speaks to exactly that. The average purchase is just way lower. 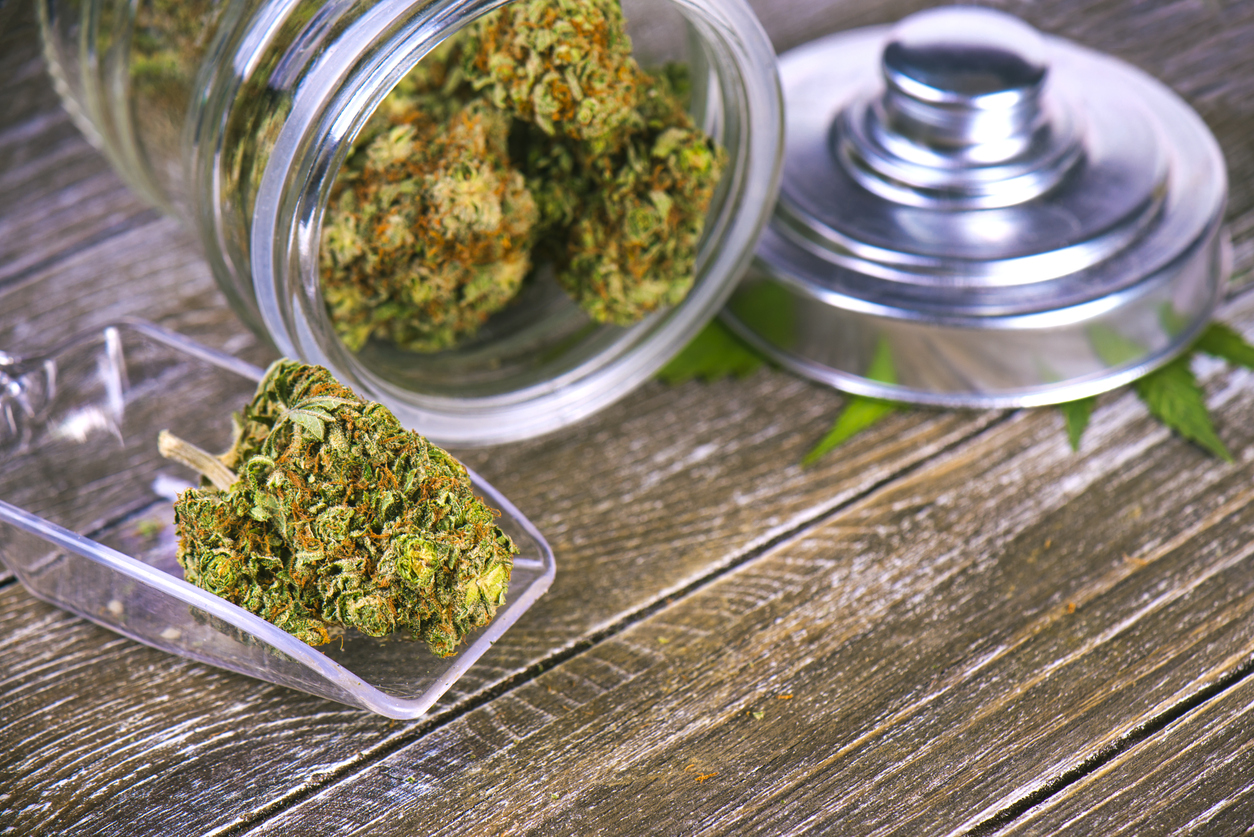 Crystal balls are of limited value when it comes to predicting the cannabis industry, but do you have any feeling for what types of strains you expect to be big sellers in 2019?

Jesse Henry / Barbary Coast: It’s hard to say. It will probably take the market another few years to balance out, in terms of the brand-new recreational customer versus the long-time patient who has a different tolerance.

Erich Pearson / SPARC: Strains that are robust in flavor have always been big sellers, and we don’t anticipate that to change. Many customers still use the age-old saying, “the nose knows,” meaning that if a strain smells good to you, there’s a high probability that you will like it. We have noticed, and anticipate, that items lower in THC have become and will remain big sellers. This is a big change from the medical market, where everyone wanted as much THC as they could get.

Steve DeAngelo / Harborside: I’m not sure of any one specific strain. Lemon-y strains seem to be making a comeback. Same with fruity, cookie kinds of crosses — honestly lots of companies are coming in with some awesome strains. I think the differentiator is more so the brand/cultivator than the specific strain.

Luis Bobadilla / MOTA: It’s like a wine sommelier versus people who are happy to have a glass of wine at dinner — there’s a much different level of engagement now. That’s the big change: the transition of who the customer is now. Medical patients in California were accustomed to a given price structure and a value proposition in so far as the cost of a milligram of THC. They’re much more substantial users, whether it was vapes or wax or shatter or flower or edibles or whatever. They were the largest consumers. The state, with its regulatory oversight and the price differential driven by taxes, has completely alienated that customer, who is now serviced by the black market. Our shops are now frequented by new, marginal-use customers. 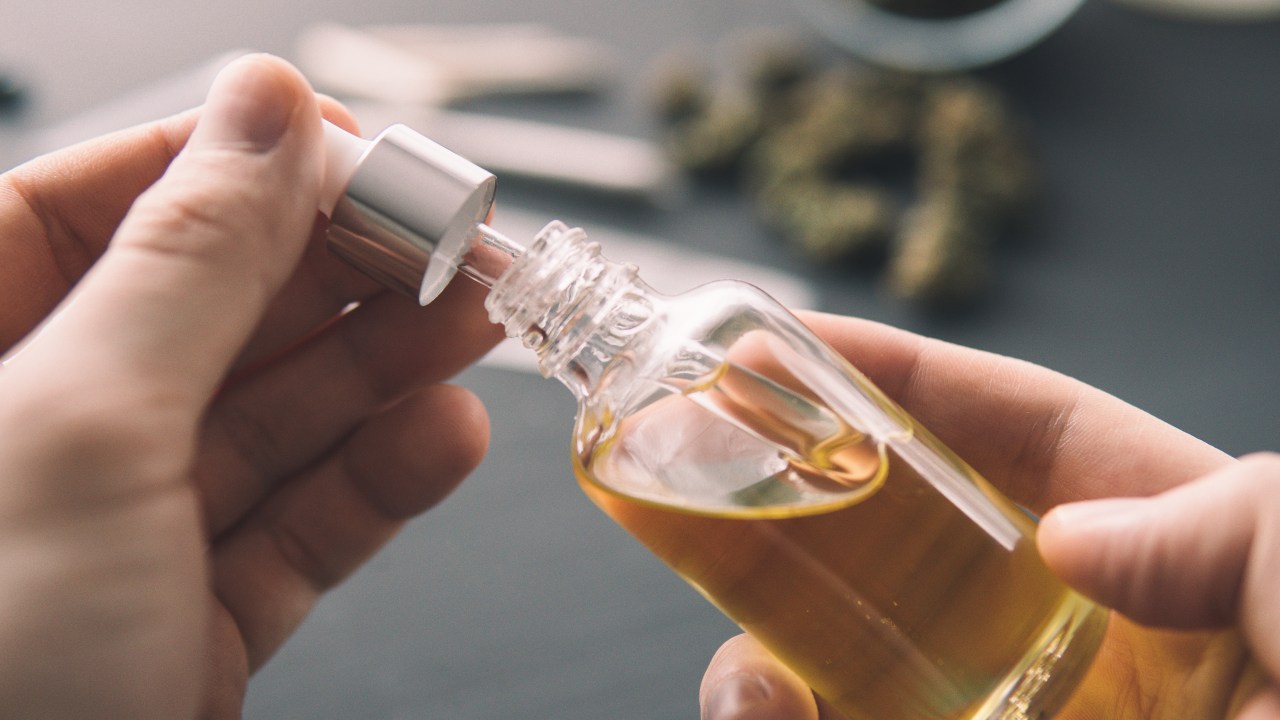 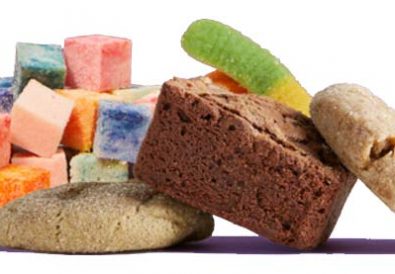 These Cannabis-Infused Teas Are the Classiest Way to Get High