Cracking vs Cutting: The Subtleties of Blunt Preparation

There are a lot of different ways to light up these days. From dab rigs to vape pens, there’s a world of ways to get high without smoking. But for many an old head, smoking is still an intrinsic part of the experience, and to scratch that itch, nothing really beats a good old-fashioned blunt. The taste of tobacco, the slow burn that holds a cherry until you’re ready to puff it… smoking a blunt has a certain kind of style to it that is unmatched. But despite what Method Man would lead you to believe, there’s more to it than “roll that shit, light that shit, smoke it.” There’s more than one way to skin a cigar, and not everyone agrees on the best method. In fact, right off the bat, there’s a stylistic decision to be made: are you unwrapping this blunt?

As long as the blunt is fresh, you can turn up a corner and unspool the outer leaf, usually with a knife. This is recommended for beginners, because after you roll the cigar paper into a joint, you can use this outer leaf as a second layer, effectively wrapping it twice and guaranteeing a nice tight wrap. The other recommended time for unwrapping is if you’re rolling with not-so-killer weed and you’ve got dutch masters. Those giant suckers are made for this method — their outer leaves slide off easily — and if the weed ain’t great, the resulting extra tobacco will help cover that dirt-weed flavor and add to the buzz. (Don’t forget to remove the “cancer paper”!) But those two scenarios are just about the only ones where unwrapping the blunt like an ancient mummy makes any sense.

Pro tip: if you are going to go this route, wrap the outer leaf around a soda or beer can while you do the rest. It will keep the wrap moist and since you’re already turning this simple operation into a three-ring circus you might as well go for it. Photo: Sam Roos/ High Times

So, assuming you’re not trying to disassemble the whole cigar, there’s only one way to start prepping your blunt: Lick it. Yup. Like a popsicle. A couple of times. Nope, that wasn’t enough times. More times. Get your mouth on it. Down. All the way down. You’re going to have to get pretty orally fixated on that bad boy. Even with the freshest blunt, you’ll want to get it at least a little damp in a straight line tip to tail. That’s where you’re going to cut it open. Which brings you to your next choice: cracking or cutting?

The main argument for cracking is that, if done right, you can do it anywhere, without any tools. Out on the town? Well, if you’ve got weed, two dollars, and access to a gas station or bodega, you’re about to be the hero of the evening when you crack a grape game and make blunt magic on the spot. Plus, it’s cooler to crack it. It just is. It makes you looked like a seasoned pro, and that’s why people who crack look down upon people who cut, who we’ll get back to. For now, let’s look at how to crack your blunt.

After your single lick, you put your thumbs together at the tip of the blunt and try and start a small rip at the top of your lick-stripe. Just a little itty bitty one, like you’re trying to open to the middle of the smallest book you can ever imagine.

Like the book has only one letter on each page. Photo: Sam Roos/ High Times

Then scooch your thumbs down as you pull, slowly tearing it open. Carefully, though; how much can you trust your thumbs, you know? How many times have those same thumbs led a Mario brother to his doom? If you rip the blunt unevenly, you’ll need an M.D. in blunt surgery to bring the patient back to functionality, and even then, saving a ruined blunt takes forever and often results in an uneven smoke with more canoeing than at a summer camp in Maine. If you mess up—hey, it happens to everyone—go get another one and start over. This is why they come two in a pack. This is also why some people prefer to cut their blunts with a knife.

An all too common fate— a ripped blunt. Photo: Sam Roos/ High Times

By using a knife instead of the tiny book thumb method, you guarantee yourself a clean line. A serrated steak knife seems to work best to me, but any knife, pair of scissors, razor blade, or samurai katana will do. Of course, you need to have one of these with you, and unless you’re the type that carries a Leatherman around with you everywhere, tracking down a blade in the wild can be a challenge.

Even if you’re at home, it means getting off the couch, which, ugh. Still, once you have the tool, life gets a lot easier. Because once you’ve cut it open (don’t forget to lick first!) and discarded the blunt guts, you just pinch the two layers together where they’re wet with your spit and you’ve got a blunt rolling paper that you can twist up just like any other joint. You can even add a crutch or a filter, which is not traditional but can be a nice addition.

The real benefit of this method is for when you have nice weed. Rather than rolling a huge fattie and wastefully twisting up $30 worth of primo bud, you can carefully apportion a nice thin green line, and then trim your paper down to just barely seal around it. The result is a little Pinner blunt with minimal tobacco flavor that enhances, not overwhelms, your tasty weed, while still giving you the slow burn that defines a blunt burning.

If you wanna feel like a goddamned blunt connoisseur and create a piece of art that would impress any Dutch master, this is the way to do it. Just know that you’re going to need a few minutes, a stable surface, a pair of scissors, and maybe a serrated knife too— not to mention weed, a grinder, the blunts themselves, and somewhere you can sit and perform this careful construction for a few minutes. Cutters can be irritatingly perfectionist, so remember, your friends are waiting for you, the Michelangelo of blunts, as you dissect the cigar like it’s a frog in high school science.

No matter how you rolled them, it’s always awesome to have three blunts ready to go. Photo: Sam Roos/ High Times

In the end, there’s really no wrong way to enjoy this tasty marriage of tobacco and chronic. All the various styles have their pros and cons. But it’s important to know your options so that when the time comes, you have the kind of blunt rolling game that could turn into a career.

The post Cracking vs Cutting: The Subtleties of Blunt Preparation appeared first on High Times.

How To Spot a Fake Vape Cartridge 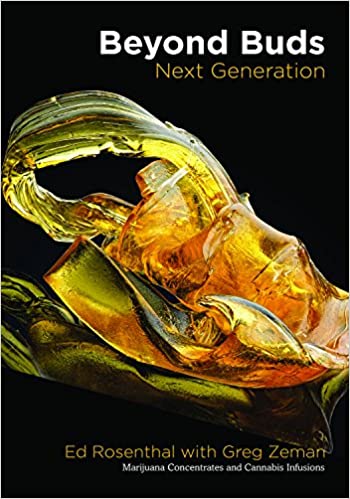