Editor’s Note: Technology advancements have improved our cannabis-use experiences. Vape pens have come a long way over the last few years, while distillates are improving our edible results.

The face of cannabis consumption has evolved far beyond pipes, papers, and the pot brownie. While the classics are still enjoyed by many, there are several products revolutionizing the way we consume weed for the better. Vaporizers are becoming more portable, infusing dishes has never been easier, and there are a few innovations we have to thank for that.

Cooking with Cannabis can be Easier

The world of cannabis cuisine completely changed with the introduction of distillates. In the world of weed, distillates are made by refining concentrated cannabis oil to remove impurities and further isolate cannabinoids. Compounds that produce the aroma and flavor of cannabis like terpenes and flavonoids are removed during the distillation process. The lack of flavor makes it easy to dose dishes without adding a strong weed taste to every bite.

Additionally, having a distillate helps you skip the decarboxylation process. That means you won’t have to stink up your whole house or apartment trying to cook up some cannabutter that might not even work.

Furthermore, unless you’re lab testing your flower and product during the process of making cannabutter, it’ll be hard to tell how strong the final product is anyway. With a lab tested syringe of distillate, it will be much easier to know exactly how much THC or CBD is in each meal.

If you live in a place with medical or recreational cannabis, it shouldn’t be difficult to get your hands on a syringe of distillate. You can also dab your distillates but the effects can feel different from smoking or dabbing other products that have the full spectrum of cannabinoids and terpenes typically found in the plant.

If you lack access to distillate or enjoy cannabutter, there is now a product that simplifies the decarboxylation process. The Ardent Nova Decarboxylator was designed to fully activate your product’s THC content at home. The Nova creates less smell and less mess than the process of making cannabutter. Put up to 1 ounce of flower or 5 ounces of kief in, wait for 2 hours and you can sprinkle the finished product on any food or eat it raw to get medicated. Every device comes with instructions on understanding dosage based on personal needs.

Vaporizers for dry herbs have made it easier for consumers to taste and make the most of their cannabis flowers. However, dry herb vaporization hasn’t changed much since Storz & Bickel introduced the Volcano, Crafty, and Mighty vaporizers. Portable dry herb vaporizers have gotten slimmer over time, but the efficiency hasn’t improved much if at all.

On the other hand, daily dabbers have struggled to find a device that accurately mimics the experience of a proper low-temperature dab. The original vaporizers for concentrates had red hot coils powered by cheap batteries. They may have made consuming concentrates on-the-go less of a hassle but efficiency took a major hit. On top of tasting burning oil, it took much more of your stash than it would have with a nail, torch and dab rig for the same effects.

About a year ago, Puffco introduced the Peak, which was the first concentrate vaporizer to actually bridge the gap between convenience and quality. It only took one dab out of the device to tell that it was a game changer. It had the flavor of a perfectly-timed low-temperature dab without the torching, waiting or timers.

Much like their extremely portable Puffco Plus pen, dabs are loaded into a ceramic cup instead of being loaded directly onto a heating element. Two taps on the device’s only button will heat it up. Single clicks allow you to toggle through four different heat settings with the option to double tap and “boost” during a session for larger dabs. The device can also automatically adjust the amount of heat if things are still hot from the last dab.

The company has also released several attachments and accessories to make the Peak the ultimate companion for traveling dabbers.

A few months ago, Dr. Dabber introduced a device that could handle all of a cannabis consumers vaporization needs. The Dr. Dabber Switch effectively vaporizes oils with the option to vaporize dry herbs as well. You won’t have to plug the Switch into a wall for it to operate but you’ll have a harder time carrying it around when compared to the petite Peak.

However, the Switch shines with a wider range of temperature options, shorter heat up times, a longer battery life, a quartz cup option and the ability to deliver consistent hits without the need to eventually purchase $40 replacement atomizers. When it comes to cost-effectiveness, consistency and versatility, the Switch excels.

If you’re not planning to travel with it frequently, the Switch is the ultimate replacement to the complications presented by butane-filled torches. With a Switch, you’ll be done cleaning the dab off with a Q-tip before you’d even start dropping the dab with a traditional low-temperature dab on certain quartz bangers.

THC cartridges have made traveling and consuming cannabis easier than ever before. To make cartridge vaporizers stealthier and sleeker, the makers of Juul vaporizers brought their pod-based vaporization technology to their PAX Era device without the nicotine content. Instead, PAX Era pods are filled by various producers of cannabis oil.

The PAX Era is also smartphone compatible. With the PAX app, colors and temperatures can be adjusted. You can also control the size of each hit in case you prefer microdosing throughout the day.

We’ve been finding ways to improve cannabis consumption well before its use was acceptable. As the plant becomes legal in more places, more minds are coming together to find more efficient ways to consume cannabis products. As consumption methods continue to improve, we’ll happily research and document the evolution. 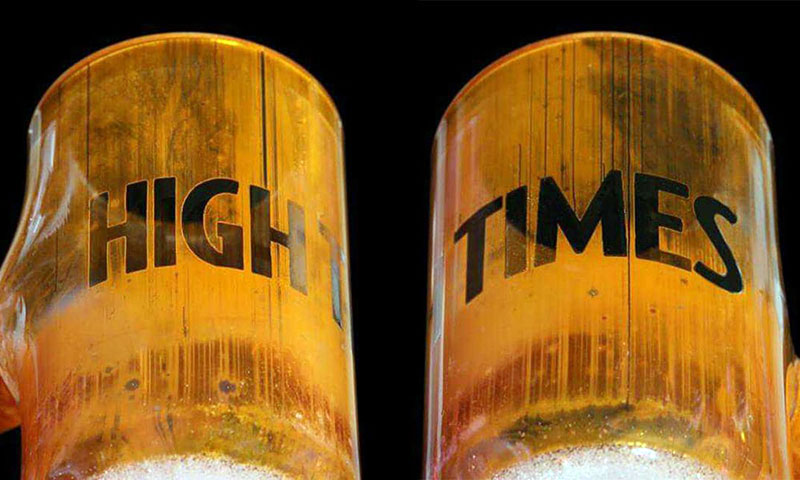 It’s Time to Tone Down the CBD Hype