Cannabis oil is in the headlines again, especially in the UK. Having lagged behind most of Europe and the US in terms of taking full advantage of the medical potential of cannabis, the UK is now in the throes of considering cannabis rescheduling.

The population is attempting to come to terms with everything from CBD products suddenly appearing in health food shops to full spectrum cannabis oil now being permitted for two children with epilepsy.

All this is taking place against a backdrop of the news that the UK is the world’s largest exporter of medicinal cannabis, shipping out over 2 tonnes in 2016 alone. This figure is dwarfed by the amount produced in the UK in the same year, a massive 95 tonnes. In a twist that would seem far-fetched in a novel, let alone a newspaper, 45 acres of cannabis is being grown by British Sugar.

The managing director of British Sugar is Paul Kenward. He’s married to Victoria Atkins. She’s the UK Parliamentary Under Secretary of State for Crime, Safeguarding and Vulnerability, which means she’s responsible for drug policy. And yet, in the UK cannabis is still scheduled as a Class B drug, defining it as having no medicinal value!

Why is it so important to know the difference between CBD oil and cannabis oil?

There are various important differences between cannabidiol, or CBD, oil and full spectrum cannabis oil. They range from how the two types of oil are made, to their legal status, and most importantly their effects on the human body. It can be tricky to stay on top of all the developments and differences in the rapidly evolving field of cannabis, even in a country where it’s more or less legal.

In the quagmire of partial information, misinformation, and flat-out falsehoods about cannabis that is the state of play in the UK and Europe, it is no surprise that there is confusion about the difference between CBD oil and full spectrum cannabis oil. What is deeply worrying is the potential harm that can come from people thinking that they can treat serious afflictions using regular CBD products.

(The impetus for this article came from a comment, on a news story about full spectrum cannabis oil, from a person who thought they would be able to cure their father’s cancer with 3% CBD oil from a health food shop.)

CBD is an astonishing cannabinoid, but in its current commercially available form it cannot cure cancer, stop epileptic seizures, or accomplish the kind of major feats that full spectrum cannabis oil sometimes can.

What is in CBD oil?


There are obviously many different CBD products flooding the market right now, and generalising about their composition is not as useful to our readers as being specific about the Sensi Seeds CBD range.

The cannabidiol used for Sensi Seeds products is blended with organic hempseed oil, both ingredients sourced from industrial hemp plants grown in the EU. To offer the most convenience, Sensi Seeds CBD oil comes in capsules; mixed with coconut oil, for a milder flavour; and in original form with a dropper for dosing.

The most important component is the cannabinoid CBD, or cannabidiol. CBD is not psychoactive, but it does have relaxing and anti-anxiety properties. The main difference between CBD oil and full spectrum cannabis oil is that cannabidiol is the only cannabinoid in CBD oil.

What is in full spectrum cannabis oil?

Full spectrum cannabis oil, or FSO, contains the complete range of cannabinoids and terpenes that can be extracted from cannabis. These are the components that are known to have medicinal properties, many of which are still being researched and explored. FSO also contains the flavonoids and other compounds that give cannabis its unique flavour profiles.

The main difference between FSO and other extracts such as shatter and wax in terms of the content is that these compounds are carefully included rather than lost during the filtration process.

Legality of CBD oil and FSO

The legality of both CBD and FSO is still being refined, debated and flat-out argued about in various countries around the world. CBD is fully legal in areas of the US where cannabis itself is legal. In the UK and EU, CBD products are legal as food supplements.

However, it is important to note that they cannot be sold as anything other than food supplements without the approval of medicinal authorities, and the certification of the retailer as a pharmaceutical business. In other words, if CBD is a medicine, it has to be prescribed and sold as a medicine.

FSO, since it contains THC, is illegal everywhere that cannabis is illegal. It must be remembered that the production process is also illegal because it involves large amounts of cannabis plants. The UK currently stands at the tipping point of crucial change, catalysed by Charlotte Caldwell. Her 12 year old son Billy needs FSO to control his frequent and potentially fatal epileptic seizures.

She brought a bottle back to England which she had legally obtained in Canada and declared at Customs when she entered the country. Seized at Heathrow Airport, her son’s vital medicine was not returned for nearly a week. It took Billy being rushed to hospital and a huge public outcry for this callous decision to be reversed.

Medicinal applications of CBD and FSO

As already stated, CBD in Europe sits in the awkward position of a substance that is not recognised as a medicine, yet undoubtedly has therapeutic properties. There are currently 2,034 results for research papers on cannabidiol on PubMed, the online resource of the US National Library of Medicine and the National Institutes of Health.

Both anecdotal and scientific evidence indicate that CBD oil can help with an extensive range of aliments including, but not limited to, arthritis, diabetes, multiple sclerosis, post-traumatic stress disorder, depression, and epilepsy. Research continues apace, so it is certain that this list will continue to grow.

As mentioned above, the characteristic that really sets full spectrum cannabis oil apart from CBD oil (and indeed, all other types of cannabis and hemp oil) is that it contains all of the bioactive compounds of the buds it is made from, so that the entourage effect – a phenomenon that is still not fully understood – is not lost, but concentrated.

This is why it is especially effective for children, as the ease of administering oil is obviously much greater than that of administering cannabis buds, and the dosage can be far more accurately calibrated.

How are CBD products made?

All Sensi Seeds CBD products start with CBD oil, which is perhaps unique among CBD oils in that Sensi Seeds has complete oversight and quality control over every stage of the manufacturing process, from seed to final item. The whole process is detailed here (with a great animation!). A crucial difference between Sensi Seeds CBD oil and other cannabis oils is the extraction process, which is accomplished with supercritical CO2 rather than solvents.

How is full spectrum cannabis oil made?

Full spectrum cannabis oil is also made without the use of solvents. Because all types of cannabis oil still exist in an unregulated market, it is difficult to say what the standard method is for them. There are methods which use very strong alcohol, and even butane. The latter was used for the earliest versions of cannabis oil but has since been surpassed.

The most modern and effective techniques are the ones that retain all the 500 plus bioactive compounds that ripe buds of cannabis contain, not just the cannabinoids. These techniques and the equipment needed to achieve them are still very limited in their availability. Unfortunately, full spectrum cannabis oil is not something that can be made in a domestic kitchen.

As legislation advances to allow access to more sophisticated and therefore more effective medicinal cannabis products, it is to be hoped that more and more laboratories open up to producing true full spectrum  cannabis oil.

Which one is right for you?

This is the question that, unfortunately, we can’t answer. If you are interested in knowing more about what cannabinoids can do for your health, exploring the many articles on this blog about the medicinal use of cannabis is a good start. This article was specifically written for doctors and other clinicians as an introduction to cannabinoids; it could serve as a good foundation and starting point for discussions with your healthcare provider.

As with all changes you are considering making to your diet or healthcare routine, always consult a qualified medical professional first.

5 Cannabis Strains For Celebrating the Holidays 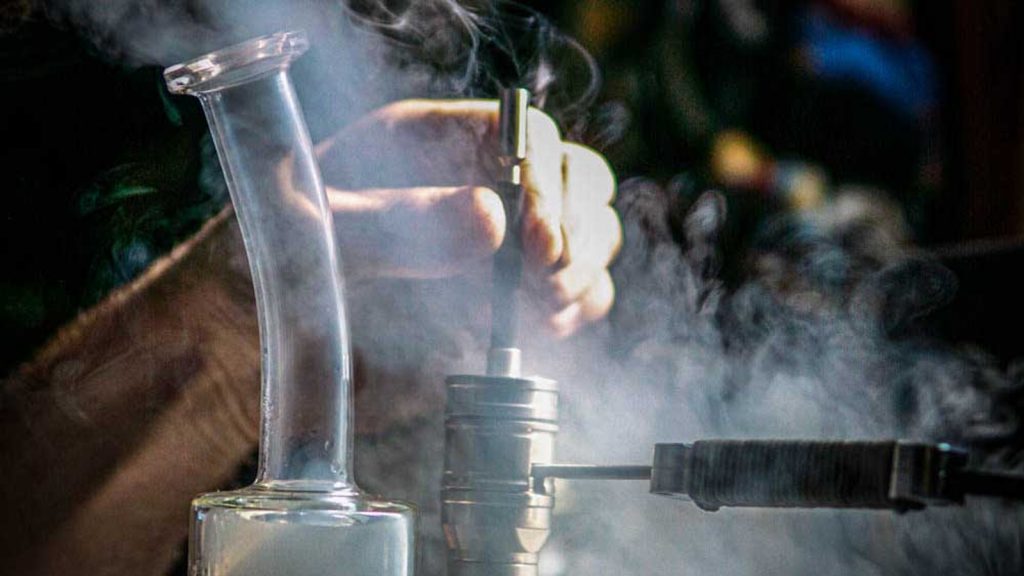 Everything you need to know about the FlowerPot Vaporizer