As both recreational and medical cannabis legalization continues to progress across the country, each state is tasked with developing regulatory requirements to ensure that customers and patients receive clean cannabis for consumption. This requires cannabis to undergo laboratory testing that analyzes the presence of microbial impurities including yeast and mold.

Some states, such as Colorado, Nevada, Maine, Illinois and Massachusetts use total yeast and mold count testing (TYMC) and set a maximum yeast and mold count threshold that cultivators must fall below. Other states, such as California, require the detection of species-specific strains of Aspergillus mold (A. fumigatus, A. flavus, A. niger and A. terreus), which requires analyzing the DNA of a cannabis sample through polymerase chain reaction testing, also known as PCR.

Differences in state regulations can lead to different microbiological techniques implemented for testing.Before diving in further, it is important to understand the scientific approach. Laboratory testing requirements for cannabis can be separated into two categories: analytical chemistry methods and microbiological methods.

Analytical chemistry is the science of qualitatively and quantitatively determining the chemical components of a substance, and usually consists of some kind of separation followed by detection. Analytical methods are used to uncover the potency of cannabis, analyze the terpene profile and to detect the presence of pesticides, chemical residues, residuals solvents, heavy metals and mycotoxins. Analytical testing methods are performed first before proceeding to microbiological methods.

Microbiological methods dive deeper into cannabis at a cellular level to uncover microbial impurities such as yeast, mold and bacteria. The techniques utilized in microbiological methods are very different from traditional analytical chemistry methods in both the way they are performed and target of the analysis. Differences in state regulations can lead to different microbiological techniques implemented for testing. There are a variety of cell and molecular biology techniques that can be used for detecting microbial impurities, but most can be separated into two categories:

Among states that have legalized some form of cannabis use and put forth regulations, there appears to be a broad consensus that the laboratories should test for potency (cannabinoids concentration), pesticides (or chemical residues) and residual solvents at a minimum. On the other hand, microbial testing requirements, particularly for mold, appear to vary greatly from state to state. Oregon requires random testing for mold and mildew without any details on test type. In Colorado, Nevada, Maine, Illinois and Massachusetts, regulations explicitly state the use of TYMC for the detection of mold. In California, the recently released emergency regulations require testing for specific species of Aspergillus mold (A. fumigatus, A. flavus, A. niger and A. terreus), which are difficult to differentiate on a plate and would require a DNA-based approach. Since there are differences in costs associated and data produced by these methods, this issue will impact product costs for cultivators, which will affect cannabis prices for consumers.

New study finds no evidence that cannabis helps long-term pain, is it true? 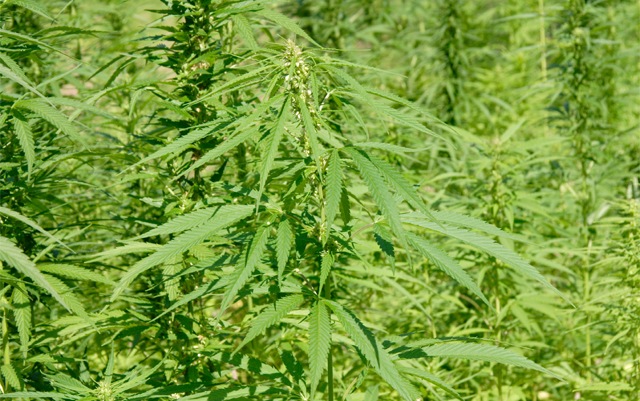 Hemp vs. Marijuana – The Main Difference You Need To Know

How Sharmila Clee Got Off Valium With Plant-Assisted Therapy