[Canniseur: Please read this important information about false reports. Cannabis can help with symptoms, but current research has NOT proven cannabis cures cancer.]

Online searches for cancer cures is leading desperate people to be deceived by fake news about cannabis. The good news just isn’t there yet.

Joy Smith lives in the United Kingdom, where — up until last fall — cannabis was illegal in all applications (and, despite some advances in drug-policy reform, remains prohibited on a practical level). In 2016, Joy Smith was diagnosed with late-stage pancreatic cancer and given six weeks to live.

In pain, desperate, Smith supplemented her chemotherapy with cannabis oil — full-spectrum Rick Simpson oil, THC and all, which she had to break the law to obtain.

You probably know where this is going. In 2019, Joy Smith is alive. Her cancer is no longer terminal. Smith credits cannabis oil for her remarkable turnaround. She credits the medicine for saving her life, for “curing” her cancer.

Which means — sorry, but it’s true! — that Smith is also a bit of a bullsh*tter. And whether she knows it or not, she’s making it easier for many other much more unscrupulous and vile bullsh*tters to prey on susceptible and desperate people.

Cannabis absolutely appears to help people suffering from cancer. Cannabis helps them sleep, cannabis helps them eat, cannabis is good for pain. Cancer causes pain, cancer treatments like chemotherapy can make it difficult to eat, and stress and anxiety are hell on sleep, which the body needs to heal. These are observations supported by research as well as anecdotes.

But treating symptoms or side effects is different than treating the disease. Does cannabis do that? Maybe! But we just don’t know yet.

Yes, there is that Guzman study, in which THC was found to shrink tumors in rats. Yes, there are plenty of people who are using cannabis as part of their cancer treatment and having success. But is it chemo and cannabis, radiation and cannabis? Does cannabis make the conventional treatments more successful, or just easier to handle? Is it THC, is it CBD, is it a particular terpene? Is it good for this cancer, or bad for that one?

The only honest answer is that we don’t know. We don’t, because nobody knows — not researchers, not physicians — and anyone saying they know for certain is full of sh*t and probably selling something.

As some medical researchers observed in a recent article published in the journalCureus, the internet is full of such charlatans in search of easy prey — and whether terminal or not, cancer patients and their families appear especially susceptible to such flummery,

Siyu Shi, Arthur Brant, and Erqi Pollom are radiation oncologists at Stanford University, which is located in Palo Alto, California. That’s in the Bay Area — that is, one of the most marijuana friendly regions in the world. Aaron Sabloch is also a radiation oncologist, in Portland, Oregon, also a legal state with a thriving cannabis industry.

Troubled by promises of cancer treatment proliferating online (possibly the marijuana world’s most pernicious example of “fake news”) the oncologists took a look at some internet search trends and found that over the past seven years, there’s been a marked increase in the number of Google searches for cannabis and cancer.

Fulfilling this need, several questionable websites that source poorly or not at all have posted content that’s gone absolutely viral — that promises, without qualification, that cannabis cured various cancers.

Of the ten most viral online stories that made these claims, at least two referenced  Smith, the researchers found. The accurate information is out there, but in what’s become a sad trend — visible during the 2016 election, and visible now — it was the fake news that went wild on Facebook and that your excitable relatives and friends won’t stop posting about.

Essentially, there’s an information war afoot on the internet about cannabis and cancer — and facts and truth are losing, bad.

It’s not at all that mainstream medicine doesn’t like cannabis. Far from it. According to the researchers, 80 percent of oncologists discuss cannabis with their patients, and 46 percent recommend using cannabis to control their symptoms.

Here’s an anecdote for you: my dad has cancer. Stage IV. Metastatic cancer. I tried to get him to use cannabis for years — years! — before he finally started taking a 1:1 gelcap mix, about 10 milligrams each of THC and CBD, before bed. He’s doing great now, but he’s also on immunotherapy and other conventional cancer treatments. Had he ditched his oncologist for cannabis, I am positive he would be dead. I believe the cannabis is helping in some how, but I have no proof for this and I cannot be sure.

Not everyone exists in a network, personal and online, that is so rational. As per the researchers, almost 40 percent of news stories shared on social media concerned alternative cures — and of these, the most common claimed alternative treatment was cannabis. That is, most stories about treating cancer in unconventional ways are bullsh*t.

“[T]he false news of a cannabis cancer cure is spreading quickly online and interest in such news stories is rapidly rising,” the research article concludes. “In the face of this concerning increase, there has been a minimal online presence by major cancer hospitals and organizations,” who have an opportunity and a challenge to present measured and accurate information.

I would like to think that Smith — who, you should remember, did not abandon her conventional cancer treatment but supplemented it with cannabis — isn’t consciously guilty of spreading false hope. I think she believes the cannabis helped. But for now, that is exactly what anyone who claims “cannabis cures cancer” is doing. 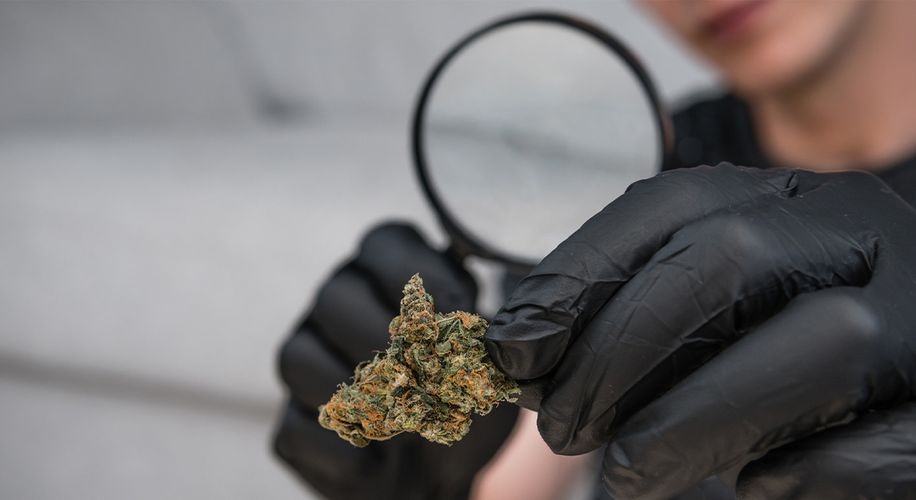