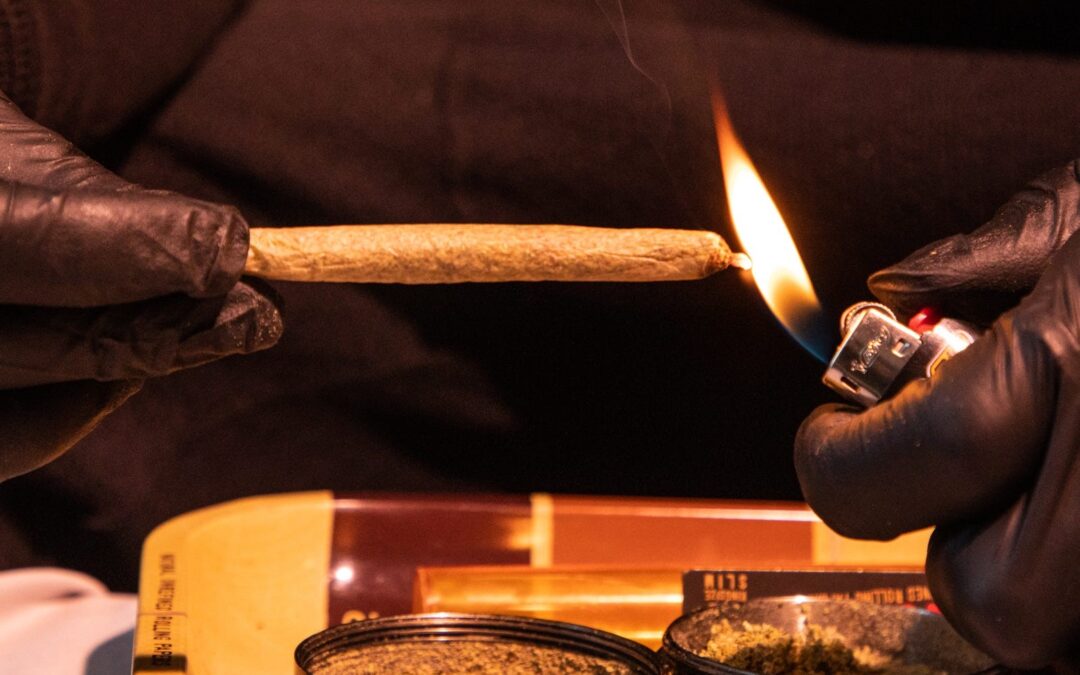 [Canniseur: This is an important story for all men whether they’re gay, bi, trans, cis, hetero, or whatever.  Here’s information about how cannabis can affect our mental state of intimacy. The subjects in this study were not straight, but still has a lot to teach all men.]

Men who consumed cannabis before sex said they had better orgasms, felt less shame afterwards, and were more emotionally connected.

People who experience anxiety and shame during sex could find benefits in using cannabis in the bedroom, according to a new study.

The small study, which was published May 28 in the journal Culture, Health & Sexuality, involved interviews with 41 men who were between 15 and 30 years old, and who didn’t identify as straight. Three of the men were transgender, 36 were cisgender, and the remainder didn’t identify with a particular gender.

The researchers interviewed these men for up to two hours about their experiences using cannabis during sex within the past year. They found that the majority of participants said that using cannabis before sex increased sexual pleasure and lowered their inhibitions, and that the substance also helped them to feel less anxious and therefore be more intimate during sex.

According to the researchers, their findings suggest cannabis could be a helpful tool for men of sexual minorities and struggle with sex stigma-related anxiety.

“In other words, the sexualized use of cannabis can help sexual and gender minority men overcome feelings of anxiety and shame resulting from internalized homophobia, biphobia and/or transphobia, so that they can more fully enjoy the sex they want,” the researchers wrote for The Conversation.

In interviewing the 41 men, the researchers found that many liked using cannabis during sex because it increased feelings of physical pleasure and made pleasurable sexual experiences that had previously been unenjoyable.

“I’m actually enjoying this for like the first time, solidly, like a nine out of ten [after taking the edible]! And then the next time I had sex without an edible, I was enjoying it as an eight out of ten. I’m like, ‘Huh?!’ So it changed something in me.”

Others said cannabis helped them to last longer in bed, or that it made typically pleasurable sensations even more pleasurable.

“I remember when I was in high school and I would have a classic routine,” another study participant told the researchers. “I would get high, I would jerk off. The best orgasms that I’ve ever had was while being high.”

The men in the study said using cannabis also affected their emotions about sex.

For gay, bisexual, and transgender men, sexual stigma can prevent them from letting their guards down during sex, but many said cannabis helped lower their inhibitions and become more intimate with their partners.

One study participant, for example, said he grew up in a conservative town and didn’t realize until he went to college in a more liberal area that he was gay.

“And I think that I carry a lot of guilt and shame about that. That is quite unfortunate,” he said.

When a researcher asked him if cannabis helped him to let go of those feelings of guilt and shame during sex, he said it did.

“And then [after sex] as well. Like, that’s when I would feel ashamed normally. But if you’re under some sort of substance then you, you know, even afterwards you feel okay,” he said.

Other respondents said using cannabis during sex helped them to be less judgmental towards themselves and other non-straight people, and that it also quelled anxiety around STI transmission.

The small nature of the study, and its focus on non-straight men from one particular region, mean that the results may not be applicable to the entire population. Nonetheless, the researchers believe their findings offer insights into how cannabis can improve people’s sex lives.

Cannabis could be a therapeutic sex tool

The researchers concluded the cannabis could be a tool for helping people, especially marginalized groups, overcome sex stigma and improve their sex lives.

They said that cannabis’ low risk for addiction and virtually non-existent overdose risk make it a better alternative to other drugs, like meth, that non-straight people may use to lower their inhibitions during sex.

The researchers also said that cannabis could be useful during the pandemic, since people are isolating from others and may be more inclined to try virtual sex.

“Cannabis may prove useful in these times to help cultivate feelings of intimacy and connectedness in virtual settings, and thus facilitate online hookups,” the researchers wrote for The Conversation.