Although marijuana remains illegal at the federal level, that hasn’t stopped one drug company from bringing its cannabis-based seizure medicine to the American market.

For the first time ever, the U.S. Food and Drug Administration (FDA) has put its seal of approval on an oral cannabidiol (CBD) solution that will be prescribed to patients suffering from rare and severe cases of epilepsy. This is a giant leap forward in the grand scheme of cannabis acceptance in the United States, especially since the federal government still refuses to acknowledge that any part of the cannabis plant has therapeutic properties.

On Monday, the FDA gave Britain’s GW Pharmaceuticals permission to begin legally distributing its CBD syrup Epidiolex in the United States. The drug is derived from the cannabis plant and not synthetic in nature like prescription THC drugs (Marinol and Syndros) available as an appetite enhancer for people with HIV/AIDS.

This solution has been shown to lessen seizure frequency in children with Lennox-Gastaut syndrome and Dravet syndrome without providing the intoxicating effects often associated with marijuana. It is a development that FDA Commissioner Scott Gottlieb said, “serves as a reminder that advancing sound development programs that properly evaluate active ingredients contained in marijuana can lead to important medical therapies.”

This means Epidiolex, which will require a prescription from a doctor, will soon be available in pharmacies all across the nation. From Walmart to CVS to the Mom-n-Pop drugstores still kicking it Smalltown, USA — legitimate cannabis medicine will be available in the same way as other prescription drugs.

Although marijuana is legal in 20 states for medicinal use, not all of these programs provide epileptic children with access to cannabis-based treatments. And even the ones that do are far from having the blessing of the federal government, and therefore are not covered through any insurance network. As for Epidiolex — the drug falls right in line with those FDA approved medications paid for through most American healthcare plans. And thank for ganja gods for that — a report from the Associated Press indicates that patients could spend in upwards of $25,000 per year on this medicine.

While this move will undoubtedly increase profits for GW Pharmaceuticals, predicting annual sales eventually reaching $1 billion, it could also bring some much-needed relief to hundreds of thousands of children afflicted with more complex variations of epilepsy for which traditional treatments have been mostly ineffective.

“The difficult-to-control seizures that patients with Dravet syndrome and Lennox-Gastaut syndrome experience have a profound impact on these patients’ quality of life,” said Doctor Billy Dunn, director of the Division of Neurology Products in the FDA’s Center for Drug Evaluation and Research, in a statement accompanying a press release. “In addition to another important treatment option for Lennox-Gastaut patients, this first-ever approval of a drug specifically for Dravet patients will provide a significant and needed improvement in the therapeutic approach to caring for people with this condition.”

Along with Epidiolex receiving FDA approval comes some work for the U.S. Drug Enforcement Administration (DEA). The agency now has 90 days to reschedule CBD from its rank as a Schedule I drug on the Controlled Substances Act. The non-intoxicating compound currently falls in line with marijuana, which has “no currently accepted medicinal use” in the eyes of Uncle Sam. But now, considering that Gottlieb and company have deemed CBD an official medicine, it cannot remain a Schedule I.

This reschedule should make it easier for researchers to study CBD for its potential health benefits. Unfortunately, it will continue to be a bureaucratic nightmare for anyone in the scientific community to explore the therapeutic possibilities of the primary psychoactive compound of the cannabis plant known as tetrahydrocannabinol (THC). This compound will remain in the same ranking as heroin. What’s more is this part of the plant may never find FDA approval in smokeable form.

It is important to point out that GW Pharmaceutical’s CBD solution Epidiolex is higher-quality medicine than the majority of the CBD products sold on the Internet and through various health food stores. GW’s product is made with “pharmaceutical-grade CBD,” explained Shlomo Shinnar, the president of the American Epilepsy Society and a professor of neurology and epidemiology at the Albert Einstein College of Medicine, while those CBD oils and lotions found in shopping malls and smoke shops are made from hemp seed. High-quality CBD products, like the newly approved medicine GW is peddling, can contain up to 30 percent CBD or more. Hemp versions of this product are lucky to hit 3.5 percent CBD.

GW Pharmacueticals is expected to announce the U.S. launch for Epidiolex as soon as the DEA reclassifies CBD.

TELL US, do you think the government will reschedule CBD? 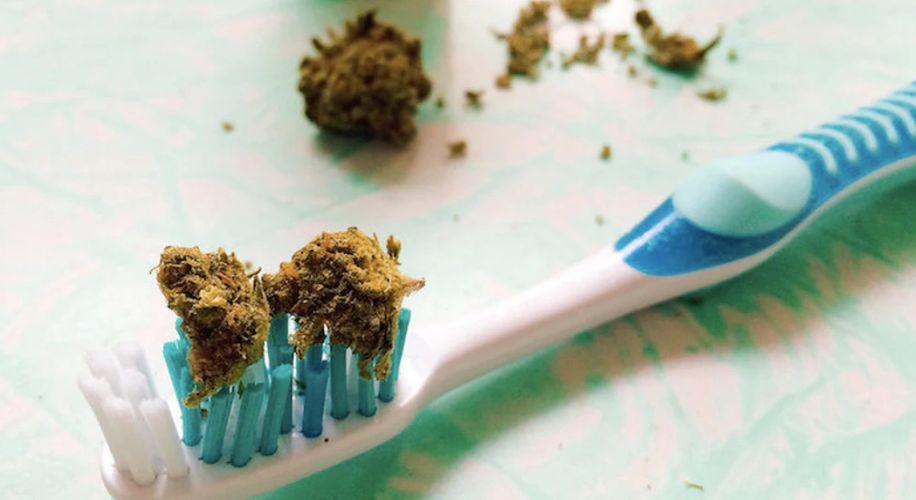