Got Anxiety? Study Finds Cannabis Strains to Try, or Avoid

[Editor’s Note: Cannabis works for anxiety but everyone is unique. Everyone needs a different strain to relieve anxiety. There’s interesting information in this article.]

Using cannabis for anxiety? A new study aims to figure out which types of cannabis are best suited to the task.

Anxiety is one of the most common conditions that people treat with cannabis, but how cannabis affects anxiety has always been a complicated picture. Research suggests that cannabis is effective at relieving anxiety, but paradoxically, cannabis can also worsen anxiety. This may be partly due to the fact that cannabis’ main and secondary active ingredients — THC and CBD — help with anxiety at low doses, but worsen it with higher doses.

“This study demonstrated patients’ choices for strains was not random …”

To add to the confusion, different varieties of cannabis are diverse in both their chemical composition and their effects, so some may increase anxiety while others reduce it.

Unfortunately, most of the current research has studied cannabis without mentioning the chemical composition of the strains used, or have simply looked at the effects of an isolated cannabinoid like THC or CBD.

But researchers from Whistler Therapeutics in BC, Canada aim to change that, by searching for the chemical fingerprint of cannabis which is well-suited to relieving anxiety. While their study, released in October, was small and had considerable limitations, it points the way for future research to begin tackling the complicated question of which strains work best for which conditions.

Hoping to find a blend of cannabinoids and terpenes (called a “chemotype”) that can effectively treat anxiety, researchers on this study first looked at whether particular strains were associated with reduced anxiety.

“Patients report having distinct preferences for certain strains over others and little research has been done on what, if anything is different between strains they like or dislike for a condition” explained Daniel Lantela, co-founder and drug development director at Whistler Therapeutics.

“By asking patients which strains they liked or disliked, we could correlate their choices to the chemotype.”

To gather this information, researchers worked exclusively through one dispensary, surveying 442 of their patients about the specific strains sold there and reviewing two sets of independent lab tests on the strains’ chemical composition.

Respondents were asked to rate the most and least effective strains (from a list of the dispensary’s 25 most commonly sold options), and used a one to ten scale to rate how effective those strains were at reducing their anxiety.

The Chemical Fingerprints of Chill

Next, researchers turned to analyzing the lab results for patterns amongst the most and least effective strains.

The analysis revealed a pattern of high THC and the terpene trans-nerolidol in the most effective strains. Three of the four were Kush varieties which all share a similar chemotype with high levels of trans-nerolidol, b-Caryophyllene, and D-limonene, and contain genetics from landrace strains found in the Kush mountain range in Central Asia.

Trans-nerolidol is found in many strong aromatics like jasmine, tea tree, and lemongrass. It delivers a subdued and nuanced floral aroma with notes of fruity citrus, apples, and rose, and is believed to produce sedating effects

Respondents rated Chocolope as the least effective strain. The terpene terpinolene dominates Chocolope, therefore researchers suspect terpinolene may account for some of the strains’ failure to relieve anxiety. Other sativas like Jack Herer can be rich in terpinolene as well.

Guaiol was the only ‘perfect’ correlation, found in three of the four least effective strains, and none of the most effective. Still it was found in such small amounts, that the authors say it may just be a marker attached to ineffective chemotypes, or it may have significant anxiety causing effects. Other terpenes like eucalyptol, g-terpinene, a-phellandrene, 3-carene, and sabinene hydrate were significantly correlated with decreased anti-anxiety effect, but were also present in such small amounts that it’s not clear how any one of them affects anxiety.

While this study produced some interesting results, the authors caution they should be taken with a grain of salt. Surveys on medical treatments are notoriously unreliable because they don’t control for the placebo effect or similar factors. For example, patients may think a strain is more anxiety relieving if they have heard others say that it is, which could affect the final survey results.

“Eventually researchers should start to look deeper into the terpene profiles in controlled studies” Lantela explains. “Having blinded studies on cannabis products with varying cannabinoids and terpene levels is much needed.”

“The vast range of chemotypes makes narrowing down a few for a controlled study difficult,” he said.

His hope is that this model of survey-based research may help find good candidates for controlled studies. Kush-type strains containing high trans-nerolidol could be a good starting point. Still, this survey used a small group of participants, and covered a limited set of strains, so it is possible a broader survey would reveal other more or less effective strains with different chemical profiles.

There’s also no way to confirm that the Bubba Kush strain sold in Whistler has the same chemotype as Bubba Kush sold worldwide. Counterfeits abound in cannabis. Different markets have varying levels of strain name accuracy — for example, the Los Angeles is notorious for its counterfeit strains.

While more research is needed to find an anti-anxiety chemotype, Lantela argues that the study still had some important takeaways.

“This study demonstrated that patients’ choices for strains was not random, and the choices were correlated to specific terpene content,” he says, adding that the study also suggests that patients respond differently to different strains depending on their biochemistry.

His advice to patients looking for an anti-anxiety strain?

“Everyone is different, so keep trying different strains until you find one that works best for you.” 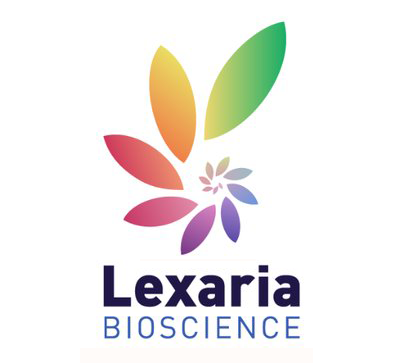