How Sharmila Clee Got Off Valium With Plant-Assisted Therapy

[Canniseur: One woman’s journey from an anti-cannabis and alcohol stance, but addicted to Valium and other legitimate pharmaceutical drugs, to embracing plant based therapies, including cannabis.]

After drug use caused Sharmila Clee’s parents to lose custody of her and her siblings in 1998, Clee said she was squarely against anything related to drugs or alcohol, including cannabis.

“An anti-drug and alcohol mantra became my identity for years,” she said.

Once her parents and extended biological family’s rights were terminated, Clee and her siblings were put up for adoption. She and her sister were separated from their special needs brother, who needed extended care.

“It was difficult finding a home willing to take in three children with a history of trauma,” Clee shared. “My experience started my passion to become the best social worker in the world, and help other children like us.”

Her brother was eventually returned to her biological parents; Clee started experiencing panic attacks soon after.

“I was barely managing, receiving calls in the middle of the night from my brother, with reports of our dad drunk and violent,” she recalled. “I was three hours away at college and felt powerless, but it propelled me to move forward with vengeance and purposes, after witnessing so much social injustice—in the world, then through the eyes of my brother.”

Clee learned to push down her feelings of panic and anxiety by numbing herself with a Valium habit that began in the Fall of 2001 while at graduate school. She was diagnosed with latent Post Traumatic Stress Disorder (PTSD). She remembers it disrupting her studies with random visions of her turbulent childhood, yet, she says, she managed to pull A’s in all subjects.

Her goal of climbing the corporate ladder was achieved. But she found that her new bureaucratic life was not all she had hoped for. She dreaded the monotony of wearing suits, the grueling commute, and her life in a cubicle.

“It was sucking my soul away,” she said.

“I ran out of Valium during Fourth of July weekend in 2014, when a British, barefoot, hippie friend passed me something called a ‘vape extreme,’” she said, laughing. “That weekend was the longest time I went without my medication, and eventually my body began to shake with withdrawal symptoms, so my friend convinced me to take a hit of his vape pen, and the shakes stopped.”

Clee began researching cannabis as medicine, which eventually led her to Greener Pastures Recovery in Maine—and its Plant-Assisted Therapy Program for addiction recovery.

“My personal treatment program has been a slow tapering off of the Valium and Zoloft, by smoking flower, hash oil, ingesting turmeric, relora, moringa, calcium, multi-vitamins, and full spectrum cannabis oil, or FECO,” she explained. “The FECO has probably been the most effective treatment, as it completely changes the overall feeling in my body, with a comforting internal blanket of well-being.”

Clee told us that not only is the throbbing bodily pain of withdrawal symptoms quelled with the strong concentrate, but the electric shock-type headaches are replaced with a feeling of comfort. She said the plant was a Godsend.

“Even with all the steps taken to subside any dangerous symptoms, my body still overheated in front of the fire one evening in my first Benzo-related seizure. Nothing makes the detox symptoms entirely go away, but Greener Pastures, its PAT program, and the space they provide, allows you to take the time to understand how your life has unfolded into addiction, helping you to reevaluate your life, better understand your psyche, history, and allows you to look at the here and now, and be present.”

Clee believes the culture of today’s society is a breeding ground for emotional detachment, leading to an unhappy life and subsequent addictions, either to drugs or an unhealthy lifestyle.

“Even when we appear to be successful and fulfilled, when we detach from a past filled with turmoil, we have a skewed perception of what happiness looks like,” she said. “Then next thing you know, you are making six figures, cheating on your spouse with a co-worker who is as emotionally unavailable as you are—but, hey, you have 50 thousand Instagram followers, so what’s the problem?”

Clee said she’s still a work in progress. She was disheartened to discover that kids in America’s foster care system are prescribed anti-anxiety medications at an alarming rate. Researchers even admit that a therapeutic dose often leads to dependency or addiction issues later in life.

“When you hand a bottle of Xanax to a teenager, it’s a potential death risk,” she said. “I’m not saying just give every kid cannabis, but pharmaceuticals are not the answer. We do know that every human body has an endocannabinoid system that accepts the healing properties of cannabis and other beneficial plants into all the systems in our bodies for health and mental well-being.”

“It’s time to start making moves in that direction.”

Why Survivors of Sexual Violence Choose Cannabis to Heal 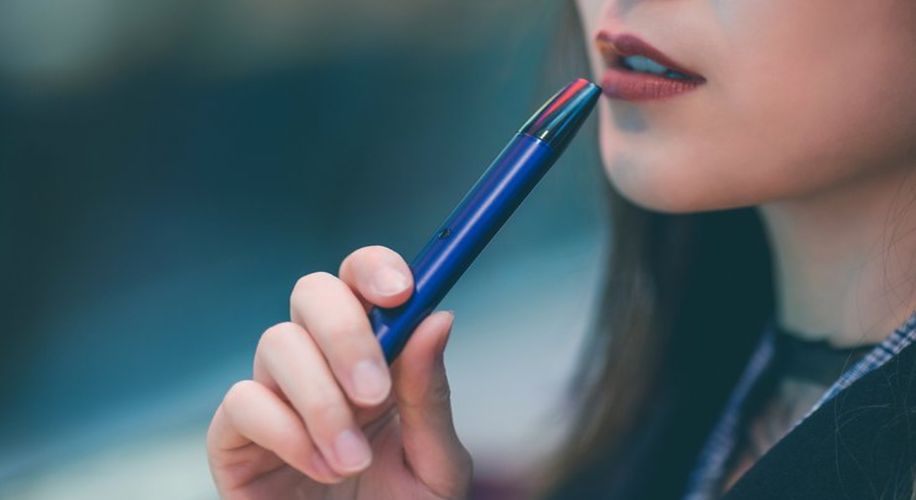 Safe Vaping in 2020: Key Questions and Answers After the Health Crisis