Is Your Bong Actually Dirtier Than a Toilet Seat? 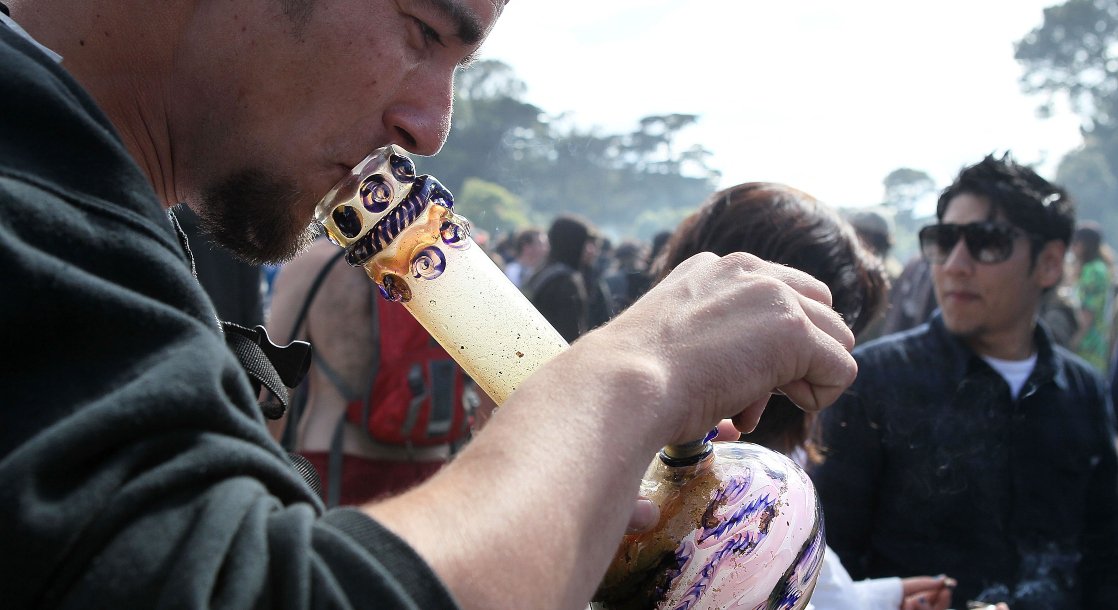 A video from Moose Labs shows that cannabis consumption devices shared at weed events have high levels of contamination. Contamination by what, though?

Sharing a spliff, doob, pipe, bong, or vape is kind of standard in the cannabis community. It’s how we bond with one another. Also, it’s a pain in the ass for everyone to carry their own dab rig, so yeah — we share. 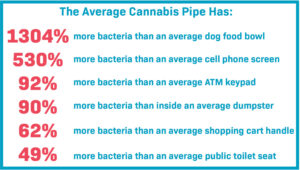 Moose Labs got its data by swabbing the mouthpieces of dab rigs at two social consumption events. You can peep the video showing their measurements below.

The device that Moose Labs used to measure contamination is the Hygiena EnSURE. It’s legit equipment; it’s often employed in high-end restaurants to check if cooking surfaces are clean, and it’s one of Gordon Ramsay’s favorite ways to trigger a profanity-fest on camera.

The numbers may look impressive, but EnSURE does not measure bacterial counts, which the video suggests. Instead, the EnSURE measures ATP content in the sample, which is related to bacterial contamination, but it’s a bit more complicated than that.

ATP is the main energy transport molecule in every biological cell. It’s basically the cellular battery, which transports electrons from the mitochondria to other parts of the cell.

In other words, the EnSURE measures how much organic material is swabbed from a surface. Human saliva contains a ton of ATP, most of which comes from bacteria along with our own cells that line our mouths. And research shows that food particles in our spit can also produce ATP signals, too.

So, in other words, what Moose Labs showed is that the mouthpieces on our bongs and pipes contain saliva. Duh.

Of course, this isn’t to say sharing pieces willy-nilly is a hygienic practice. It isn’t. The herpes virus can spread by sharing pipes and bongs, as can other illnesses such as colds and flus. The easy solution is briefly wiping the mouthpiece with rubbing alcohol or, as Moose Labs suggests, using a mouthpiece-cover like its “Mouthpeace” product.

However, it’s unfair to say that the business end of a bong is dirtier — and more dangerous — than sucking on a toilet seat. Toilets contain fecal matter, which hosts virulent forms of E. coli. The E. coli in our saliva is not nearly as virulent as the ones found in poo, if they’re virulent at all.

Besides, you swap more bacteria with another person while french kissing than you do from hitting a bong. Take that as you will.