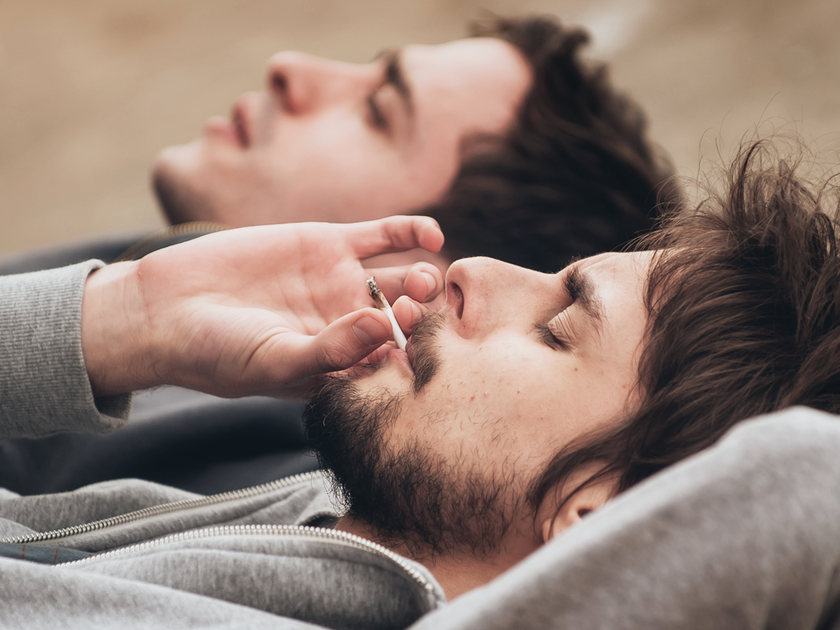 [Editor’s Note: The more we find out about cannabis and our health, the less we find out we knew. Here’s one study that flies in the face of ‘established’ understandings of cannabis and human health. We need more research.]

Previous studies have linked heavy pot use with a slump in sperm production. The men in the new study, however, were smoking, on average, two joints a week

When Dr. Jorge Chavarro’s team started investigating marijuana’s effects on sperm, they had every reason to believe weed would prove detrimental to “testicular function,” because other studies had said it to be so. Instead, they found the opposite.Men who had ever smoked marijuana had significantly higher sperm concentrations and sperm counts, as well as higher testosterone levels, compared to men who had never smoked weed. Overall, the sperm of past and current marijuana users seemed to be of superior quality.

“These findings are not consistent with a deleterious role of marijuana smoking on testicular function as initially hypothesized,” Chavarro and his colleagues report this week in the journal Human Reproduction.

“We know a lot less than we think we know”

Previous studies  — the majority of them in rats, but a few in human males as well — have linked heavy pot use with a slump in sperm production. The men in the new study, however, reported smoking, on average, two joints a week.

Chavarro can’t fully explain his team’s unexpected findings, though he has a few hypotheses. It could be that males with higher circulating testosterone concentrations are also more likely to smoke pot and engage in other “risk-taking behaviours,” he and his co-authors postulate. But it could also be true that a little bit of pot boosts sperm production, a relation that reverses at higher doses, much the way the incidence of heart disease is lower in moderate drinkers compared to non-drinkers.

According to Chavarro, this much is clear: Legal access to pot is moving faster than the science on weed’s effects on the body. “We know a lot less than we think we know,” said the associate professor of nutrition and epidemiology at the Harvard T.H. Chan School of Public Health in Boston.

One widely circulated 2014 study involving nearly 2,000 British men — the world’s largest study to explore how common lifestyle factors influence sperm morphology (the size and shape of sperm) — found that males under 30 with less than four-per-cent normal sperm were nearly twice as likely to have used cannabis in the previous three months. No similar associations were found with body mass index, type of underwear, smoking, alcohol consumption or having a history of the mumps — though the researchers did find that sperm size and shape was worse in samples ejaculated in the summer months.

Sperm with morphology issues tend to be poor swimmers, crawling or colliding head-on into the walls of the female reproductive tract in their frantic swim to fertilize an egg.

For the new study, researchers collected 1,143 semen samples from 662 men between the years 2000 and 2017. The men were enrolled at the Massachusetts General Hospital fertility centre; 317 of them also supplied blood samples that were analyzed for reproductive hormones. The men were, on average, 36 years old, mostly white and mostly university-educated. They were asked to report whether or not they were using drugs, including marijuana. Just over half (55 per cent) reported having smoked marijuana at some point. Of those, 44 per cent were past smokers and 11 per cent current ones. Men who had smoked pot had average sperm concentrations of 62.7 million sperm per millilitre of ejaculate, compared to 45.4 million/mL in men who had never used marijuana. There were no significant differences in sperm concentrations between current and past marijuana smokers. A similar pattern was seen for total sperm count. 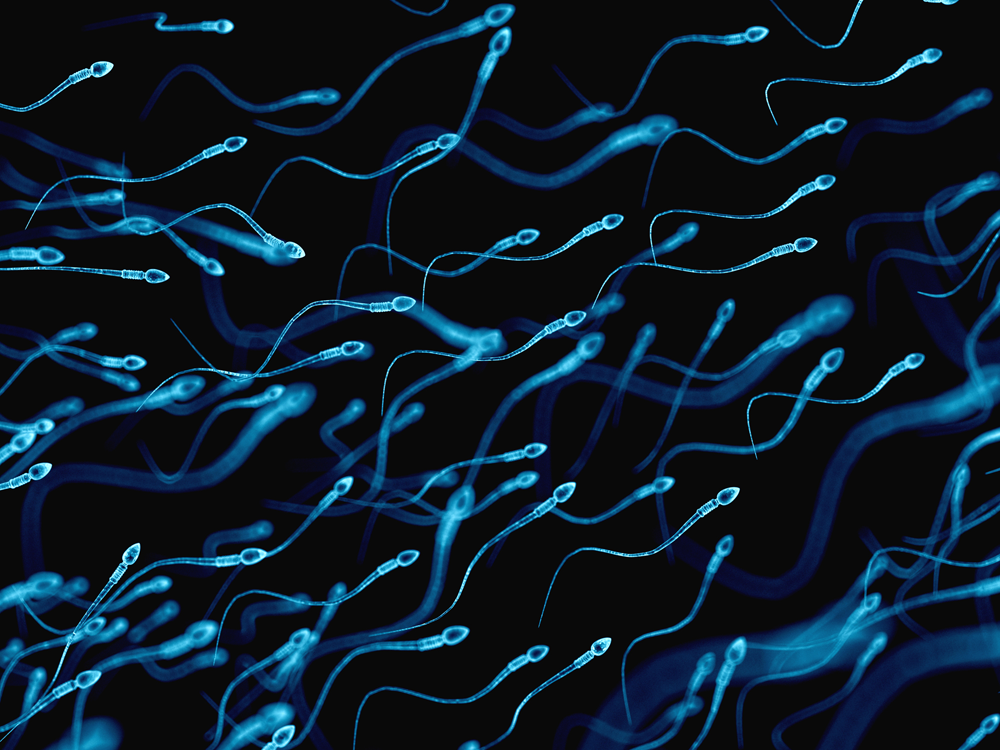 Overall, the sperm of past and current marijuana users seemed to be of superior quality. GETTY IMAGES J

Just five per cent of marijuana smokers had sperm concentrations below 15 million/mL, the World Health Organization’s threshold for “normal” levels, compared with 12 per cent of men who had never smoked pot. The marijuana smokers also had lower concentrations of follicle-stimulating hormone, or FSH, a hormone produced by the pituitary gland. When the testes are having trouble producing sperm, the pituitary compensates by producing more FSH.

It’s possible not all the men came clean about their use of weed, and underreported how much they were using, given the drug’s illegal status during most of the study (Massachusetts voted to legalize recreational marijuana in 2016). And the results might not be generalizable to all men, because the men in this study were enrolled from a fertility centre (although the association between pot and better function of the testes held after the researchers restricted their analysis to men without a diagnosis of male factor infertility.)

The marijuana users were smoking relatively modest amounts of marijuana, two to three joints per week, on average. Studies in animals suggest endogenous, or natural cannabinoids play a critical role in the creation of sperm. It’s possible THC from pot could enhance spermatogenesis, but after a certain level the effect would be reversed, Chavarro said.

Other researchers have recently been warning about plummeting sperm counts among Western men. However, Chavarro said his team’s paper “does not mean that using more marijuana is going to increase sperm counts, or testosterone or your masculinity.”

The paper may be an outlier. “But who knows — it may turn out that marijuana is actually positive for sperm production, and we’ve been getting the answer wrong,” Chavarro said.

“The problem is we can’t tell which of those two interpretations is the correct one.” 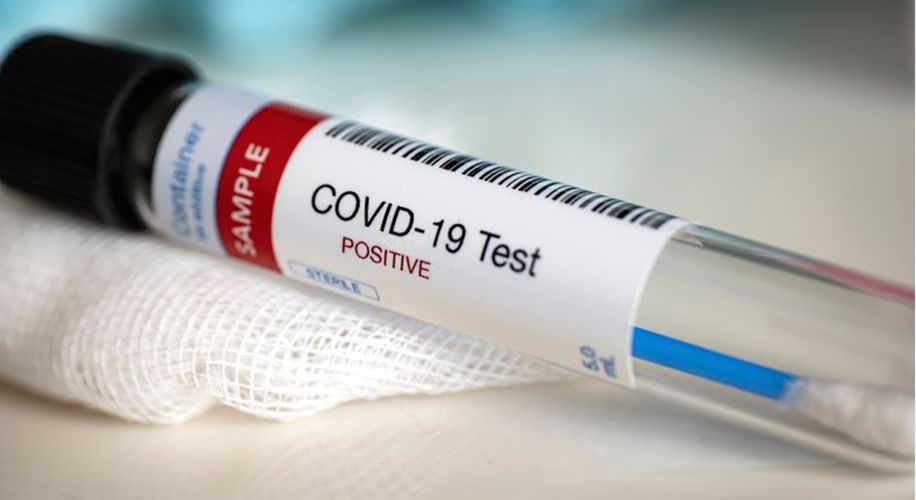