[Editors Note: This is a case of buyer beware. There are no consumer protections in place to know what exact compounds are in CBD products. Even reputable companies are not immune from impurities found in the oils.]

The market for cannabidiol products in the US is booming. But as CBD surges in popularity—it’s now advertised in drug stores, gas stations, and even cocktail bars—lab tests suggest that other chemicals are creeping in, creating the potential for a real public health risk.

A study released last month found that samples of CBD oils from one popular manufacturer contained potentially dangerous chemicals not listed in company materials, including a synthetic cannabinoid and a chemical generally found in cough syrup. Researchers said the additives “may lead to unexpected psychoactive effects.”

The study, by researchers at Virginia Commonwealth University (VCU), tested seven products—a total of nine samples—from Diamond CBD, a retailer owned by PotNetwork Holdings, after receiving a tip and two samples from a concerned consumer. The unexpected chemicals found in the products include dextromethorphan (DXM), a well-known cough medicine with a history of recreational abuse and health dangers, and 5F-ADB, one of a growing group of synthetic cannabinoids—often known as K2 or Spice—that have cropped up around the world in recent years.

On Diamond CBD’s website, the company explicitly states that its products are “100% natural, lab tested, CBD extracts” and do not contain synthetic chemicals. The company’s site also provides “no indication that these products contained any other active substances,” the VCU researchers wrote.

Following the study’s release in November, Diamond CEO Kevin Hagen told Consumer Reports that the company planned to retest its current products and recall them if needed. “The company strives to provide the assurance that we supply the best, highest-quality products on the market,” he said.

In a phone interview this week, Hagen told Leafly that Diamond did indeed retest the products featured in the study and found with no sign of either DXM or 5F-ADB in the results. He said the samples in the Virginia study seemed to be purchased in 2017, when formulas were different.

According to third-party lab results shared by Diamond, however, the products were found to contain another ingredient that CBD-buyers might not expect: melatonin, a hormone used to promote sleep. While Diamond discloses on its website that some of its products contain “a dash of melatonin,” the company’s own lab results found that melatonin was the products’ “major constituent” while CBD was their “minor constituent.”

Public acceptance of cannabis has skyrocketed in recent years, even as it remains illegal across most of the globe. Prohibition has meant that using even legal hemp to manufacture CBD extracts can raise legal questions. At the same time, advances in lab technology have led to an explosion in products that claim to offer the same effects as cannabis by using various chemical stand-ins.

One major area of this trend is synthetic cannabinoids, often referred to as K2 or Spice. These lab-produced chemicals are designed to stimulate the body’s endocannabinoid system, the same system that responds to cannabis-derived cannabinoids. The effects of each formulation vary, but users have reported feelings of sedation, well-being, disorientation, and—especially over time or in cases of overdose—nausea, fear, ataxia, and difficulty breathing.

The drugs have also been linked to dozens of overdoses and potentially several deaths, leading to the classification of 5F-ADB and several other synthetic cannabinoids as Schedule I controlled substances. In some cases, these chemicals are suspected to have been marketed as CBD products in e-liquid or other forms.

Diamond’s CEO told Leafly that Diamond has never included 5F-ADB or DXM in its products.

According to the VCU study, all of the tested Diamond products contained CBD as advertised, but samples of its Liquid Gold Strawberry and Liquid Gold Jungle Juice also tested positive for 5F-ADB. One product, known as Diamond CBD Vape Additive, was found to contain 5F-ADB in the sample given to researchers while a separate sample, ordered online, tested positive for DXM, a cough syrup chemical sometimes used recreationally.

“Uninformed users may mistakenly associate these [chemicals’] effects with CBD,” the researchers wrote. “The inclusion of these drugs in e-liquids can lead to dangerous consequences; particularly when the users are unaware, and [consuming these products] for therapeutic reasons.”

Some of the Diamond CBD products were also found to contain the psychoactive cannabinoid THC, which researchers called “expected” due to the trace amounts that occur naturally in hemp plants, from which the company derives its CBD.

The VCU study found THC in two Diamond CBD samples, the synthetic cannabinoid 5F-ADB in four samples, and the cough syrup chemical DXM in one sample.

Hagen told Leafly that Diamond has never included 5F-ADB or DXM in its products. He suggested that the adulterated products had either been tampered with or somehow tainted further up the supply chain. As a CBD retailer, Hagen explained, Diamond prepares its products using hemp-derived CBD oil, vegetable glycerin, and artificial flavors acquired from outside vendors. The company “has to rely on the lab reports they provide,” he said.

Hagen acknowledged that “some” of Diamond CBD’s approximately 300 products do contain melatonin, a hormone produced naturally by the body—and sometimes used as a dietary supplement—that signals to our brains that it’s time to go to sleep. He said his team got the idea of using melatonin from another vendor at a trade show a few years back, and also added it in response to customer requests for CBD products to help them sleep.

Hagen said he wasn’t sure which, if any, of Diamond’s products are described online as containing melatonin, noting that such products aren’t marketed specifically for sleep. A Leafly review of the company’s website found references to “a dash of melatonin” in some products, specifically the company’s “Relax” and “Chill” lines. And while some product descriptions list melatonin as an ingredient, CBD appears first. That suggests CBD should be more abundant in those products.

But lab tests provided to Leafly by the company showed that all the retested samples had melatonin as a “major constituent” and CBD as a “minor constituent.” Asked about the apparent discrepancy, Hagen said he was unfamiliar with the exact circumstances of the tests.

Hagen stressed several times that he and his family members regularly consume Diamond CBD products and that the company strives to follow best practices in the evolving industry whenever possible. “I’m not willing to jeopardize my family and friends, or anyone for that matter,” he said.

He also said he supports expanded regulation over the CBD field, even if that means having to list all product ingredients going forward. “All companies make big claims about their products,” Hagen said. “It’s the FDA’s job to ask for [better] labeling.”

Diamond CBD is far from the only e-liquid seller to face scrutiny in recent years. Yet due in part to the lack of state or federal regulation over such products, companies flagged for selling contaminated CBD are generally able to continue business as usual.

In the weeks since the study’s release, Diamond CBD and its parent company maintained an aggressive marketing campaign nationally and across the internet.

In the past month, Diamond CBD and PotNetwork Holdings have circulated multiple press releases meant to drum up interest—and investment—in its products. They’ve focused on Diamond’s refer-a-friend program, its plan to enter the $46 billion coffee market, a program to sell products in malls, an industry award for pet CBD products, and a plan to launch a magazine to inform industry decisions.

Over the past several months, sponsored posts and op-eds by the company have also appeared in industry outlets and consumer publications, including Leafly, VentureBeat, and LA Weekly. Some explicitly referenced the company’s commitment to quality, highlighting, for example, the company’s “call to action for quality and accountability across the industry.” [Editor’s note: Leafly has since removed the sponsored post from our website.]

Diamond CBD already has a large audience and customer base. It’s sought to position itself as an authority on CBD products—and may very well be seen as such by consumers. But as with many other large CBD retailers, aspects of its products and practices remain publicly unknown.

Paul Armentano, deputy director of the National Organization to Reform Marijuana Laws (NORML), told Leafly that previous studies on consumer e-liquids have turned up similarly unexpected and potentially dangerous chemicals, highlighting what he said was a need for both government regulation and extreme care on the part of patients and consumers.

“For years, many of the producers of these commercially available products have navigated in a grey area of the law — manufacturing products of variable and sometimes questionable quality and safety,” he said in an email. “Given both the popularity and prominence of these products in the marketplace, it is time for lawmakers to develop and impose best manufacturing practices and standards for this nascent industry — policies that will ultimately lead to a safer and better-quality product for consumers.”

Justin Poklis, the lead author of the Virginia study, told Leafly that oversight of these products is crucial to consumer safety.

After examining e-liquids and synthetic cannabinoids for about 10 years, Poklis said, he’s become quite familiar with the kinds of synthetic products on offer and the ways they’re promoted on packaging and in advertisements. Poklis recalled the psychedelic packaging on early K2 products labelled “not for human consumption” and ordering samples from sites like IAmStoned.com.

“Many products have had names or pictures that indicated there’s something in there that will get you high,” he said. “It is dumb to use any of these products, because we do not have enough pharmacological data to understand untoward effects.”

In the case of Diamond CBD, Poklis said his team saw no such clues on the company’s website or product packaging—part of the reason the study’s findings were “unexpected,” he said. “If someone who is interested in trying CBD for health reasons goes to a site and thinks it seems like a legitimate provider, and that turns out not to be the case, this is problematic.”

“Somebody needs to step in and regulate this stuff,” Poklis added. “There’s too much money to be made for problems not to come up.” 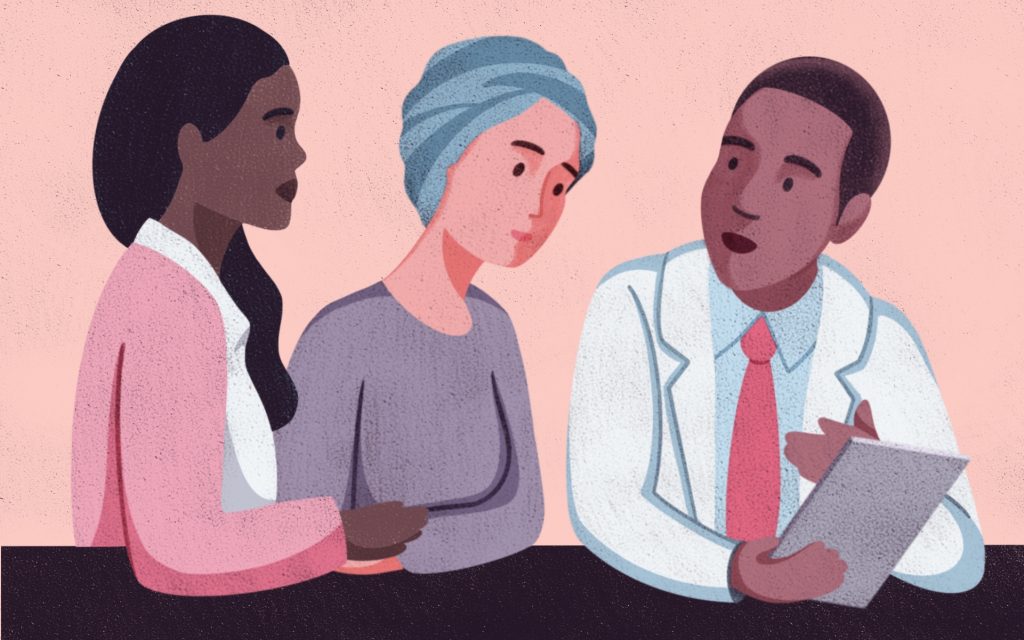 A Patient’s Guide to Using Cannabis for Cancer 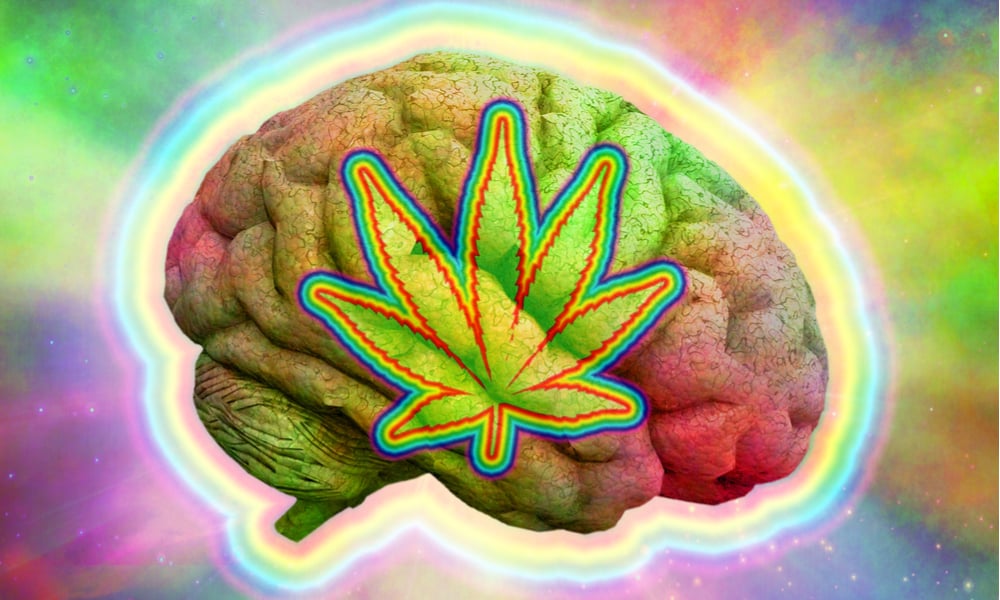 What Experts Have to Say about the Endocannabinoid System 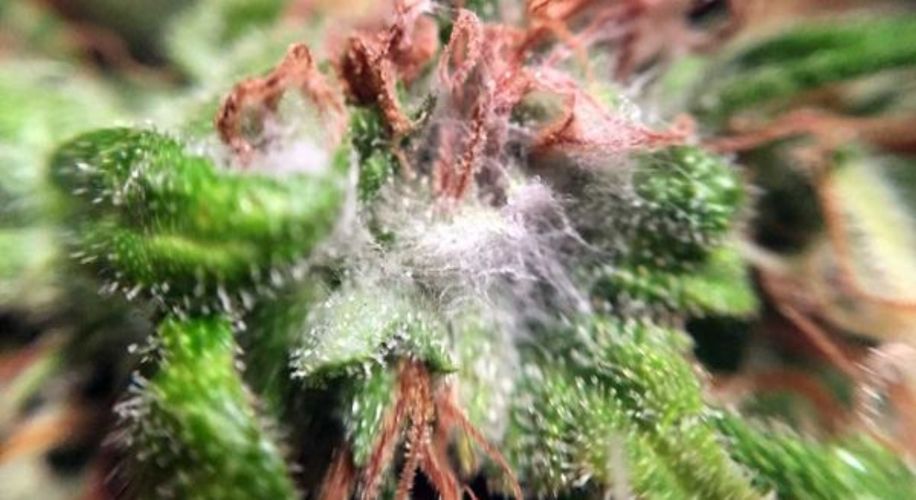