Glue Trap is a hybrid cannabis strain. Called sativa by the dispensary (and probably the grower), it has as much body effect as mental effect. I would call this a hybrid, no matter what the label. The uplifting mental effect combined with the relaxing body effect was quite nice. I enjoyed a very calming body feeling allied with an energetic head buzz. Maybe not the best or the most defined strain I’ve had recently, but still very nice. It’s time to let all know about Glue Trap with an official Glue Trap Strain Review.

There are many growers and breeders of Gorilla Glue…oops, we have to call it GG#4. This is a hybrid of GG#4 and Guard Dog. I’ve consumed GG#4 before, but had never heard of Guard Dog.

The buds were smallish and somewhat tight, but not really dense. I don’t know if this was outdoor or indoor grown. It was also heavily trimmed in a machine, but that’s the way most buds are delivered to dispensaries these days. The labor involved in hand trimming is huge and isn’t really economically feasible except for boutique growers. The buds were frosted all over with lots of pale to bright orange stigma. It wasn’t overly trimmed, but this is about as far as I like to go with machine trimmed bud.

The flower had nice terpenes, but there was nothing noteworthy. It was a good aroma, just had nothing that jumped out of the bud and into my olfactory. Don’t misunderstand, it was a nice aroma, but it wasn’t an extraordinary aroma. There’s lots of myrcene, some pinene, linalool and perhaps some camphene in the aroma, but nothing was dominant.

As the aromas of this strain were not distinct, neither was the taste. It tasted like uh, weed! That’s it. This strain tasted like weed. The smoke was just slightly harsh, but the bud was decently cured and had a bit of a vegetative taste.

Glue Trap is a true hybrid. There’s a body effect and a mind effect that’s distinct from one another. The body effect is relaxing and gives a feeling of well being. The mind effect is an energetic and happy effect. It was very easy and relaxing to laugh, if such a thing is possible. I guess it must be as that’s exactly what it felt like.

The effect started about 5 or 6 minutes after I had a puff. First, my body started to feel relaxed. As my body started to relax, my mind seemed to sharpen. It wasn’t a hugely focused effect, but it was very pleasant. This would be a great buzz after the gym.

I can’t say Glue Trap created a truly memorable effect, but it was good. If you like a good combination effect, this is a strain you might really enjoy. If you want something to propel you through a creative day, Glue Trap is perhaps not the right strain. A light session of 1 or 2 puffs will keep you relaxed for two or three hours. As you move through the effect, you’ll just stay relaxed. 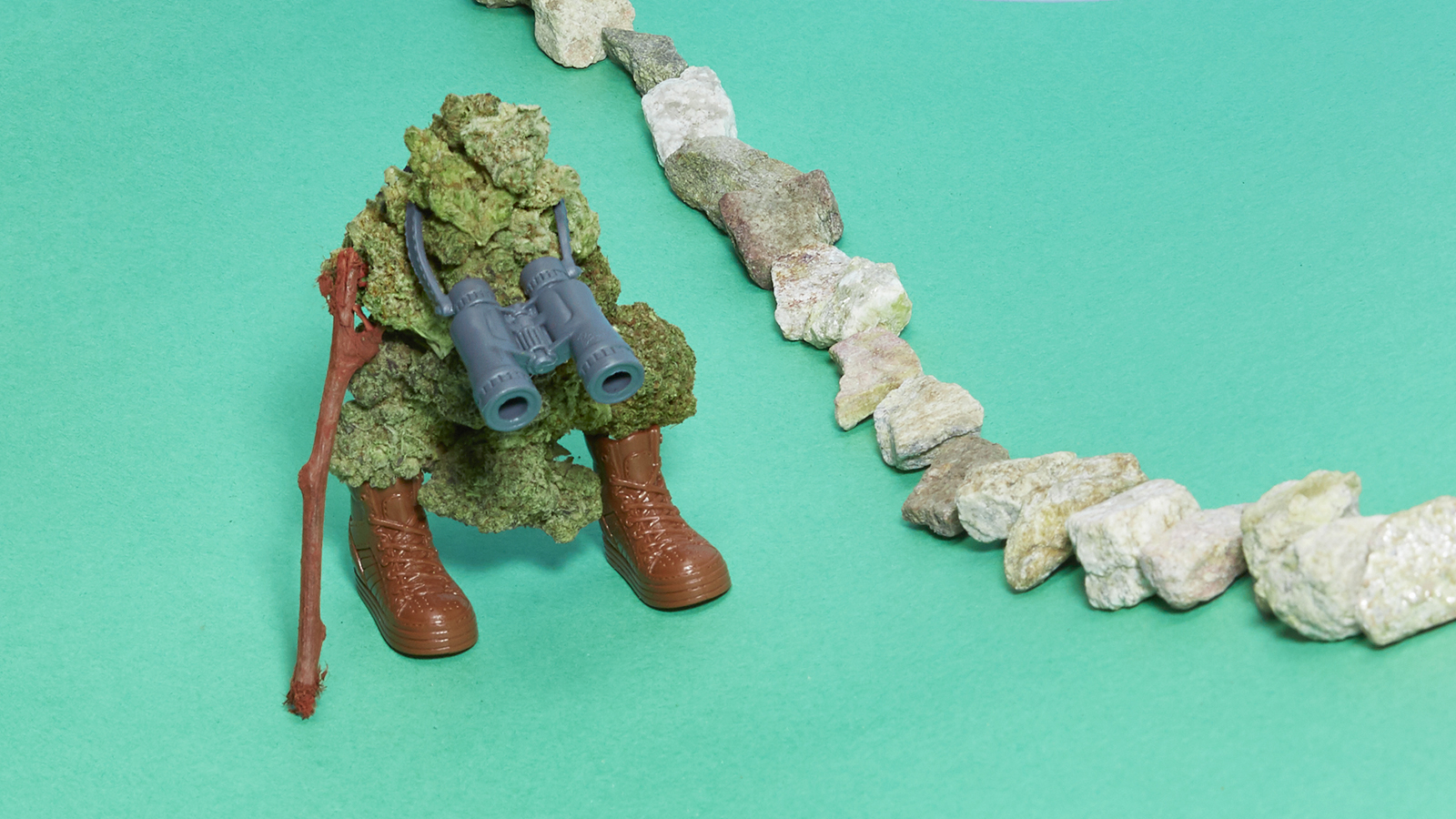 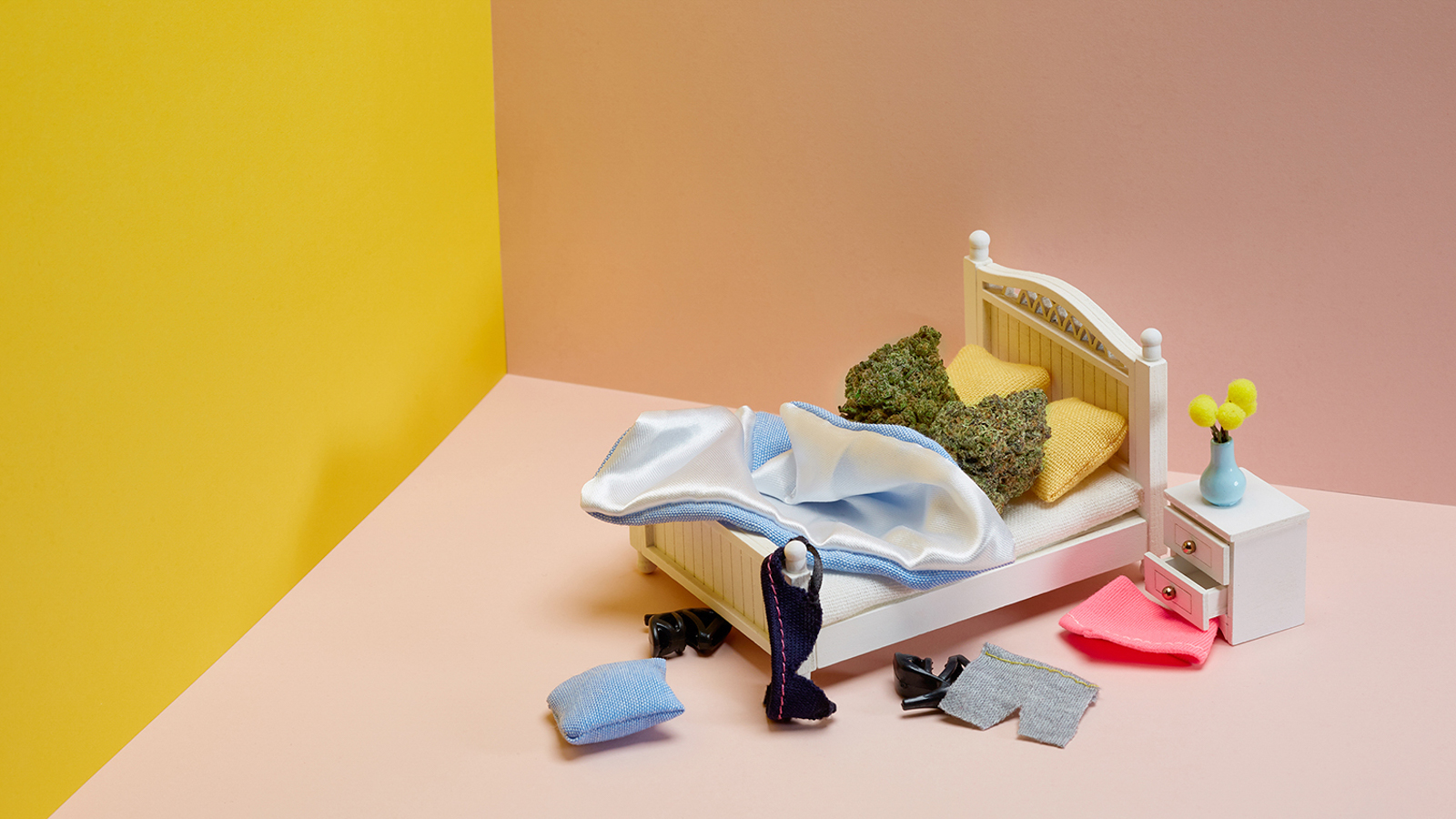 The Best Strains for Arousal, According to Cannabis and Sex Experts