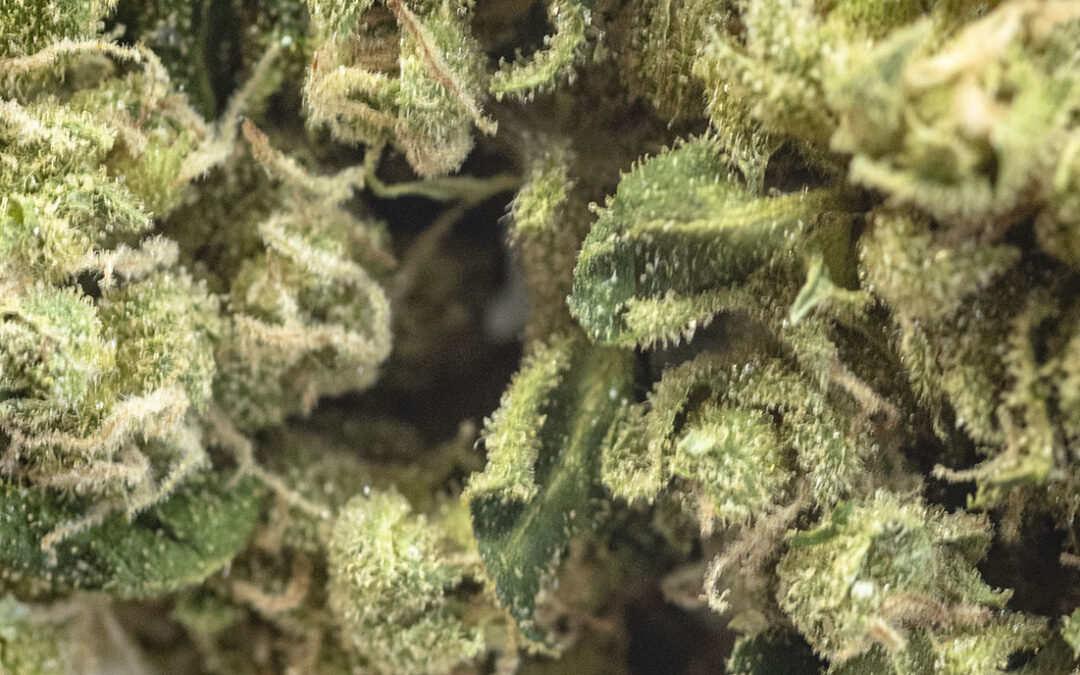 For our 2021 New Year Review of 2020 (gone, but not lamented!), I just had to publish this because this cultivar is so good. And it’s a landrace cultivar too!!! If you can find it, get some. But leave a bit for me!

I’m just back in Taos from a short trip to Telluride. If you’ve never been there, go if you can. It’s set in a stunning narrow valley surrounded by 14s (14,000-foot mountains). Telluride a marvelous place to chill for working and hiking. For a town this size, there are a lot of dispensaries. Some are chains while others are locally owned and operated. I like locally-owned dispensaries best and visited a few. This Acapulco Gold cultivar review is the first of several reviews from this trip to Telluride. 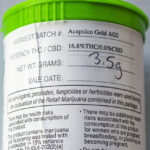 One of the dispensaries I visited was The Green Room. It was my second visit and both times I was warmly greeted. This time they showed me some new strains. One was labeled “Landrace” Acapulco Gold. I remember Acapulco Gold from the 70s. It was always hard to find, but as I recall, the rewards were well worth the search. Is this really Acapulco Gold? Would it be as good as I remember? Check out this Acapulco Gold cultivar review for the answer.

What is Acapulco Gold Cannabis?

Acapulco Gold is a legendary landrace strain since the 1960s. Nowadays it’s almost impossible to find. This cultivar has the reputed effect of great happiness and energy. It’s an original Sativa. The effect is purported to be uplifting and intensely mind-bending. Let’s see if the new product lives up to its legend. 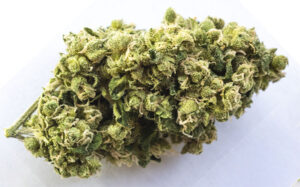 I bought an eighth. Included in the 8th was a huge bud (seen here) and several smaller buds. They were fairly loose-knit and not overly compact. That tells me there were no Plant Growth Regulators (PGRs) used in the fertilizer or anywhere else during the growing process. The buds weren’t gold, but rather more celadon green with some, but not an overabundance of pale orange pistils. This is good, as pistils do nothing for the buzz (contrary to some opinions) and while they look pretty, an overabundance of them is one sure sign that PGRs were used in the growing operation. There were seed-like pods, but no seeds. I really liked the completely natural look of this Acapulco Gold cannabis. Some might not like it, but beauty is in the eye.

The aroma was a blast of something from the past. I’ve been learning to identify the kinds of terpenes in the blend of a particular cultivar and this one was loaded with myrcene. It was earthy, musky and a slight fruity note not unlike grapes. There was a hint of pine and a citrusy scent. It was all put together well and had a very harmonious aroma. The aroma as it also brought back memories of the 70s. There’s not enough I can say about that. It smelled heavenly.

This Acapulco Gold was really well cured with a smooth, rich and mellow taste – a very good taste. The aromas followed directly into the taste. Not all that common these days. It’s all good. This bud tasted a lot like the musky terpene (myrcene) along with undertones of orange and perhaps a bit of pine. I really liked the way my bowl smoked. And I wanted to smoke it all up, so I did.

Very focused. Cerebral. Uplifting and euphoric. What more is there to say? Acapulco Gold has a terrific effect. After the first puff, I knew something special was going within 3-4 minutes. After that, I kept getting happier, and happier, and happier. The overall effect kept getting better and better. My thinking became more focused at the same time as the euphoria stepped up its game. While it might not be the most potent cannabis I’ve ever consumed, it has a terrific buzz. I wish I had bought a quarter or a half after my taste and effect test!

Holy smoke. This is the most highly rated strain review we’ve done. Some people might not like this strain because the THC is only listed at 16.8%, which is plenty for me. Landrace (original) strains are difficult to find in the marketplace because of all the hybridization cultivators are doing these days. But when you can find a landrace like Acapulco Gold or Panama Red or Thai, grab it as fast as you can because if you don’t, it’ll be gone. This example of Acapulco Gold was close to stellar and the score shows it. Terrific strain and I’d bet you could find it in a bunch of dispensaries in Colorado. Now I need to find someone who’s growing it in Michigan!