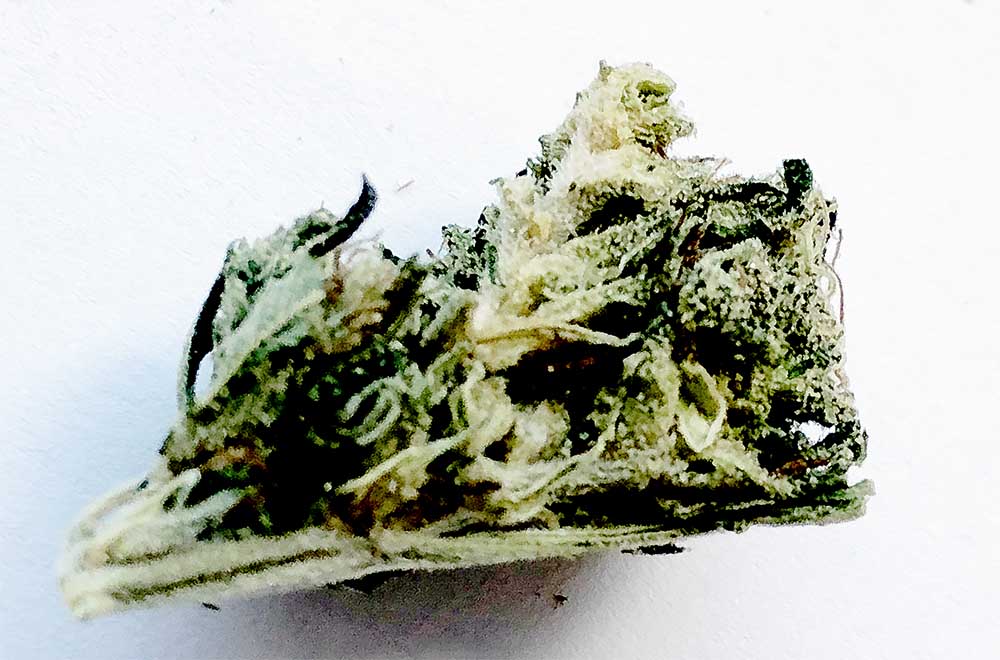 Notorious THC is a strain I’d never heard of and probably won’t ever see again, but WOW! it was really impressive…for about an hour or so.  It seems to be available to home growers in California and I searched lots of dispensaries in different states on leafly.com and weedmaps.com, but haven’t found it in commercial distribution anywhere. Perhaps it’s too difficult to grow or low yielding and commercial growers don’t want to fool with it. I wish it was available commercially as I don’t have the room or place where I can grow my cannabis.

At first, it was wonderful and then it was… I’m not sure. I’m not going to score this strain for a lot of reasons which you can read below, but I will describe the strain using our 100 point 4-20s review method. Notorious THC had the makings of a superior strain until … I don’t know if the problems I encountered were because of the genetics of the strain or the way it was grown.

There seems to be some confusion at the breeder level about what Notorious THC actually is. One seed company calls it hybrid and 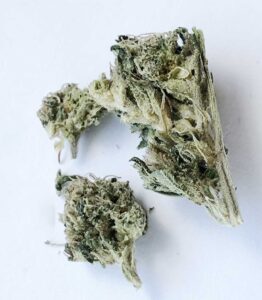 another calls it indica. There is a feminized (likely to produce a female plant) version and there’s an auto-flowering version that flowers after “x” number of weeks. The auto-flowering version is a bit disconcerting to me because in order to be ‘auto-flowering’, it has to have some cannabis ruderalis genes in it’s genetic makeup. Ruderalis is considered an ‘auto flowering’ plant as it blooms after a certain number of weeks, no matter how many hours of light the plant gets every day. Cannabis ruderalis, while it has some THC, is not a plant we look for when trying to consume the best bud possible.

There was nothing distinguishing about the way this strain looked pretty green buds with few stigma on them. It wasn’t particularly frosty, which is not necessarily an indication of quality.

Tangy. That was the first thing that came to mind. Tangy and somewhat ‘skunky’. Then there was a green, almost chlorophyll aroma and taste that can be a hallmark of homegrown weed that hasn’t been cured properly. The overall aroma after the green smell was  pleasant with some skunkiness and that almost citrus tang which is probably from limonene, a terpene that’s pretty common in cannabis flower. Limonene smells like uh, lemons!

Surprisingly, it tasted much like it smelled. It was a bit harsh and green tasting, which I attributed to the growers lack of knowledge to cure the plant properly. This problem isn’t limited to home growers. Big commercial production facilities, whether indoor or outdoor, sometimes have issues with their cure. It absolutely affects the taste and smoothness of the smoke. The ash from this strain was very dark, which is another indicator of a poor cure.

Here’s where Notorious THC got tricky. About 5 or so minutes after I consumed it, there was a very airy and open effect that had a lot of clarity. LOVED IT! The very open/creative feeling lasted for at least an hour. This sort of effect was contradictory to the breeder’s claim that Notorious THC is indica. It was much more of a ‘sativa’ effect. So the sativa effect lasted for an hour or so. Then it changed…for the worse. I got a bit nauseated. The effect got a bit overpowering and then I got a massive headache. This was after only two tokes. The next morning I had a ‘hangover’ which I never get from cannabis. Maybe it was the alcohol, except I didn’t consume any alcohol that night. I’ve been loath to try the strain again.

One other thing about the home grower; They may have used PGRs (plant growth regulators) without even knowing it as they were fertilizing their plants while they were growing. PGRs can have some strange effects on the flower and its terpenes, THC(s) and CBD(s) content and could potentially throw them out of balance. There’s no way to tell if they used PGRs and the grower may not have known it.

The strain also showed me that the whole of indica vs. sativa thing is a lot of hooey. One seed breeder calls it indica and another calls it hybrid. What is it actually? There has to be a better way to separate the different kinds of effects. One producer just labels their packages as energizing or relaxing. I DETEST prepacked cannabis. It’s dishonest. While I’m sure that many commercial operations who do prepackage their cannabis are honest, prepackaging somehow feels like they’re hiding something

Cannabis needs something akin to the taxonomy of wine. I don’t know what that might be, but I’m working on it.